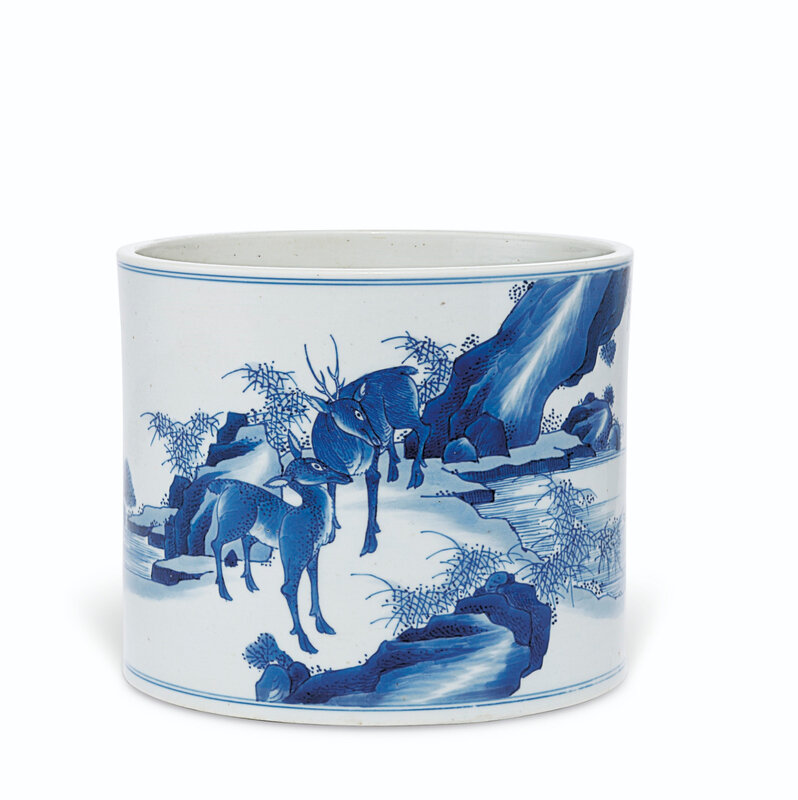 The cylindrical brush pot is finely decorated with an antlered stag and a doe standing on a rocky promontory on one side and a pair of standing cranes on the other side, all within a continuous scene of a riverscape interspersed with pines and grasses, and painted with a moon and a two-character mark shu gu (following the ancients) followed by two seals.

It is rare to find a Kangxi blue and white brush pot decorated with animals, such as the deer and crane, as on the current brush pot, rather than figures in a landscape or on a terrace. This subject matter is more often seen on vases from the Kangxi period, such as the two in the Palace Museum, Beijing, painted with a similarly vibrant blue, illustrated by Chen Runmin (ed.), Qing Shunzhi Kangxi Chao Qinghua Ci, Beijing, 2005, pp. 476-77, nos. 307 and 308.