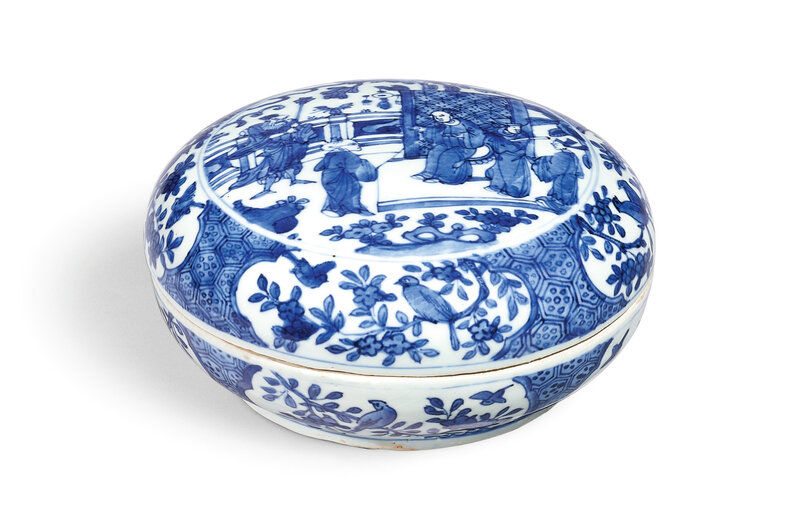 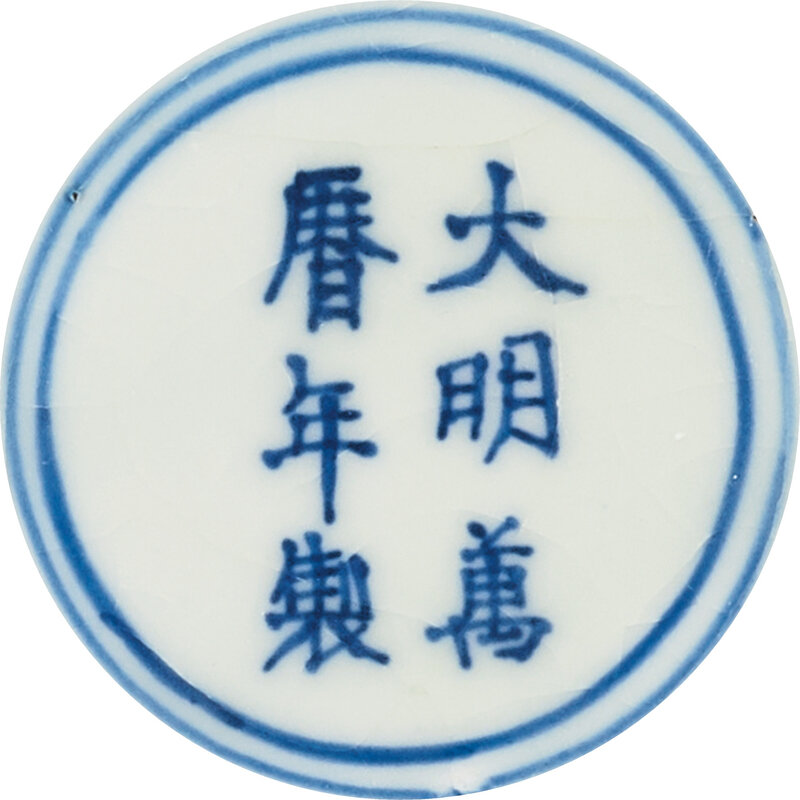 of circular section, the domed cover decorated with a medallion depicting a seated official with two attendants to his left whilst receiving two other officials, surrounded by a band of four lobed cartouches, each enclosing flowering branches and two birds, interrupted by a diapered ground of hexagonal motifs, the band similarly rendered on the sides of the box, all supported on a short foot, the interior of the box set with undulating flanges forming seven compartments simulating a floral bloom, the base inscribed with a six-character reign mark within a double circle, wood stand.

Commentaires sur A blue and white sweetmeat' box and cover, Mark and period of Wanli (1573-1619)