An exceptional and rare black-ground famille-verte 'chrysanthemum' bowl, mark and period of Yongzheng (1723-1735)

An exceptional and rare black-ground famille-verte 'chrysanthemum' bowl, mark and period of Yongzheng (1723-1735) 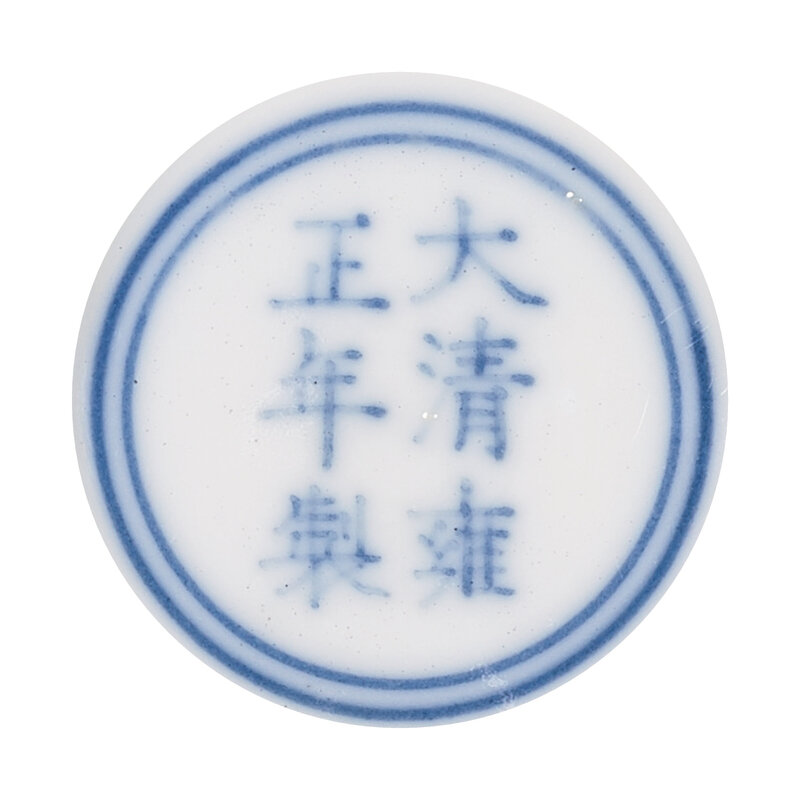 delicately potted with deep rounded sides supported on a short foot, the exterior superbly enamelled with a frieze formed of three detached leafy chrysanthemum scrolls, each rendered undulating and bearing three main chrysanthemum blooms and lush foliage, all below a band of 'horse-shoe' motifs and against a glossy black ground, the base left white and inscribed in underglaze blue with a six-character reign mark within a double circle.

Note: The current bowl, with its striking iridescent black ground, is an extremely rare example of a small group of black-ground wares produced in the Yongzheng period. Not only do they reflect the Emperor’s tendency of harking back to celebrated wares of the past, they also demonstrate the craftsmen’s high level of experimentation and ability to go above and beyond.

The colour scheme first appeared on a small number of pieces produced in the mid-15th century, whereby a layer of lead-based copper-green enamel was combined under a layer of cobalt, which upon firing, fused them together to create a glossy black glaze. Revived under the Kangxi reign as an extension of the famille-verte palette, vessels were enamelled with decoration against a black ground. See a pair of bowls vibrantly enamelled with floral scrolls against a black ground, dated to the Kangxi period, from the Avery Brundage Collection and now preserved in the Asian Art Museum of San Francisco, published on the Museum’s website, nos B60P1742 and B60P1743.

By the Yongzheng period, the porcelain body became finer, thus enabling the black enamel to achieve a glossier and more iridescent effect as seen on the present bowl. Despite the remarkable contrast from setting coloured enamels against a black ground, such wares and identical pieces are extremely rare due to the difficulties in producing them. The pair to the current piece is illustrated in Provenance, op.cit., pl. 138 right, and was probably the one included in the exhibition The Barbara Hutton Collection of Chinese Porcelain, Honolulu Academy of Arts, Honolulu, 1956, pl. XIIIa.

Compare two related bowls more densely decorated with varying floral blooms using a wider range of enamels, one from the Bruce and Jean Beaudette Collection, sold in our New York rooms, 28th May 1991, lot 290, and later in these rooms, 8th April 2007, lot 781; and another, sold in our London rooms, 6th November 2013, lot 77, from the Alfred Beit Foundation.

Compare also three black-ground dishes predominantly decorated in iron red as is the current bowl, but also painted with blue enamel, one in the Victoria and Albert Museum, London, gift of Julia C. Culland, illustrated in Rose Kerr, Chinese Ceramics, Porcelain of the Qing Dynasty 1644-1911, London, 1998, (rev. ed. 1998), no. 23; and a pair offered in An Important Collection of Chinese Ceramics, lot 3020.