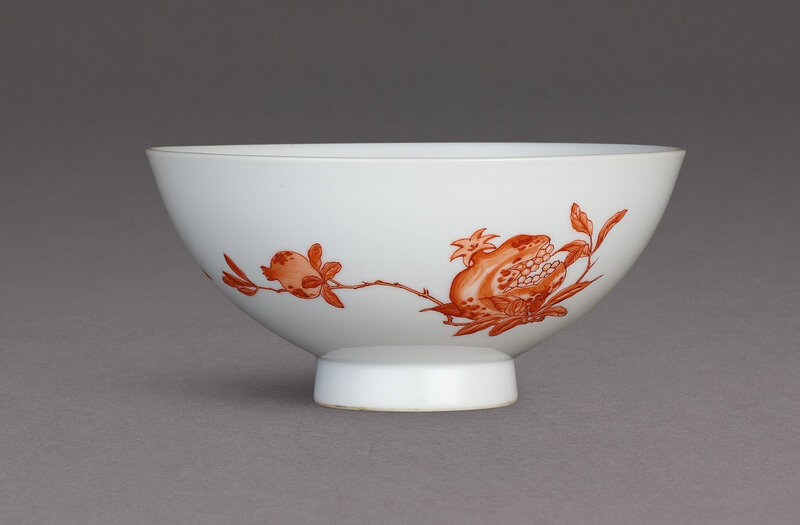 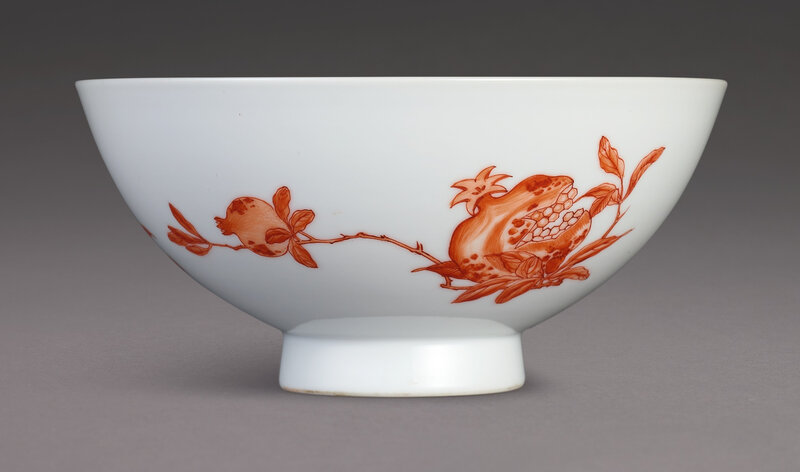 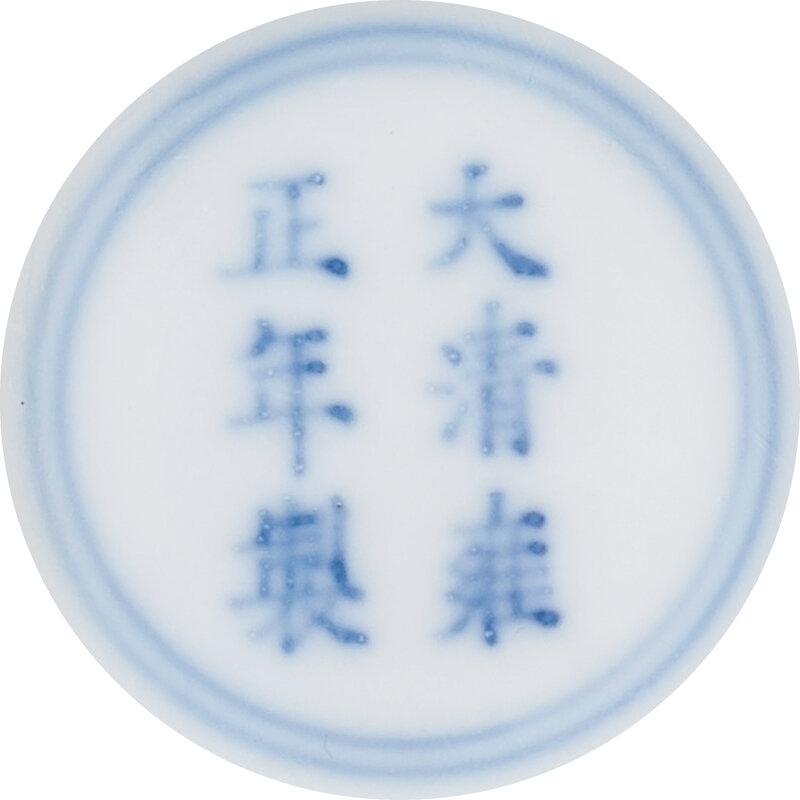 well potted with rounded sides rising from a splayed foot, the exterior finely painted in sophisticated shades of iron red, depicting three detached leafy branches of the sanduo (Three Abundances) including peaches, pomegranate and lychee, the interior similarly painted with two bats in flight, the base inscribed in underglaze blue with a six-character reign mark within a double circle.

Note: This exquisite bowl is remarkable for its detailed rendering of the sanduo (three abundances) motif. Iron red, which adheres in a thin, opaque layer, was masterfully utilised to capture the different textures of the fruits, from the ripe skin of the pomegranate and its dense array of seeds, to the leaves that bend in a highly naturalistic manner. Iron red was seldom used on its own prior to the Yongzheng reign, when all the enamels available to the potters at the imperial kilns in Jingdezhen, were closely scrutinised to identify their unique properties and possibilities.

Bowls painted with this motif in iron red are rare, and only another closely related example appears to be known: from the Meiyintang collection, illustrated in Regina Krahl, Chinese Ceramics from the Meiyintang Collection, vol. 2, London, 1994, pl. 785, and sold in these rooms, 7th April 2011, lot 5.

Sprays of fruiting pomegranate, peach and lychee represent a variation of the auspicious sanduo (‘three abundances’) motif, the lychee here replacing the more common finger citron. The lychee and pomegranate are both harbingers of an abundance of offspring: a pomegranate bursting with seeds expresses the wish for a hundred sons (liukai baizi), whilst the word for lychee (lizhi) is homophonous with “establishing a son” (lizi). The peach is a fruit associated with the goddess Xiwangmu, the Queen Mother of the West, in whose orchard peaches take 3,000 years to blossom and another to ripen, and hence peaches symbolise the wish for longevity.