A massive painted pottery figure of a camel and rider, Tang dynasty (618-907)

A massive painted pottery figure of a camel and rider, Tang dynasty (618-907) 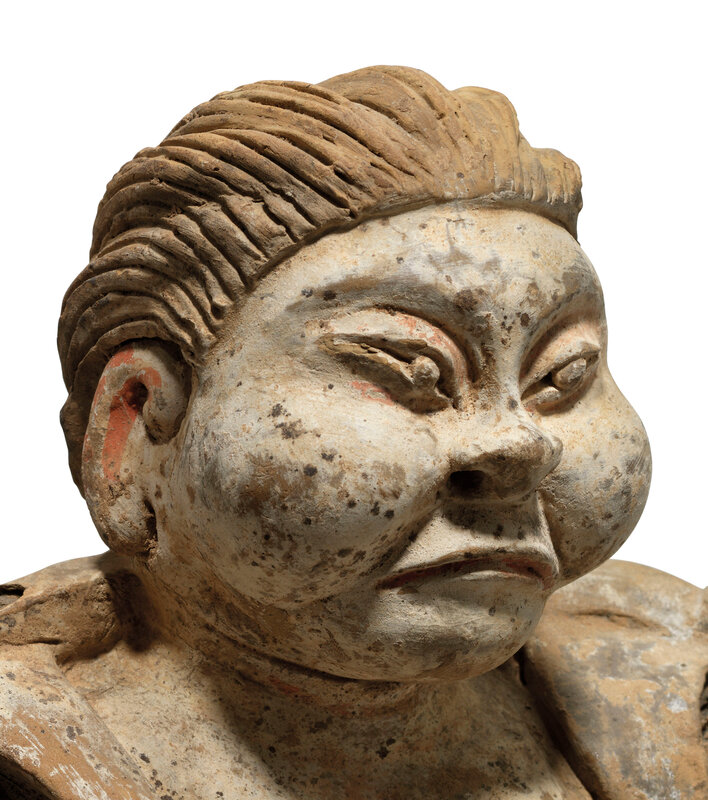 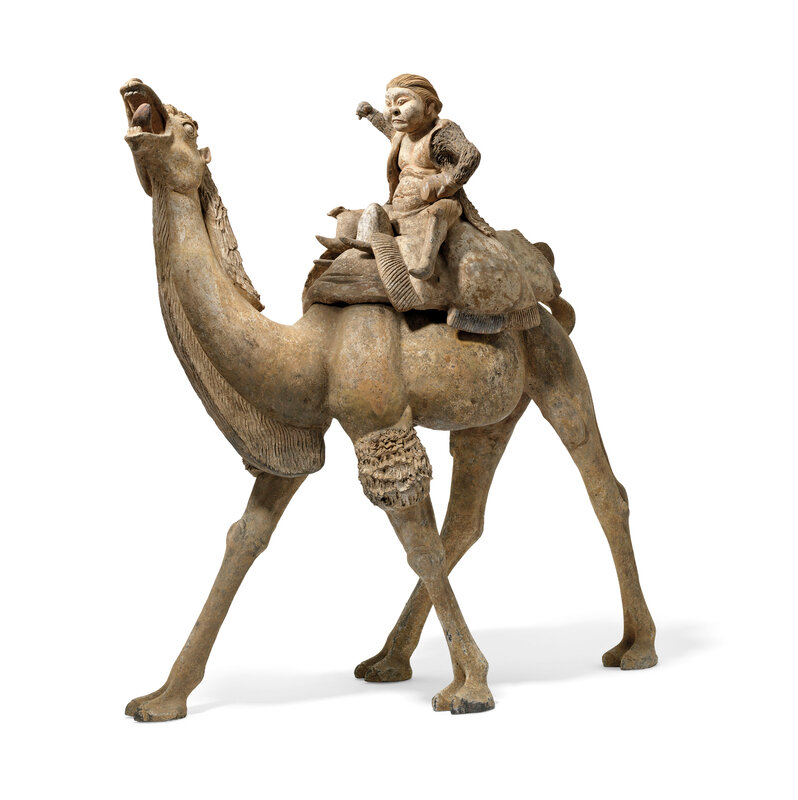 The large camel is modelled with its head slightly turned to the left with protruding eyes, flaring nostrils and ears lying against its neck, its mouth held wide open with its tongue hanging out to one side. A detachable saddle bag hangs between its humps and is surmounted by a bearded Sogdian rider, who is seated in a relaxed posture with his right arm raised to goad the camel, and the other hand holding a barrel to the side of his waist.

Note: This camel and rider belong to a group of Tang pottery that are remarkably realistic and each model appears to be unique. Figures of foreigners, perhaps a Turk or Sogdian, are generally used in such groupings of Tang pottery and reflects the prosperity of Tang China, one of the greatest empires in the medieval world, marked by successful diplomatic relationships and economic expansion along the silk roads. A related large painted pottery group of camel and foreign rider, dressed in a fur coat and wearing a large pointed hat, excavated from the tomb of Wang Chen (buried 679), Changzhi, Shaanxi province in 1954 and now in the Museum of Chinese History, Beijing, is illustrated by Li Jian (ed.), The Glory of the Silk Road. Art from Ancient China, The Dayton Art Institute, 2003, p. 170, pl. 85. Another related pottery figure of a Bactrian camel and rider from the The Chinhuatang Collection, was sold at Christie’s Hong Kong, Important Chinese Ceramics and Works or Art, 29 November 2017, lot 2919.

The result of Oxford Authentication Thermoluminescence Test number C102c48 is consistent with the dating of this lot.