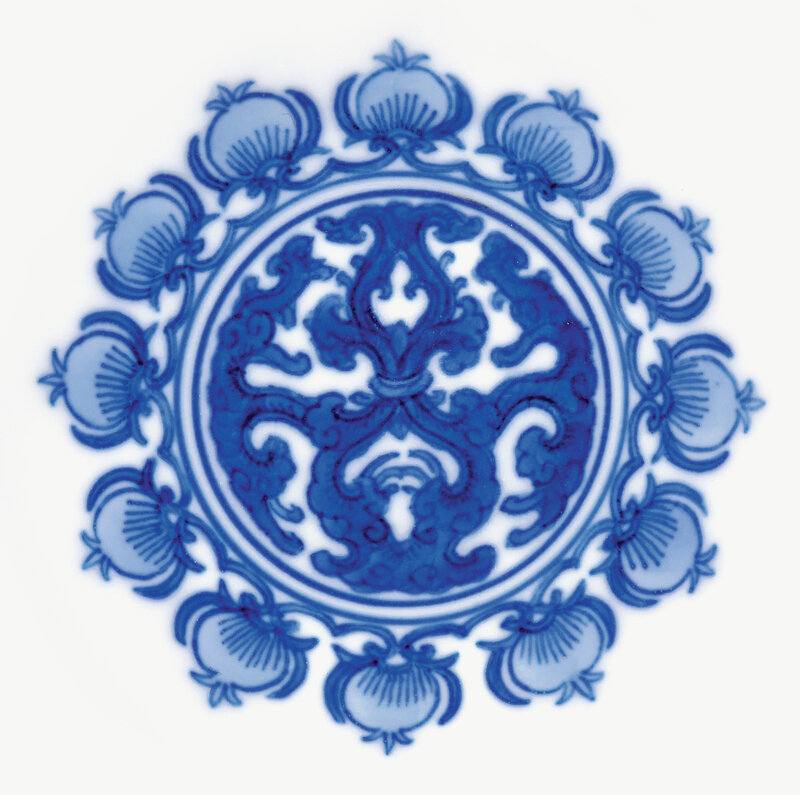 with gently rounded sides rising from a concave base to a slightly everted rim, painted to the exterior in rich tones of cobalt with four circular roundels each depicting a pair of interlaced archaistic kui dragons, repeated to the centre of the interior and surrounded by a border of stylised pomegranates, the base inscribed with a six-character reign mark within a double circle in underglaze blue.