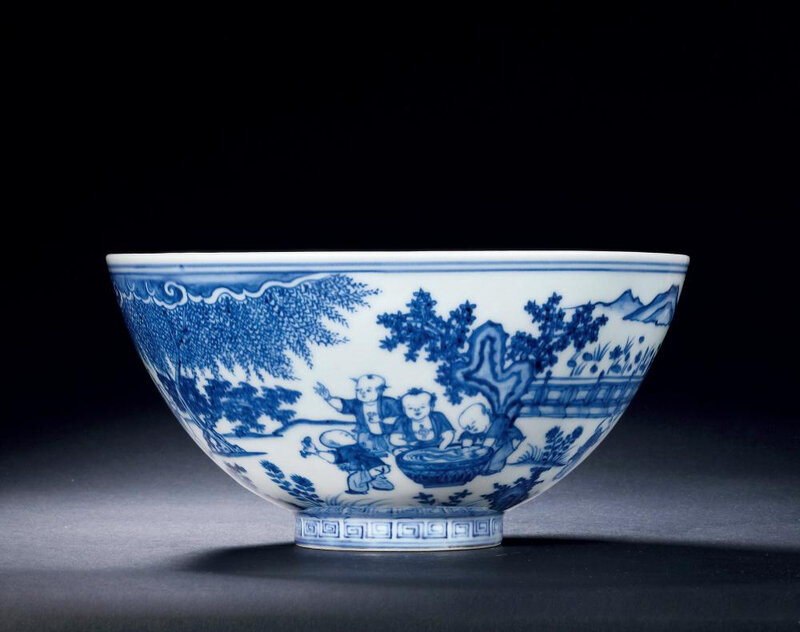 Four of the boys dressed in short-sleeved jackets and split-pants grouped around a fish bowl trying to catch fish with their hands, while three others pretend to be an official and attendants under a willow tree, one dressed in a long gown, wearing leaves as a cap and riding a hobby horse, followed by two others holding a lotus-leaf umbrella, while another small group in jackets and trousers plays a game on the ground, meanwhile on the other side by a fenced terrace overlooking a lotus-covered lake and distant hills, a group of five depicted in various poses, gesticulating, pouring water over a small toy stupa, or sitting on the ground next to cymbals and a swirling clapper drum. A double line encircles the mouth, while a keyfret band encircles the foot. The base and inner foot are covered with a smooth transparent glaze.