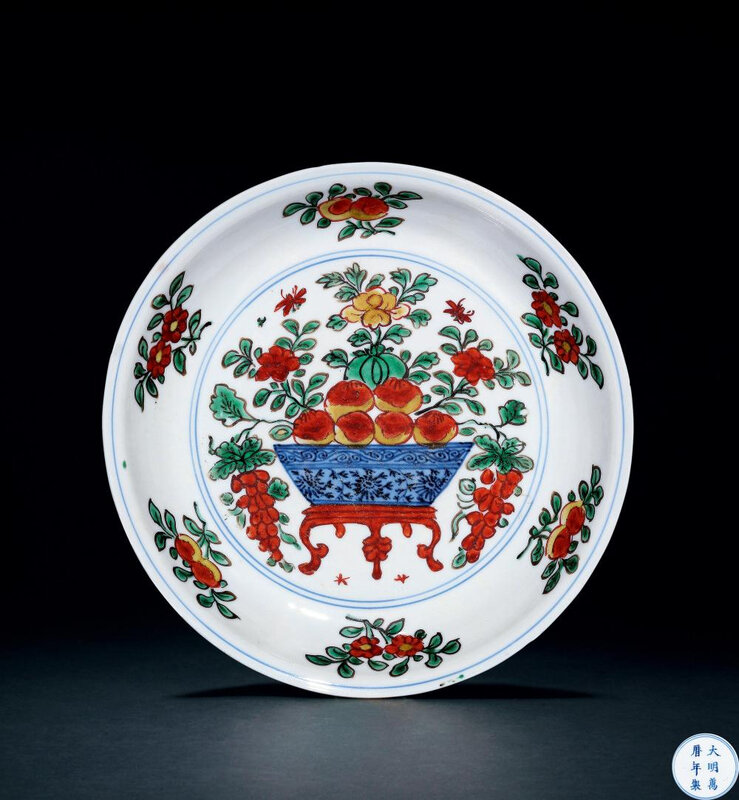 The domed cover is well painted with a slightly raised central panel freely painted in pale green enamel within black outlines, iron-red, and touches of yellow, with a jagged rock flanked by foliate sprays of lotus and camellia on one side, peony and chrysanthemum on the other, further surrounded by floral sprays of the same varieties around the border, all within double-line borders. The box was similarly decorated with two jagged rocks flanked by floral sprays bearing the same flowers and a yellow butterfly, all between double line-borders encircling the rim and foot, the interior glazed save for the interior rim left in the biscuit and fired to pale orange, the base inscribed in underglaze blue with a six-character reign mark within double circles.