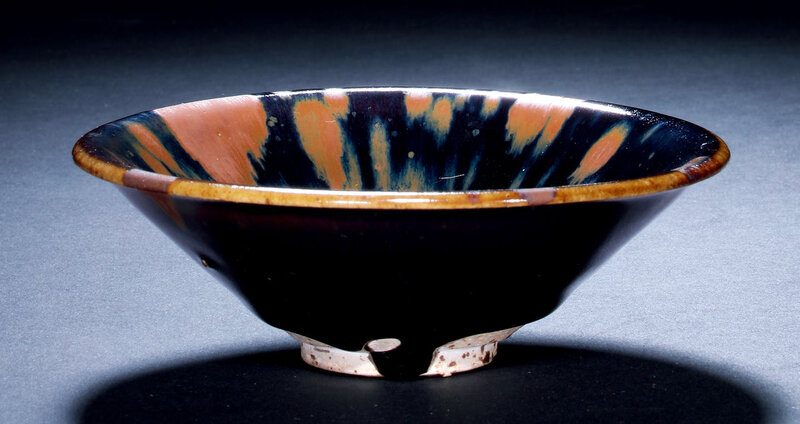 The bowl molded in conical form, the flaring sides rising from a slightly splayed foot to an everted rim, covered overall with a lustrous black glaze, thinning at the rim with radiating russet splashes extending downwards, the glaze stopping above the foot to reveal the pale gray stoneware body.

Note: Fine black-glazed wares was popular during the Song dynasty because of the emergence of tea drinking culture. Tea preparation contests were judged largely by the quality of the froth that they produced on the surface of the tea and how long it lasted. The pale froth could best be seen easily against a black ground, which contributed to the rising prominence of black-glazed bowls during that period.