El Greco, Goya and Sorolla at the Meadows this fall

El Greco, Goya and Sorolla at the Meadows this fall DALLAS, TX.- This fall, the Meadows Museum, SMU, presents two new exhibitions that bring exemplary works by masters of Spanish painting to the US. The Meadows is presenting 11 paintings produced by some of Spain’s most celebrated artists, drawn from the collection of England’s The Bowes Museum. Curated by Amanda Dotseth, El Greco, Goya, and a Taste for Spain: Highlights from The Bowes Museum marks the first time that works from that museum traveled to the US. Then, on October 18, the Meadows opened Sorolla in the Studio: An Exceptional Loan from an Important Spanish Collection, which examines the development of Joaquín Sorolla y Bastida’s distinctive modern approach. The exhibition is anchored by the artist’s 1902 painting Female Nude, which is privately-owned and being brought to the US for the first time in more than 100 years. Curated by Meadows Curatorial Fellow Daniel Ralston, Sorolla in the Studio also includes paintings and works on paper by the artist from the Meadows collection. Together, the exhibitions highlight the Meadows Museum’s commitment to securing critical loans that capture the depth and trajectory of Spanish art and to engaging American audiences with Spanish artists and movements. Both exhibitions will close on January 12, 2020.

“These two exhibitions help us to better understand the ongoing taste and interest for Spanish painting,” said Mark Roglán, the Linda P. and William A. Custard Director of the Meadows Museum. “The 19th-century collectors John and Joséphine Bowes stand out for the speed and acuity with which they built their incredible collection, one of the finest assembled during the Victorian era, which includes more than 70 examples of Spanish art. Just a half-century later, Joaquín Sorolla would be influenced by Velázquez’s famous ‘Rokeby Venus’ to paint his transformative work Female Nude, marking an important moment in the artist’s career. Together, these shows demonstrate the enduring impact of Spanish art—and our mission to bring these works to North American audiences.” 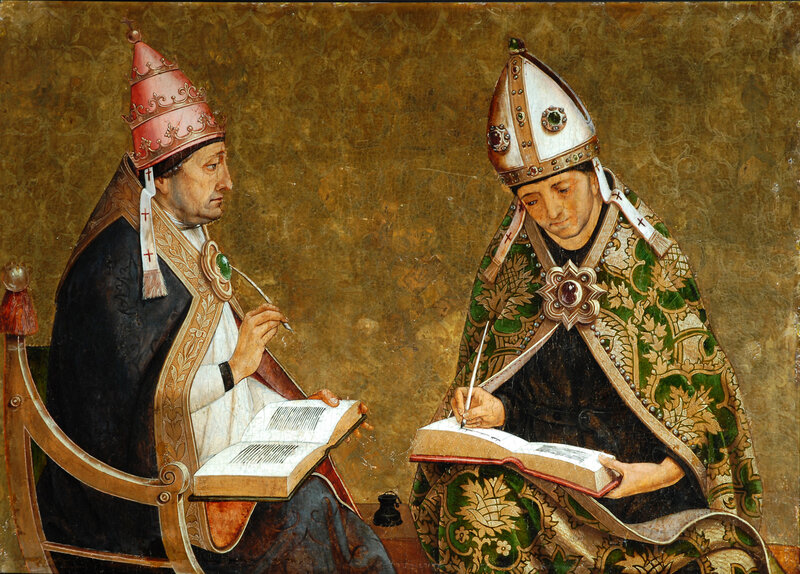 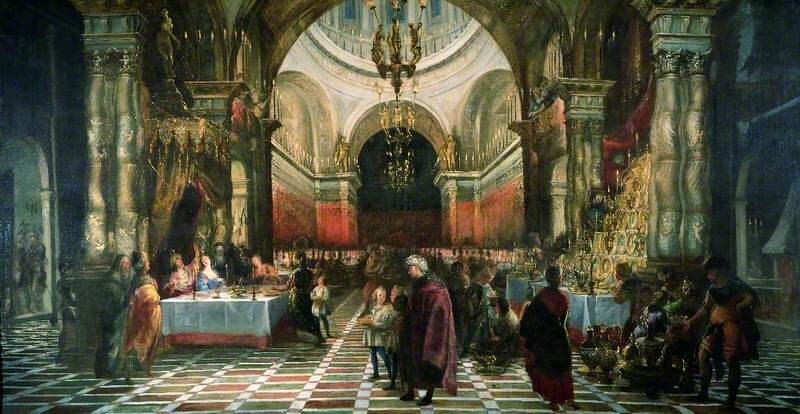 El Greco, Goya, and a Taste for Spain: Highlights from The Bowes Museum
The son of a British aristocrat, prominent Northeast England landowner, John Bowes (1811–1885) pursued an interest in politics, business, and the arts during his lifetime, becoming a part of English and French high society. Joséphine Coffin-Chevallier (1825–1874) was a French actress, painter, and the daughter of a clockmaker. After their marriage in 1852, John and Joséphine’s shared passion for the arts prompted them to create a public museum in the market town of Barnard Castle, near John’s estate. Using John’s wealth and influence, along with Joséphine’s intuitive eye, the couple began acquiring art in 1860, with a strong focus on underappreciated Spanish works of the time. Between the years 1862 and 1874, John and Joséphine would amass a collection of approximately 15,000 paintings and objects—from silver to tapestries. This also included 102 Spanish paintings, creating within The Bowes Museum one of the most comprehensive collections of Spanish art in the British Isles. Unfortunately, neither John nor Josephine would live to see the completion of their museum, which opened to the public in 1892.

John and Joséphine’s interest in Spanish painting came on the recommendation of one of their art dealers, who identified an important opportunity following the death of Conde Francisco Javier de Quinto y Cortés in 1860. A Spanish politician, de Quinto was also the director of the Museo de la Trinidad in Madrid and an established collector. After the Conde de Quinto’s death, his collection was auctioned in Paris in 1863; the 11 works presented in this exhibition are all works the Boweses acquired from that collection. The exhibition also includes selected archival materials that demonstrate John and Josephine’s process of collecting, such as the catalogue from the de Quinto sale with John Bowes’s annotations. Religious themes and iconography are displayed in most of these works. Other works, such as Francisco de Goya’s (1746–1828) Interior of Prison (1793–94), track the evolution of Spanish art at the end of the 18th century—from depictions of the monarchy or Catholic saints, to a minimalistic focus on literary figures and social injustices. It is this range in thematic resonance and style—from the vivid and spiritual depictions of El Greco, to the restrained and naturalistic work of Goya—that identify these 11 Spanish works as some of the most important of the Boweses’ collection.

“This exhibition is, in a sense, telling two histories: one about artistic production in Spain in the 16th through 18th centuries, and the other about its modern legacy,” said Amanda W. Dotseth, Curator at the Meadows Museum. “In the 19th century, the Conde de Quinto built an important private collection of historic Spanish paintings. John and Joséphine later recognized the collection’s edifying potential by purchasing key works to include in their public museum. In so doing, they ensured Spanish art would have a prominent role among the museum’s diverse collections. The Boweses were ahead of their time for collecting Spanish art a century before the Meadows Museum opened its doors to the public in 1965.” 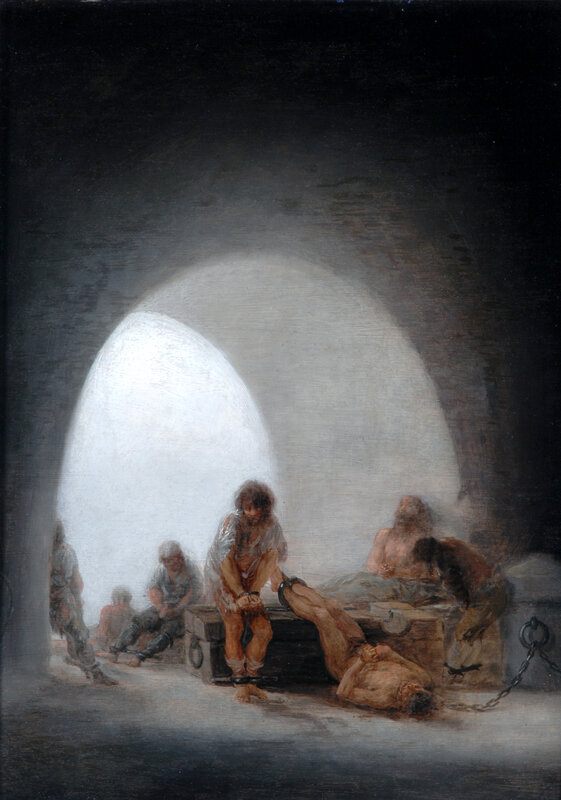 Sorolla in the Studio
Joaquín Sorolla y Bastida (1863–1923) was already a well-established artist when he painted Female Nude in 1902, an intimate and exquisite painting of his wife. The work was inspired by Sorolla’s desire to create a painting that would rival Diego Velázquez’s (1599–1660) The Toilet of Venus (1647–51), a masterpiece of Spanish Golden Age painting that Sorolla saw at its then-home at Rokeby Park in northern England. While Female Nude is an homage to Velázquez, it also captures Sorolla’s artistic mastery and distinct style.

Female Nude was long held in Sorolla’s personal collection, where it was on prominent display in his studio. In 1911, the painting first visited the US for exhibitions at the Art Institute of Chicago and the then City Art Museum in St. Louis. This fall, Female Nude returns to the US for the first time since those 1911 exhibitions, as a long-term loan to the Meadows Museum from a private collection in Spain. To celebrate the arrival of this important work, the Meadows explores a key period in Sorolla’s life, looking at his artistic process and the evolution of his work in a variety of media between 1902 and 1906.

In addition to Female Nude, Sorolla in the Studio draws on paintings in the Museum’s collection, such as The Blind Man of Toledo (1906) and Valencia Beach (c. 1904-5), as well as several works on paper acquired by the Meadows last year from the artist’s descendants. Together, these works show how Sorolla developed initial compositional ideas in loose, quickly rendered sketches and transformed them into masterful large-scale paintings.

“In the fertile period that this exhibition considers, Sorolla consolidated his brilliant and gestural style, intensified his engagement with the history of Spanish art, and cultivated all of his most characteristic subjects: representations of family, searching portraits, Spanish landscapes, and sunlit Mediterranean beach scenes,” said Daniel Ralston, Meadows Curatorial Fellow and curator of the exhibition. “This is an opportunity to study the artist’s compositional process at a crucial moment in his career, as he consolidated not only his international renown but also his place in the history of Spanish art.” 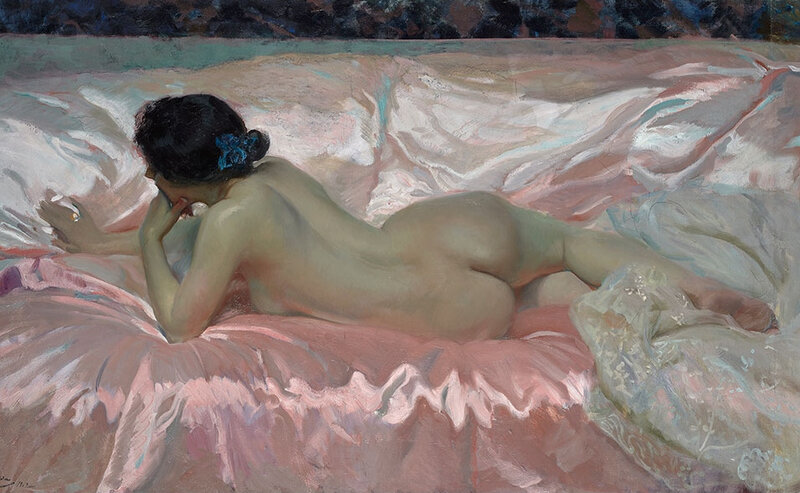 Commentaires sur El Greco, Goya and Sorolla at the Meadows this fall