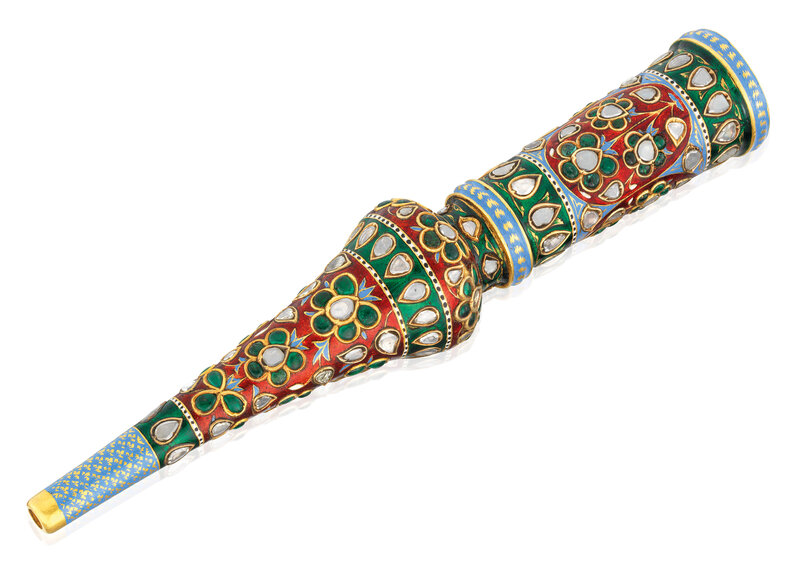 Set with diamonds and emeralds, on a green and red enamelled ground further enhanced with white, lilac and black enamels.

Note: The hookah (waterpipe) is comprised of a few component parts, the mouthpiece, a long tube, the huqqa base, and a detachable tobacco bowl. It would have been customary for a detailed mouthpiece, such as the present lot, to have also been accompanied by an equally ornamental bowl and pipe (Beijing, 2015, p.252, no. 161). The munal (mouthpiece) was considered the most important part, as it was the intimate and personal part of the waterpipe. During the mid-18th century onwards, the waterpipe became a popular feature in courtly portraiture painting, showing its widespread popularity and its evocation of high status.