A small gem set gold pendant in the form of a bird, India, 18th century

A small gem set gold pendant in the form of a bird, India, 18th century 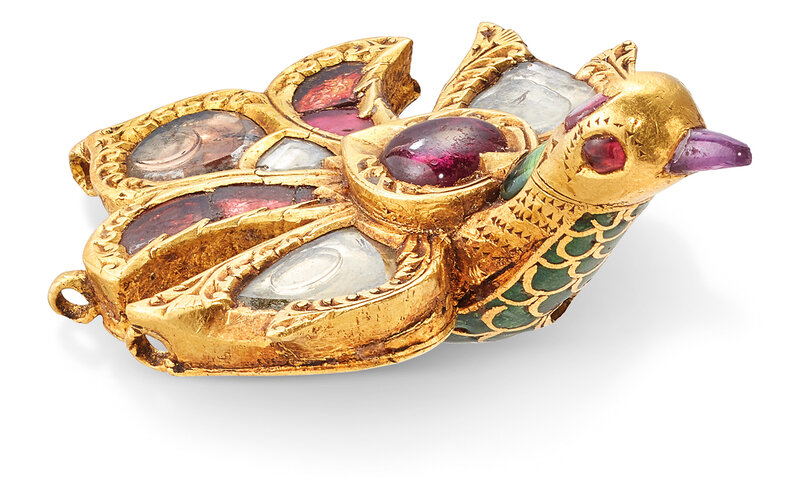 Note: The present pendant takes the form of a bird in flight, with its wings outstretched. A pendant such as this would have been suspended around the neck, through the subtle eyelets on the top of each wing. The depiction of the bird in flight creates a talismanic and powerful connotation to the viewer. It has been suggested that this heraldic form of the bird emerged in India due to popularity in Europe during the sixteenth and seventeen centuries. It is conceivable that it was introduced to court dress following exposure to Italian travellers at the centralised Mughal court (Beijing, 2015, p.236, no. 150).

The piece is attributed to the Deccan, due to the green and blue enamel palette offset against the carved kundan setting. A selection of precious stones are inset into the front of the piece, which is typical of pendants of this kind. Its idiosyncrasy is that it showcases the cloisonné technique, unusual to Indian enamel work.