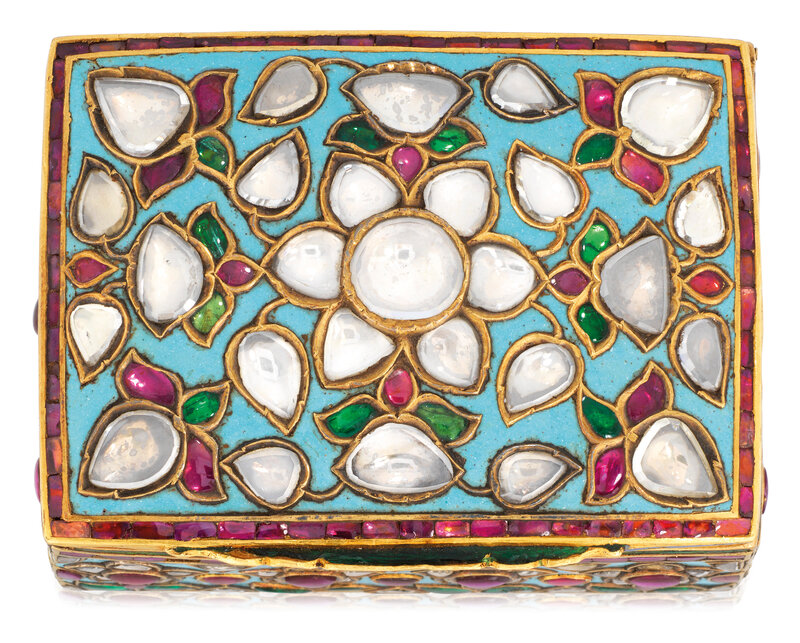 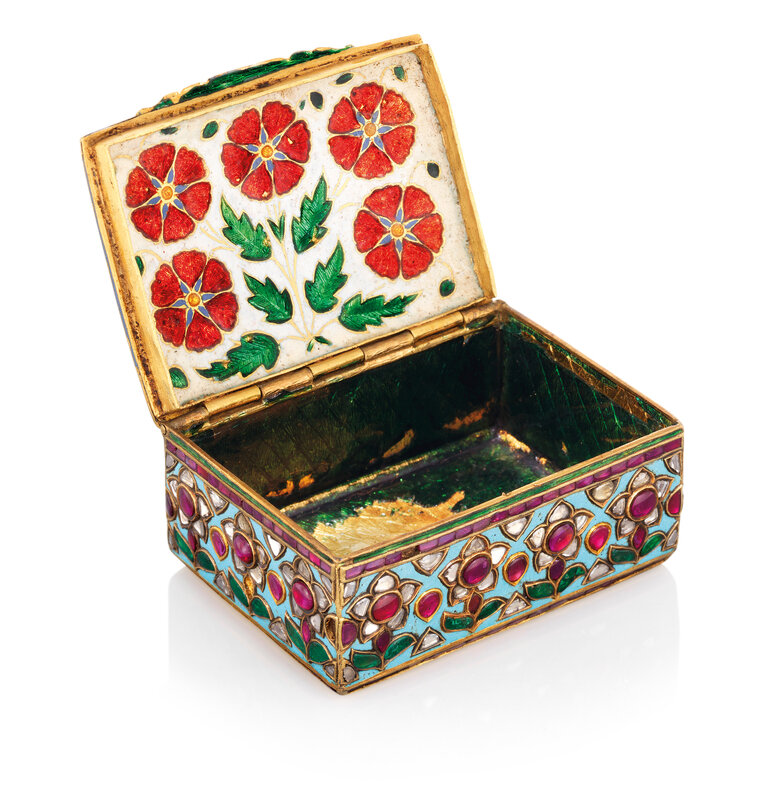 Note: The rectangular form, hinged cover and the extruded shaped thumb piece on the fore-edge of the lid of this elegant box are clearly taken from European models. European jewellers were highly prized at the Mughal court for their innovative techniques, including the introduction of enamelling which transformed the art of the Indian jeweller. Two closely related boxes are in the al-Sabah Collection, (Keene and Kaoukji, 2001, p.73, nos. 6.27 and particularly 6.28). The decoration and form of no.6.27, with its row of stocky flowers around the sides closely resembles our box. The turquoise colour used for the ground here is highly unusual, being found only on a small number of other Indian artefacts, including the interior of no.6.26. A sword with similar coloured ground on the hilt and locket in the same collection, formerly sold at Christie’s, London, 19-20 April 1999, lot 407, is worked with classic Mughal mid-17th century single flowering irises (op.cit., p.72-3, no.6.26). It has been suggested that the colour might have been made in imitation of the ubiquitous turquoise ground found on Chinese enamelled objects.