The art, origins and enduring relevance of one of the world’s major religions: Buddhism opens at the British Library

The art, origins and enduring relevance of one of the world’s major religions: Buddhism opens at the British Library Buddhism (25 October 2019 – 23 February 2020) is a major exhibition, spanning 20 countries over 2000 years, exploring the roots, philosophy and contemporary relevance of one of the world’s major religions, from its beginnings in north India in the 6th century BCE, to having over 500 million followers across the world today.

Exploring the three main schools of Buddhism –Theravada, Mahayana and Vajrayana – the British Library’s largest ever display of Buddhist collection items highlights the theory, practice and art of Buddhism, examines the enduring iconography of the Buddha and considers what it means to be Buddhist today.

The exhibition also features contemporary art from Hong Kong, Singapore, Japan and Taiwan as well as ritual objects used in Buddhist practice that provide a window into everyday life in Buddhist communities in the 21st century.

Encompassing the life of the Buddha, Buddhist philosophy, the spread of Buddhism and Buddhist practice today, highlight items include:

A 7.6 metre-long 19th century Burmese illustrated manuscript, going on display at the Library for the first time, detailing the early life of the Buddha

The most comprehensive woodblock-printed work depicting and describing scenes from the life of the Buddha, including 208 beautiful hand-coloured illustrations from China, created in 1808. Woodblock printed work depicting and describing scenes from the life of the Buddha dated 1808, © British Library Board

A copy of the Lotus Sūtra in a lavishly decorated scroll from Japan, written in gold and silver ink on indigo-dyed paper dating back to 1636, one of the most popular and most influential Buddhist texts of Mahayana Buddhism A copy of the Lotus Sūtra in a lavishly decorated scroll from Japan, c.1636. © British Library Board

A rare Buddhist manuscript in the shape of a bar of gold from Thailand dated 1917, known as Sankhara bhajani kyam, going on display for the first time

The Hyakumantō darani or ‘One Million Pagoda Dharani,’ the oldest extant examples of printing in Japan and some of the earliest in the world, dating 764-770 CE The Hyakumantō darani or 'One Million Pagoda Dharani,' dating 764-770 CE. © British Library Board.

One of the oldest illustrated extant palm leaf manuscripts, Pancharaksha, an illustrated ritual text on the Five Protections from Nepal, dated 1130-1150 CE A lavishly gilded and lacquered Thai palm leaf manuscript with new research revealing it was commissioned by a queen of Siam, with a silk cover designed by her, demonstrating the role of women in Buddhism, 19th century An 18th-century copy of the Tibetan Book Bar do thos grol, a guide through the stages between death and rebirth, commonly known in the West as ‘Tibetan Book of the Dead,’ which helped popularise Buddhism in the 20th century in Europe 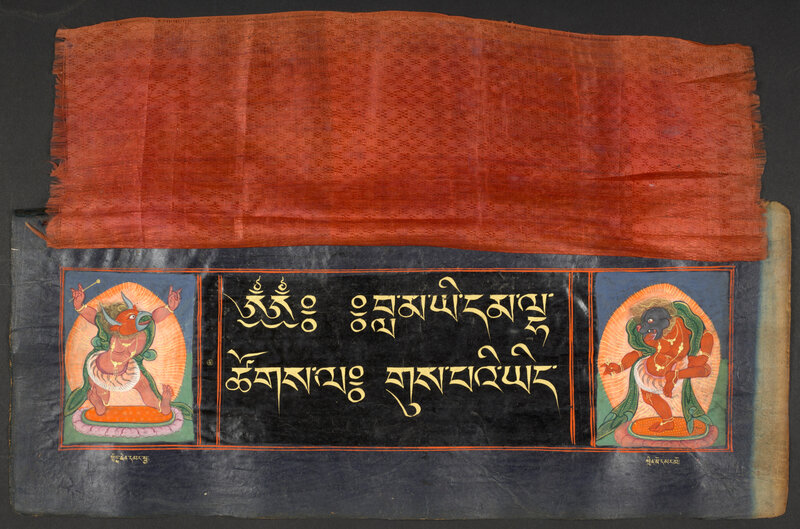 An 18th century copy of the Tibetan Book 'bar do thos grol', known in the West as 'Tibetan Book of the Dead'. © British Library Board.

An illustrated manuscript of the Guanyin Sutra from Dunhuang, showing a rare early depiction of a woman giving birth after she and her husband have prayed to the bodhisattva Guanyin, 9th – 10th century. An illustrated manuscript of the Guanyin Sūtra from Dunhuang, 9th–10th century. © British Library Board.

Jana Igunma, lead curator of Buddhism at the British Library, said: ‘Buddhism is the first show of its kind at the British Library, showcasing treasures from one of the world’s richest collections of Asian manuscripts. Visitors will be able to see for themselves the range and richness of this beautiful art that spans 2,000 years of Buddhist texts such as illuminated scrolls, painted palm leaves and banner paintings. They will learn about the life of the Buddha and his teachings, and discover what it means to be Buddhist today, bearing in mind the growing contemporary relevance of mindfulness, compassion and loving kindness.’ 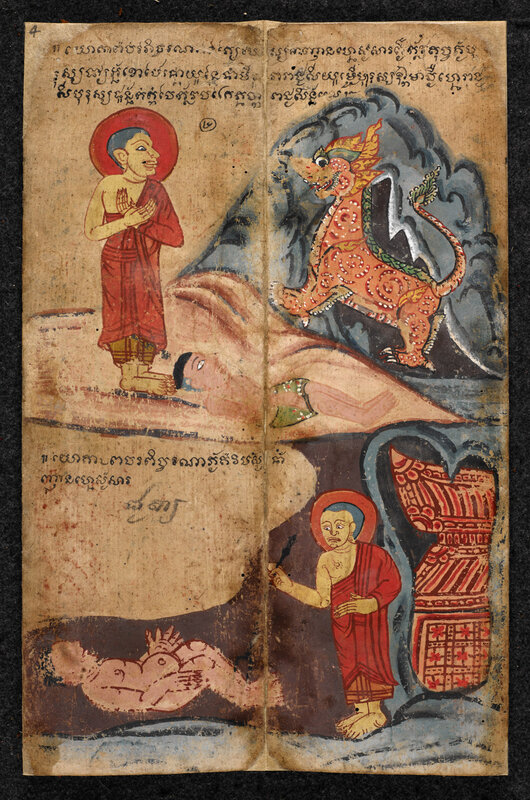 Two of the Sacred Books of the Buddhists 18-19th century. © British Library Board.

Scenes from the Buddha's previous incarnations, in a 19th century Burmese manuscript. © British Library Board.

Commentaires sur The art, origins and enduring relevance of one of the world’s major religions: Buddhism opens at the British Library