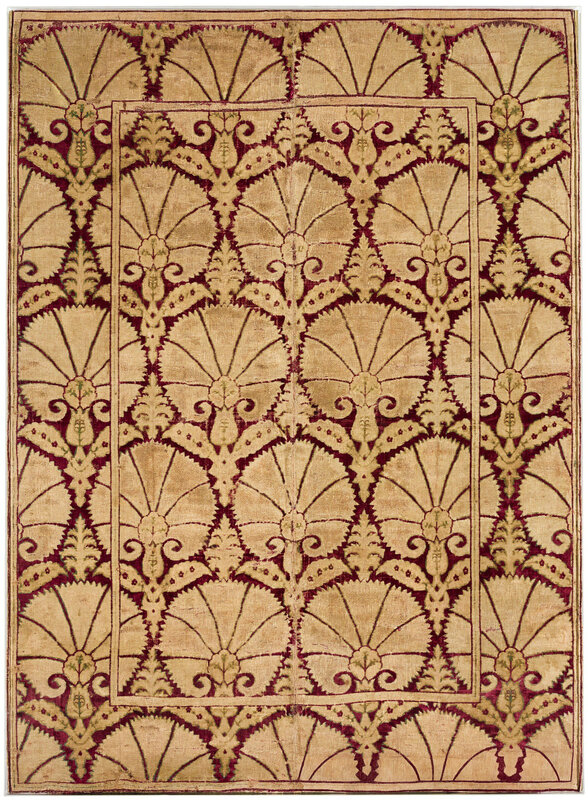 with a repeating design of metal-thread fan shaped carnations each with seven serrated petals, supported by palm leaves, on a crimson silk velvet ground, with a complementary border formed by the overlaying frame formed of two open stripes at both the inner and outer edges, mounted and set in plexiglass frame.

Note: Such panels were originally used as hangings or divan covers in wealthy households in Istanbul. Its central fan-shaped carnation palmette is one of the most popular motifs found in çatma velvets. Çatmas identical to the present one are in the Calouste Gulbenkian Museum in Lisbon (inv.no. 1425) and the Polish National Museum, Kracow (inv.no. XIX-4525). For further comparable examples, see Atasoy et al, 2001, fig.348. For velvets featuring different variations of the carnation palmette as the dominant motif see ibid. figs.342-7.

Another çatma panel bearing a similar design, from the collection of Argine Benaki Salvago, was sold in these rooms, 26 April 2017, lot 140.