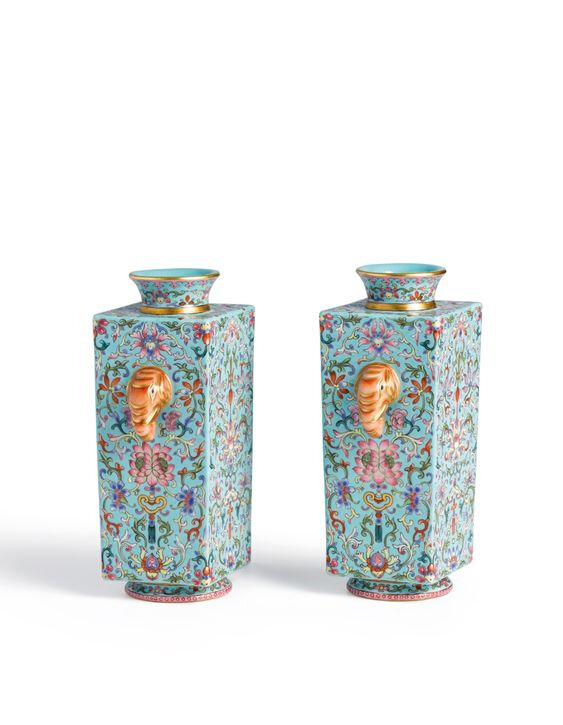 each modelled after the archaic jade cong, with a square-sectioned body set between a round neck and foot, two sides set with moulded iron-red elephant-head handles, decorated overall with a formal flower-scroll design, symmetrically arranged, the front and back with a large stylised lotus bloom in the centre, with a gilded halberd above and a pendant musical chime with a tassel below, surrounded by further scrolling flowers, the other sides with naturalistic double-lotus flowers in the centre, with pendant ruyi below, all reserved on a turquoise ground, the flared neck with further floral sprays between gilded bands, the interior neck and base enamelled in turquoise, the base inscribed in iron-red with a six-character reign mark.

Note: Although these vases are most characteristic in form and ornamentation of the late 18th century, no other example of the same design appears to be recorded.