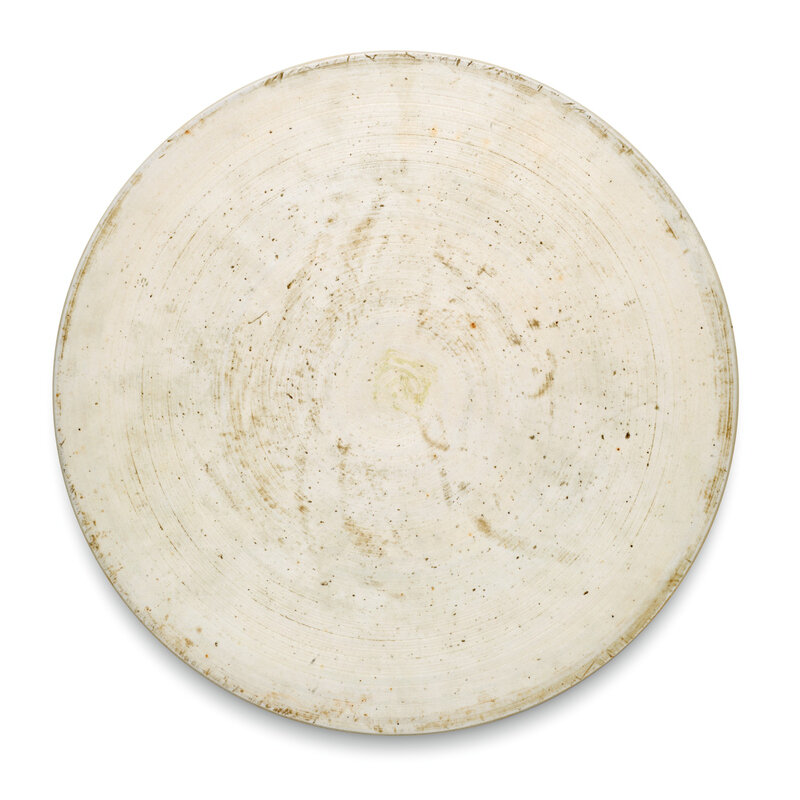 of flattened circular form, painted on one side with a sinuous leaping five-clawed dragon and a swooping phoenix in pursuit of a flaming pearl amidst flames and ruyi-shaped clouds, all within a stylised scroll border.

Note: The design on this little cup is based on a Ming dynasty Chenghua prototype, compare, for example, a doucai bowl excavated from the waste heaps of the Ming Imperial kilns at Jingdezhen, included in the exhibition A Legacy of Chenghua, the Tsui Museum of Art, Hong Kong, 1993, cat. no. C119.