A fine and very rare Guan-type hexagonal vase, hu, Yongzheng six-character seal mark in underglaze blue and of the period

A fine and very rare Guan-type hexagonal vase, hu, Yongzheng six-character seal mark in underglaze blue and of the period 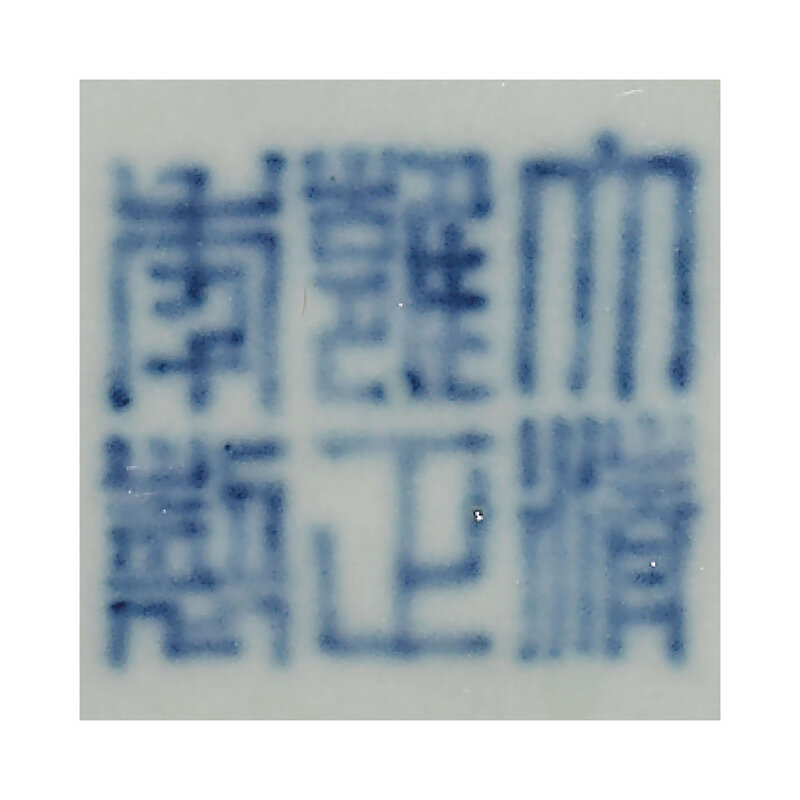 The vase is of compressed hexagonal section, the body with a prominent shoulder rising to a waisted neck with slightly lipped rim, the neck flanked by a pair of tubular handles, all supported on a high flared foot, covered overall in a greyish-blue glaze with fine-crackling, Japanese wood box. Note: This very rare vase reflects the Yongzheng Emperor's deep interest in archaism. The crackled celadon glaze is the outcome of the attempt to reproduce the lustrous glaze found on Guan wares made for the Southern Song (AD 1127-1279) court, while its shape is modelled after that of bronze and gilt-bronze vessels of the Zhou (C.1100-256BC) and Han (206 BC-AD 220) dynasties.

Compare with a Yongzheng-marked vase of similar form but covered in a Ru-type glaze, sold at Christie’s Hong Kong, 26 April 2004, lot 946; and another one sold at Sotheby's Hong Kong, 29 April 1997, lot 577. Compare also to a Yongzheng vase of this shape covered in a ge-type glaze, illustrated in The Special Exhibition of K'ang-hsi, Yung-cheng and Ch'ien-lung Porcelain Ware from the Ch'ing Dynasty in the National Palace Museum, Taipei, 1986, no. 63.