NEW YORK, NY.- Yesterday’s sale was led by Claude Monet’s Charing Cross Bridge from 1903, which sold for $27.6 million, one of the finest examples from Monet’s seminal London series ever to appear at auction. Previously in the collection of Andrea Klepetar-Fallek for the past 40 years, the luminous canvas achieved the highest auction price for the subject by Monet. The previous auction record of $4.1 million was established in 1992, with only one other painting of Charing Cross Bridge appearing at auction since 2000.

The painting joins a group of nine works by Monet that Sotheby’s sold in 2019 for a total of $222.6 million. Each of Sotheby’s four Impressionist & Modern Art Evening Sales in 2019 have been led by a Monet painting, one of which, Meules from 1890, established a new world auction record for the artist when it sold for an astounding $110.7 million this past May in New York.

A new world auction record was established for Tamara de Lempicka when La Tunique rose bested the $8 million high estimate to sell to applause for $13.4 million. Painted in 1927, the seductive canvas depicts one of Lempicka’s most famed muses and lovers, Rafaëla, and is a rare example of the female artist’s full-length figures. The previous auction record for Lempicka was established in November 2018, when La Musicienne from 1929 sold for $9.1 million. The selection of sculpture on offer was led by Alberto Giacometti’s Buste d’homme (Diego au blouson), which soared past its $8 million high estimate to fetch $14.3 million after a 6-minute bidding battle between at least 7 collectors. Having remained in the same private collection since 1987, the magnificent bronze sculpture depicts the artist’s brother and one of his most frequent subjects, Diego, and dates from the most important period in Giacometti’s oeuvre – the mid-to-late 1940s and early 1950s, a period in which the artist created his most celebrated and best-known works. 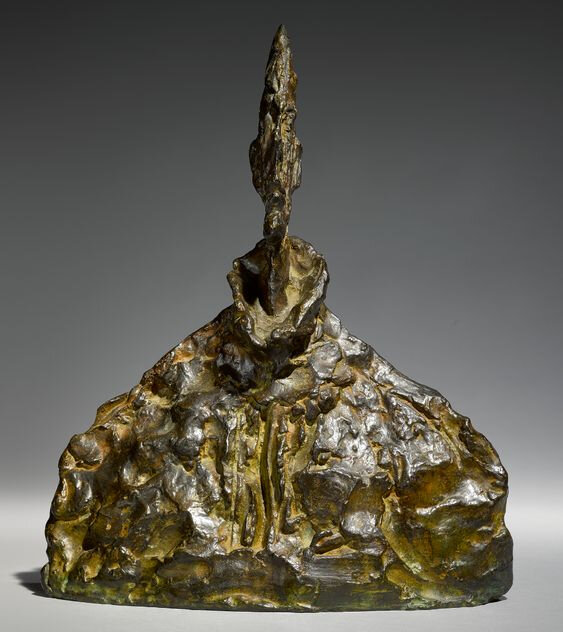 Other sculpture highlights included Auguste Rodin’s Cariatide tombée portant sa pierre, agrandissement d'un tiers – an eloquent representation of Rodin’s artistic vision and sheer mastery of the medium, which bested the $6 million high estimate to realize $7.6 million. Sold on behalf of the Ruthmere Museum in Elkhart, Indiana, the captivating work is an incredibly rare example of Rodin’s limestone sculptures and depicts one of the artist’s most recognizable and sought-after subjects, originally designed as part of Rodin’s monumental Gates of Hell. The work was commissioned from the artist by collector Berthe Dumon, who became entranced by a plaster form of the work during a visit to Rodin’s studio in February 1894. 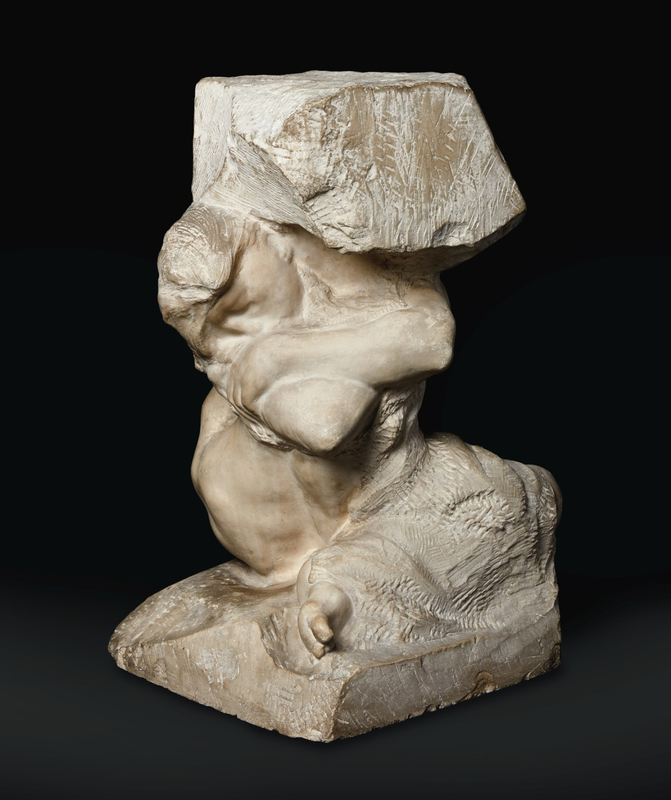 Gustave Caillebotte’s final painting in a series of four portraits of Richard Gallo, his good friend and most frequently portrayed figure, Richard Gallo et son chien Dick, au Petit-Gennevilliers sold for $19.7 million. The 1894 work is the only example of Caillebotte’s renderings of Gallo remaining in private hands and epitomizes Impressionist portraiture and landscape painting on an impressive scale. Gallo was the Egyptian-born son of a French banker who settled in Paris in 1869 and befriended the artist at school. Gallo would go on to become the editor of the newspaper Le Constitutionnel and maintained his friendship with Caillebotte and his brother Martial for years to follow. While little more is known about Gallo, the frequency with which he is portrayed in Caillebotte’s oeuvre stands as a testament to the pair’s lasting friendship. The other three portraits of Gallo by Caillebotte currently reside in museum collections. The largest and most vivid of the 12 works that comprise Paul Signac’s Istanbul series, La Corne d'Or (Constantinople) from 1907 achieved $16.2 million. Depicting a lush, textural surface comprised of rectangular brushstrokes, the painting captures the grandeur, history and unique quality of light and color that filled the ancient city and once belonged to the Cachin-Signac family for 70 years. Francoise Cachin was the leading Signac expert and author of the artist’s catalogue raisonnée, as well as director of the Museums of France. One of the earliest works featuring René Magritte’s favored stone motif, La Légende des siècles from 1950, surpassed the $6 million high estimate to sell for $8.6 million in its auction debut, having been held in the same family collection since it was gifted by Magritte to a friend of his brother, Jean Debernardi. The work is the third and most complex oil version on this theme that Magritte painted in 1950; the largest of the three versions is in the collection of the Scottish National Gallery of Modern Art in Edinburgh. August Uribe, Head of Sotheby’s Impressionist & Modern Art Department in New York, commented: “Tonight marks the fourth consecutive Impressionist & Modern Art Evening Sale at Sotheby’s to be led by Claude Monet, demonstrating the continued strength of the auction market for this iconic artist. In total, nine works by Monet have achieved a market-leading $292 million across our international salesrooms this year alone. Charing Cross Bridge was one of the many works appearing at auction tonight for the first time, having remained in the private collection of Andrea Klepetar-Fallek for more than 40 years. This is a sophisticated market that responds to the very best, and we saw international competition tonight for fresh works of the highest quality.”

Julian Dawes, Head of Sotheby’s Impressionist & Modern Art Evening Sales in New York, said: “Tonight’s sale reflected the depth and strength of the Impressionist & Modern art market at every level. We witnessed heated bidding between at least seven collectors for Alberto Giacometti’s bust of his brother Diego, which brought one of the top prices for this iconic subject, as well as competition for Tamara de Lempicka’s sensual portrait La Tunique rose, which achieved a new auction record for the artist. Across the breadth of our collecting field, it was clear that there is continued growth and opportunity in this market.” 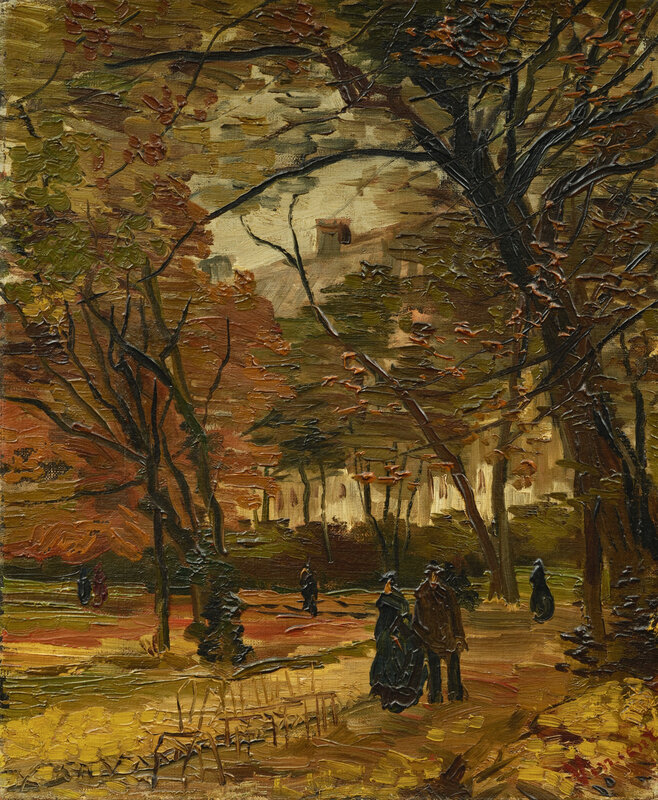