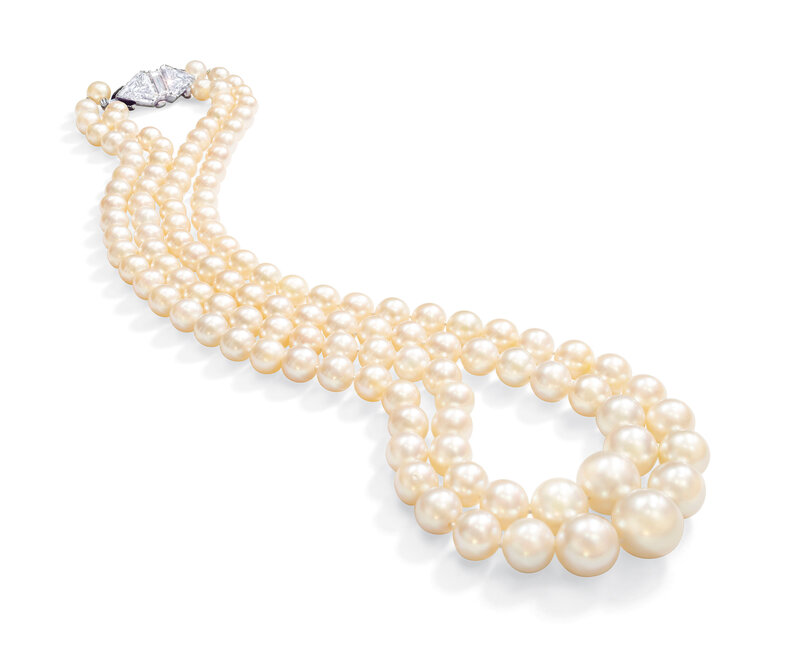 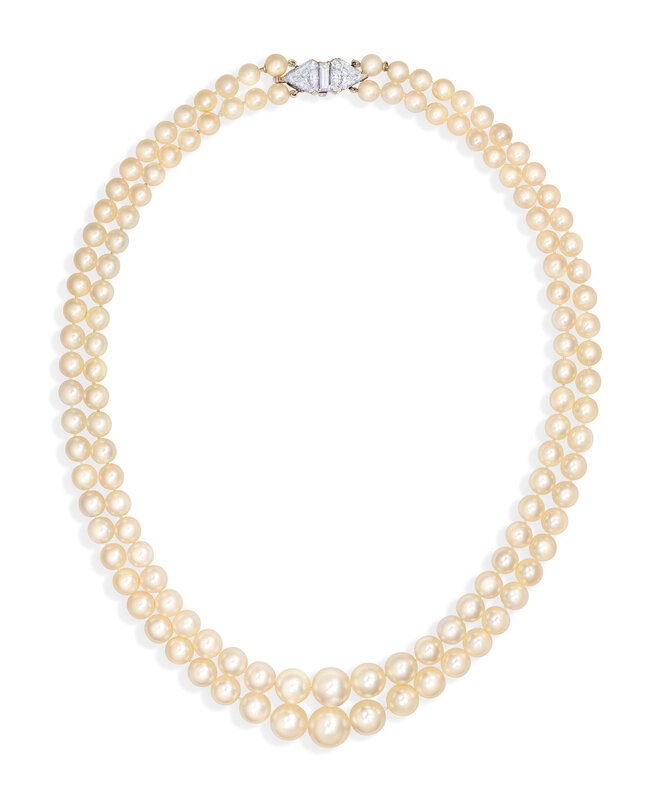 Note: The origin of pearls is still a matter of great interest among gemmologists. We know that they are formed by oysters and mussels but we are not precisely sure what initiates their growth. These mysterious gems have been prized since at least the 5th century BC and have adorned the necks of kings, queens and emperors since that time. The rarity of a gem quality natural pearl of any significant size cannot be overstated. Over the course of History, the majority of natural pearls discovered have weighed less than a grain and thus to amass a collection to produce a single-row, let alone several, would have been an extraordinary feat at anytime. Although revered since ancient times, it was at the beginning of the 20th century that natural pearls reached their zenith in terms of value, due not only to the fashion for long ropes of pearls during the Art Déco period but also for their historic link with exclusivity and noblesse.