A rare pair of Ming-style blue and white saucer-dishes, Yongzheng six character marks and of the period

A rare pair of Ming-style blue and white saucer-dishes, Yongzheng six character marks and of the period 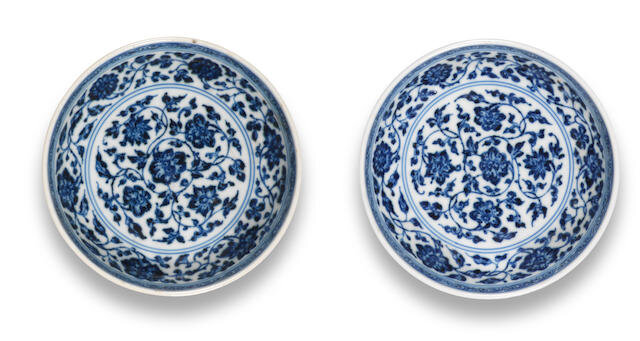 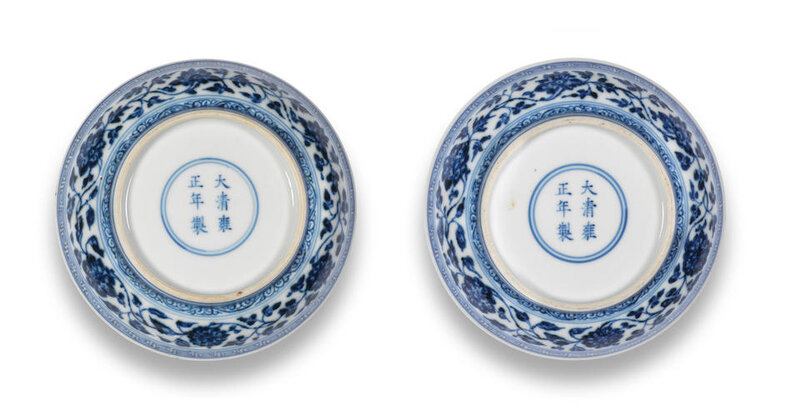 Each with gently curving sides raised on a short tapering foot, the interior painted in vivid shades of blue with lotus and peony flower heads on a dense ground of scrolling foliage, surrounded by further meander bordered by a stylised scrolling band to the rim, the exterior similarly decorated with floral scrolls beneath a continuous key-fret band.

Commentaires sur A rare pair of Ming-style blue and white saucer-dishes, Yongzheng six character marks and of the period