LONDON - The British Museum announces its major exhibition for Autumn 2019. The BP exhibition Troy: myth and reality will be the first major Troy exhibition in the UK. It will reveal the lasting legacy of stories from the Trojan War, first told by early poets such as Homer and Virgil and retold and reinterpreted right up to the present day. The show highlights works of art inspired by the tales of war, love and loss that are wrapped up in the Trojan cycle of myths and passed down through generations.

Following in the footsteps of the archaeologists and adventurers who sought to prove the reality of ancient Troy, this exhibition will showcase the discoveries made by Heinrich Schliemann in Turkey in the 1870s, which changed the perception of this epic tale forever. From the Trojan horse to Troilus and Cressida, and Hollywood films and contemporary art, this exhibition will tell the stories of Troy that have fascinated and inspired people for more than 3,000 years. This will be the first major Troy exhibition in the UK, and the first to feature finds from Schliemann’s excavations at the site of Troy, since they were displayed in London in the 1870s. The revelation that Troy was a real place and that there may be truth behind the legend continues to be a source of fascination and debate. Schliemann’srediscovery of Troy and his work at the site between 1870 and 1890 made him famous the world over. A large number of his original finds, including pottery and silver vessels, bronze weapons and stone sculptures, have been generously loaned by the Berlin Museums to the UK for the first time in nearly 150 years.

Nearly 300 outstanding objects will reveal the story of Troy and its wider impact, as it was told and retold throughout millennia. Many common sayings today come from the Trojan cycle of myths, such as the Trojan horse epitomising deception, and the proverbial weakness of an Achilles heel. Depictions of the Trojan horse are quite rare in ancient art, so a significant loan to the exhibition from the Ashmolean Museum is a Roman sarcophagus lid with a wheeled wooden horse. The horse is itself armed with helmet and shield – a suggestion of the Greek warriors hiding within.

In the ancient story, Achilles is the greatest of all the Greek fighters, but also a deeply human hero. Achilles’ eventual death is caused by an arrow the Trojan prince Paris shoots through his heel, the only part of his body not protected through the efforts of his divine mother. A striking loan to the exhibition is Filippo Albacini’s (1777–1858) marble sculpture, The Wounded Achilles on loan from Chatsworth House. In an exciting collaboration with Chatsworth House, the gilded arrow in the heel of this sculpture has been restored especially for this exhibition. At the heart of the legend of Troy are the story’s fascinating and complex characters, from enigmatic Helen to wily Odysseus, whose hopes, fears and trials embody the universal human experience. One of the most heart-rending moments in the story is the meeting between Priam and Achilles, movingly described in Homer’s Iliad and masterfully represented on one of the exhibition's star loans, a Roman silver cup from the National Museum of Denmark. The scene shows King Priam visiting Achilles and begging him to return his son’s body. Achilles relents and compassion and humanity are restored to the hero. The cause of the Trojan War was a woman, Helen who was taken to Troy by Paris, This exhibition presents a chance to re-examine Helen, not just as a beautiful victim or a feared seductress, but as her own woman. Artist Eleanor Antin (b. 1935) explores history and its characters as a way to examine issues in the present. In 2007 Antin created the photographic series Helen’s Odyssey. Here, Helen of Troy is allowed to speak for herself in a series of imagined scenes from her life. This exhibition will feature JudgmentofParis (afterRubens) - Dark Helen from this series, where Helen is pictured looking unhappy to be used as a bribe, prompting visitors to re-examine the representations of Helen that have gone before. The curatorial team have taken a new approach to co-producing content with local community groups, to include contemporary voices. The Trojan War story powerfully evokes the human cost of conflict, from the displacement of people to the lasting psychological impact.

The exhibition will include responses to key objects in the exhibition created with participants from two charities, Crisis and Waterloo Uncovered, to highlight how the experiences of characters in the story resonate with displaced people and soldiers today. This builds on a legacy of the British Museum working with communities to bring alternative, rich and relevant perspectives into the Museum. 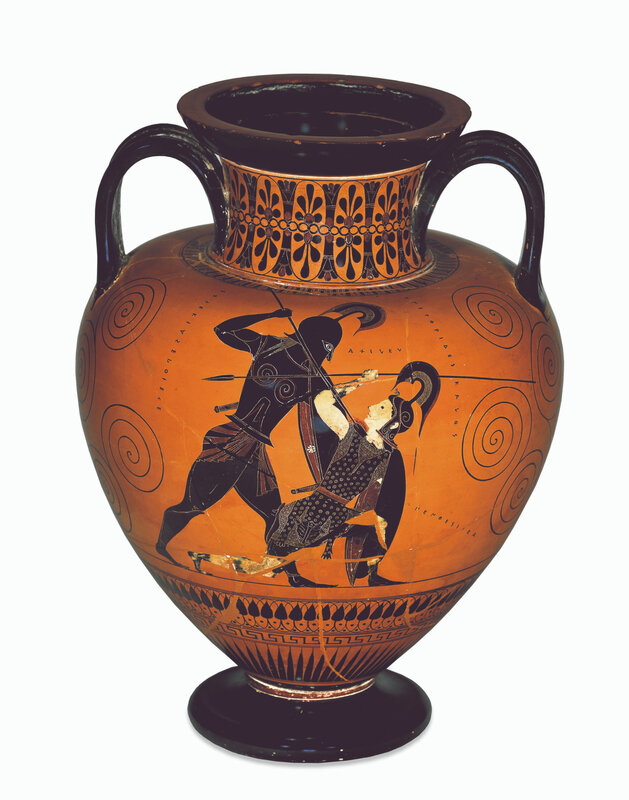 The BP exhibition Troy: myth and reality will explore the meanings held by both the mythical and the real: for the ancient Greeks and Romans, for travellers and archaeologists from the 19th century until today, and for artists and writers from antiquity into the 21st century. In the wake of Schliemann, the archaeology of Troy continues to fascinate, not least because it holds out the hope of discovering the historical truth behind the ancient myth. As the many exciting contemporary reinventions of the story show, after millennia the story of Troy has lost none of its relevance. This exhibition allows visitors to meet the characters, immerse themselves in the archaeology of Troy, and discover Troy's myth and reality for themselves

Hartwig Fischer, Director of the British Museum, said: ‘It is important to reflect on the past as a way to explore the issues of the present, and the BP exhibition Troy: mythandreality provides an exceptional opportunity to do this. With its human stories of war, displacement and new beginnings, the myth of Troy has been told for over 3,000 years and across different cultures and languages across the globe, making the British Museum the perfect place to explore these interconnected histories. We are grateful to BP for their ongoing support without which important exhibitions such as these would simply not be possible.’ Odysseus and the Sirens, Athenian jar, c. 480-470 BC, ceramic © The Trustees of the British Museum

Peter Mather, Group Regional President, Europe and Head of Country, UK for BP, said: “We are delighted to support Troy: myth and reality, an exhibition which tells the stories that have inspired people for over 3,000 years. This is the latest cooperation in our long-standing partnership with the British Museum, of which we are very proud.” 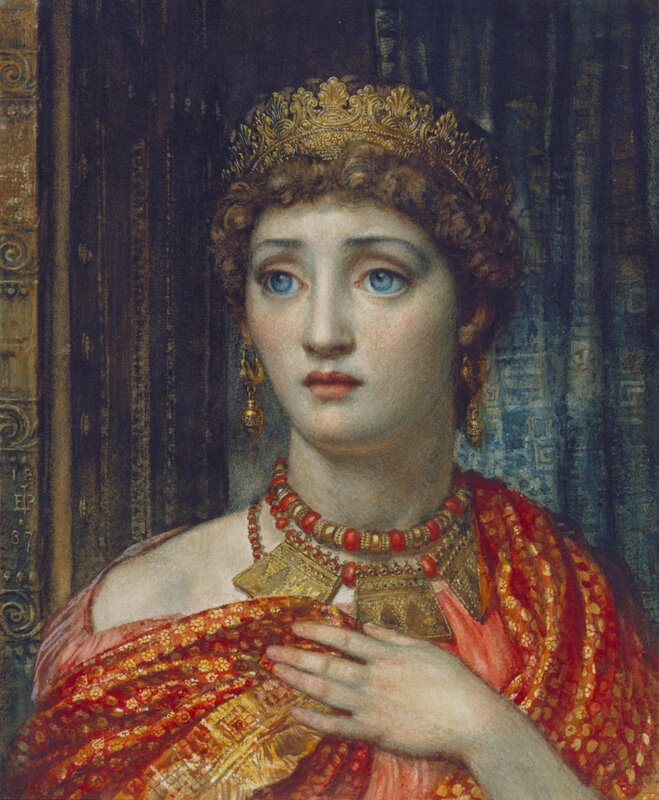 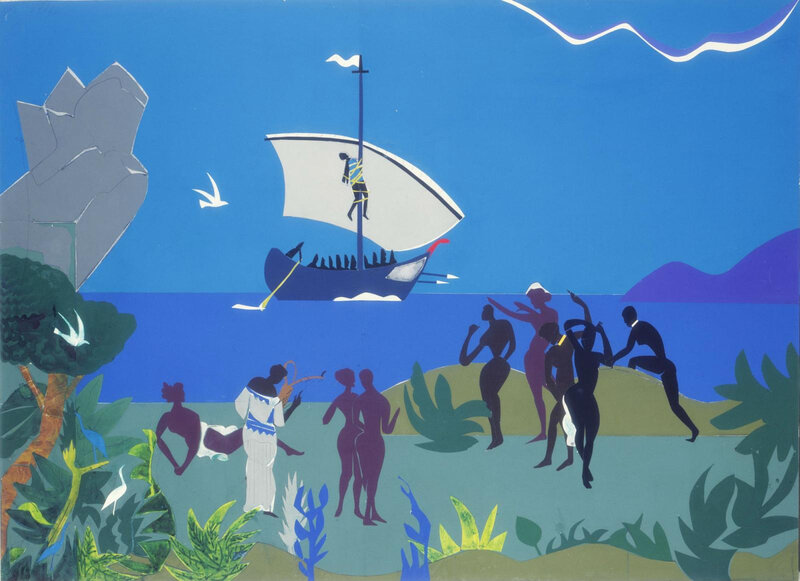