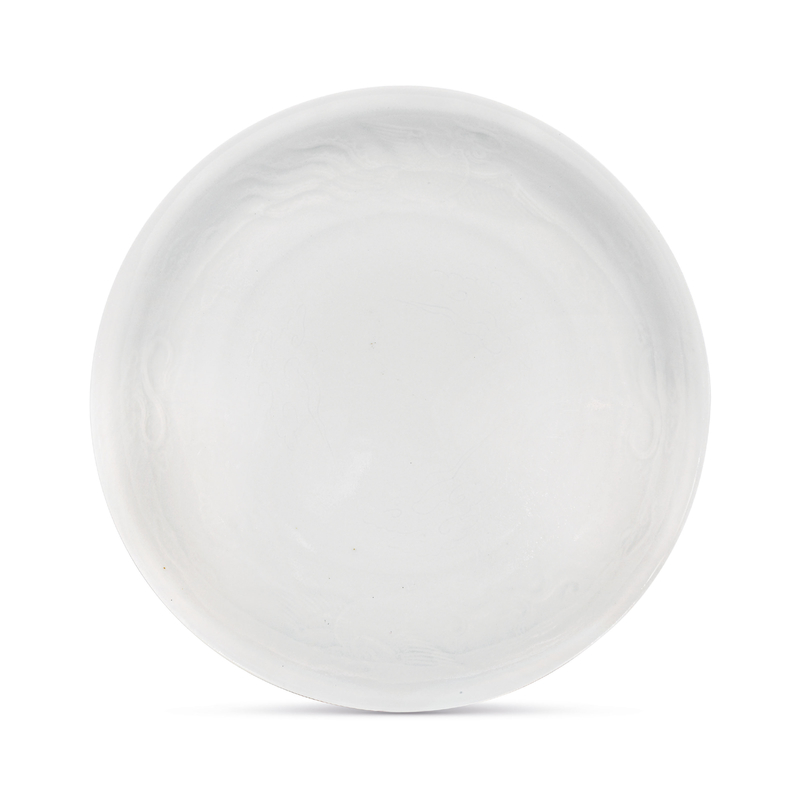 The dish is thinly potted with wide rounded sides and a gently flared rim, finely decorated in anhua around the cavetto with a pair of phoenix divided by 'S'-shaped clouds, the centre evenly spaced with three clusters of cloud-scrolls, applied overall with an unctuous white glaze with the exception of the foot revealing the fine, white body.

Note: Dishes of this quality with the design of phoenix in anhua are very rare in the Yongle period. A tianbai dish of identical design and similar size (19 cm.), formerly from C.T. Loo and later in the Dr. and Mrs. Wilmont Gordon Collection, was sold at Christie’s Hong Kong, 28 April 2003, lot 646. Another dish of the same design but of a smaller size (16.5 cm. diam.) was included in The British Council Exhibition of Chinese Art, The National Gallery of Scotland, Edinburgh, 1944, illustrated in the Catalogue, no. 176, and subsequently sold at Sotheby's London, 8 December 1992, lot 233.

A. D. Brankston in Early Ming Wares of Chingtechen, Hong Kong, 1982, fig. 6, illustrates a line drawing of a detail from a similar dish, showing a phoenix with a feathery tail and the distinctive 'S'-shaped ribbon of clouds.