LONDON.- The picture restorer given the task of cleaning an anonymous 17th century portrait had a surprise when they removed the overpainting on the face. It revealed the features of Queen Elizabeth I. Subsequent research by Bonhams specialists, who showed the work to the Yale Center for British Art, confirmed that this was indeed an unknown portrait of the Virgin Queen painted around 1562, shortly after Elizabeth came to the throne. Now the newly discovered portrait is to be offered at Bonhams Old Master Paintings Sale in London on Wednesday 4 December. It has an estimate of £150,000 - 250,000.

Andrew McKenzie, the Director of Bonhams Old Masters department, comments, “This very early, yet sophisticated, depiction of Elizabeth, is hugely significant. We are familiar with her later appearance as the strong all-powerful monarch, but Elizabeth’s early years on the throne were dogged with instability and threats from home and abroad. From her accession onwards, however, she and her court were acutely alive to the importance and possibilities of presentation – we’d call it brand management today - and this portrait is among the very first we know that projects a new, approved image of the Queen.”

The painting dates from 1562, four years after Elizabeth came to the throne on the death of her half-sister Mary I. It is one of the earliest pictures of the queen specifically designed to project a fresh and sophisticated image of her as a youthful monarch radiating a sense of authority and confidence. Portraits produced in the years immediately after her accession showed Elizabeth as stiff, lifeless, and rather dour. The artist is unknown, but circumstantial evidence points strongly to the workshop of the Flemish artist Steven van der Meulen, who was active at the Tudor court during the early part of the first decade of Elizabeth’s reign.

The Queen is depicted holding a single red rose in her left hand with her right arm resting lightly on an embroidered cushion. She wears a single pearl on her forehead. The pose is strikingly similar to that of the portrait of Elizabeth in the Duke of Beaufort’s collection at Badminton Court. This closeness in style allows for the dating of the newly discovered painting and its attribution to the workshop of van der Meulen.

The early 1560s were a key period in Elizabeth’s reign, when marriage and securing the succession were high on the political agenda. Elizabeth encouraged courtship since each proposal legitimised her position; Mary’s widower Philip II of Spain, Erik XIV of Sweden and Archdukes Ferdinand and Charles of Austria all paid court at this time. Elizabeth’s emotional preference seemed to lie with her favourite, and childhood companion, Robert Dudley, with whom it is widely assumed she conducted an affair. The Queen’s political instincts, however, overruled her heart. The death (in suspicious circumstances) of Dudley’s wife in 1560 appeared to clear the way for marriage, but in fact it added to the Queen’s doubts about the acceptability of the match. Instead, she groomed Dudley as a potential husband for her cousin Mary Queen of Scots; a plan that came to nothing when Mary married Lord Darnley in 1565. Famously, Elizabeth herself never married.

Bonhams Director of Old Master Paintings, Andrew McKenzie, said, “This is an important and exciting discovery. The image of Elizabeth I as the strong all-powerful Virgin Queen is embedded deep in the national psyche but her early years on the throne were dogged with instability and threats from home and abroad. From her accession onwards, however, she and her court were acutely alive to the importance and possibilities of presentation, and this portrait is among the very first we know of to project a new, approved image of the Queen." This newly discovered and hitherto unrecorded portrait is an important addition to the iconography of Elizabeth I, being a rare early depiction, dating from circa 1562, and is thus one of the first known sophisticated images of Elizabeth as Queen. The earliest images of Elizabeth as monarch were, in Sir Roy Strong's words, 'mechanical workshop productions that portray her standing facing the spectator, a stiff unattractive figure attired in black with an ermine-lined collar to her surcoat.' Examples of that image, known as the 'Northwick Park Pattern' (from the portrait which is now in the National Portrait Gallery with other versions in The Guildhall, Thetford, the National Gallery of Ireland, and recorded at Clopton House) are believed to date from the time of the Queen's accession, circa 1558 (see R. Strong, Tudor and Jacobean Portraits, vol. II, figs. 186 and 187). The present portrait is one of the first pictures of the Queen made in response to the undated draft proclamation put together by William Cecil imploring the Queen to have her likeness taken, designed to counter debased images of the Queen and which set up in their place the idea that an approved portrait might be produced.

The present portrait is of what can be termed the Badminton type, from the portrait in the Duke of Beaufort's Collection (see fig. 1 and op. cit. fig. 187), and is thus especially rare. In the latter three-quarter length portrait, which is at Badminton Court, the Queen's right hand rests on a cushion and she stands beside a similarly embroidered curtain, although her dress lacks the gold embroidery in the present portrait and the rose in her left hand is absent. A tondo, bust length version of this same portrait pattern is also in the Duke of Beaufort's collection (formerly identified as Elizabeth Browne, the wife of the 2nd Earl of Worcester, it was first recognised as a portrait of the Queen by 'J.F.K. in 1960' - an illusion presumably to the U.S. President). This pattern had hitherto been associated with the pattern that could be dated to 1567, the best known version of which was formerly at Barrington Park. However, the current opinion of Dr. Edward Town of the Yale Center for British Art after inspection of the Badminton Court portrait, taking account of the costume and judging from the archival record, is that it is earlier than the Barrington Park type (which can be dated to circa 1567) and by rights pictures of the Badminton Court type should be the work of the Netherlandish artist Steven van der Meulen, who was paid for portraits of Elizabeth between 1562-3. The single pearl that is worn on the Queen's forehead in the present portrait can also be seen in a bust-length engraving by Remigius Hogenburg, which has been dated to circa 1570 (see fig. 2). 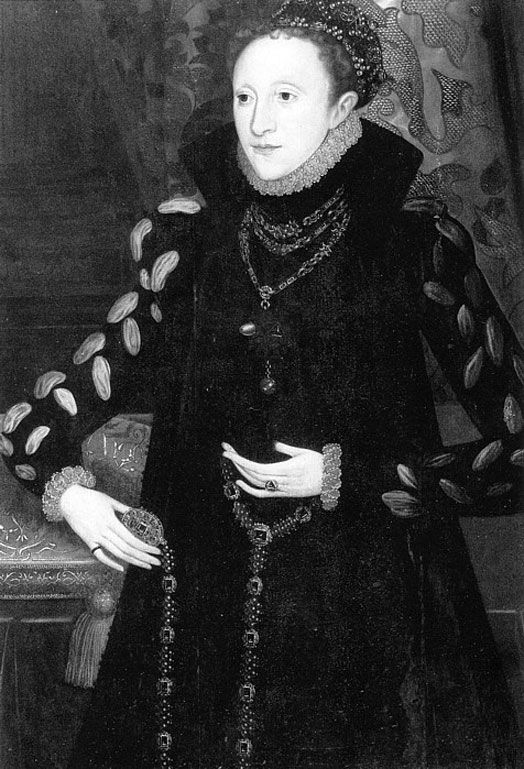 fig. 2. Elizabeth I, engraving by Remigius Hogenburg, circa 1570.

Famous today as the 'Virgin Queen', the present portrait was painted at a time when it was widely expected that Elizabeth would marry. Indeed, the Queen encouraged courtship at this date since each proposal legitimised her sovereignty. Her suitors had already included Philip II of Spain (the widower of her sister, Queen Mary), Erik XIV of Sweden and the Emperor Ferdinand's sons, Archdukes Ferdinand and Charles of Austria. Erik was the most persistent suitor between the summer of 1559 and the autumn of 1562. We know that the 'holländsk Konterfegare' (Dutch painter) called 'Master Steffan' was granted a sitting with Erik in March 1561 and the painting was then taken back to England in June and presented to the Queen. It is believed that this artist can be convincingly identified as Steven van de Meulen (see E. Town. 'A Biographical Dictionary of London Painters 1547-1625', Walpole Society, 2014, pp. 179-181). Nonetheless, the initial interest in Erik was in fact a counterfoil to the more plausible candidature of the Emperor's sons. Charles, who symbolized an anti-French, Habsburg alliance, proved promising at first but religion was an almost insuperable bar, and it was one which was exploited for all that it was worth by Robert Dudley, whom Elizabeth would probably have chosen had it not been for diplomacy since she seems to have genuinely loved this man who proved to be the longest running of her favourites, if never her spouse.

Elizabeth's 'affair' with Dudley later inspired Sir Walter Scott amongst others. The couple were of similar ages, Dudley claiming to have known Elizabeth 'familierement' from before she was eight. While Dudley's wife, Amy was still alive, his relationship with the Queen was the subject of scandalous gossip at Court and as rumours were spreading on the 8 September 1560, Amy Dudley was found dead in what were taken to be suspicious circumstances. Many people now assumed that Elizabeth would marry her favourite. How far Dudley's chances of marrying Elizabeth were realistic depends in part upon the reading of some very complicated diplomatic transactions at the time, but whatever the truth was behind these political games with the Spanish, it is evident that in the months following Amy Dudley's death, Elizabeth decided that marriage with Dudley was not to be. It was becoming evident that, unlike Mary Queen of Scots, Elizabeth's head and political instincts had come to rule her heart.

In the years that followed, Dudley nonetheless continued to press his suit, but when Parliament next met in January 1563, it was in the shadow of Elizabeth's close encounter with death through smallpox in October 1562. Marriage and the succession were now at the top of the agenda for both Houses. The Lords petitioned her to marry 'where it shall please you, with whom it shall please yow, and assone as it shall please you'; while the Commons placed more emphasis on the need to limit the succession. Elizabeth told Parliament that so far as her marriage was concerned 'a silent thought may serve'. Marrying Dudley, however, could now be entirely ruled out: when she made him Baron Denbigh on the 28 September 1564 and Earl of Leicester the following day, it was to render him acceptable as a husband for her cousin Mary, a plan which misfired when the Scottish Queen married Henry Stuart, Lord Darnley, on the 29 July 1565.

This important portrait which can be counted as one of the first sophisticated pictorial representations of this most charismatic of monarchs is thus also a fascinating record of the Queen during a particularly colourful and romantic period in her reign.