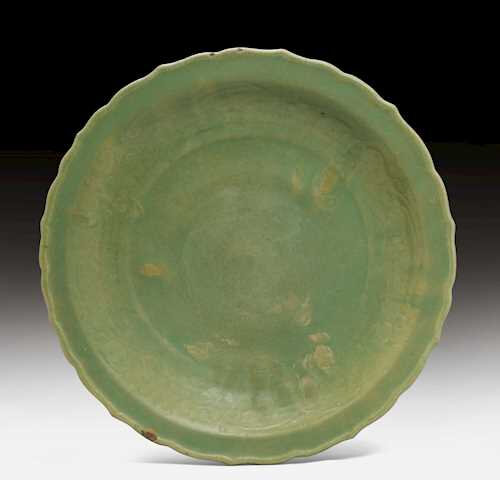 With incised floral decoration on the cavetto. Minor damages.

Provenance: according to the sticker on the backside from the S. Berkeley Smith Collection. The english banker (1878-1955) lived in British India from 1900 to 1921 and collected mostly Chinese ceramics. In 1921, his collection went on loan to the Cheltenham Museum. Already during his lifetime, several hundreds of his objects were sold at auctions in Cheltenham and London.
German private collection.