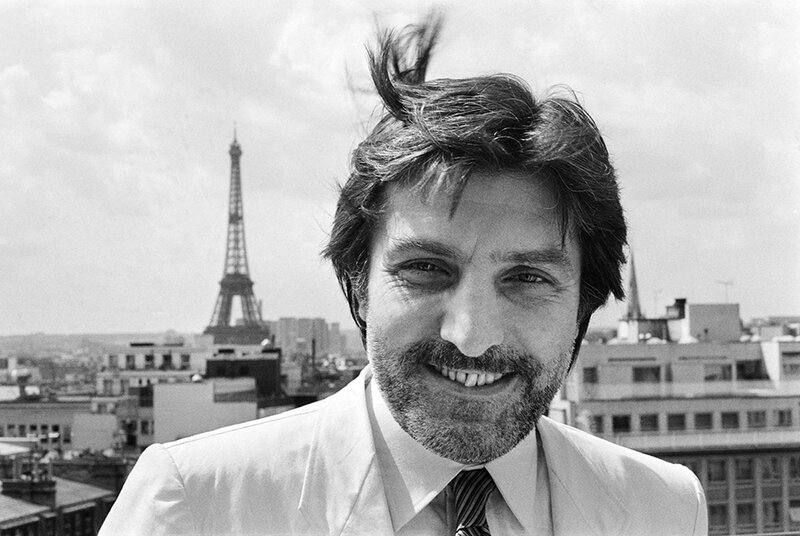 PARIS (AFP).- French fashion designer Emanuel Ungaro, who described himself as a "sensual obsessive", has died in Paris at the age of 86, his family told AFP on Sunday.

Ungaro, who retired from fashion in 2004, died on Saturday after two years in a "weakened" state of health, a family member said.

He was born in Aix-en-Province in southern France in 1933 to a family of Italian immigrants, and moved at the tender age of 22 to Paris, where he was trained by Spanish couturier Cristobal Balenciaga before launching his own label nine years later.

He quickly imposed his own colourful style on the world of fashion.

"One should not wear a dress, one should live in it," said the man who regarded his life's work as a craft.

Ungaro was the second of six children, his father a tailor. Ungaro would later say he had learned the basics from his father and from Balenciaga.

In 1965, with a handful of female workers, he opened his own fashion house on Avenue Mac-Mahon in the 17th arrondissement of Paris.

At Ungaro, "sensuality is everywhere," his friend, the writer Christine Orban, observed in a biography.

"A simple sweater, by the softness of its material, calls for a caress; a dress is cut to move, accompany the body in its movements, show and conceal: because it loves women, Emanuel knows the limits of male tolerance -- he will create a garment too beautiful to be torn off, but clever enough to suggest to take it off with tenderness".

'Dared to be different'
Throughout his long career, Ungaro dressed a host of film stars including Gena Rowlands, Catherine Deneuve and Isabelle Adjani -- as well as his friend, actress Anouk Aimee.

On its website, the House Emanuel Ungaro describes its founder as someone who "dared to be different, combining unexpected yet sensual clashes of bright colours and prints with beautiful draping."

He made a name, it said, by "anticipating trends and reminding women of their power of seduction via his richly embellished designs".

In 1968, in parallel with his haute couture range, Ungaro entered the ready-to-wear market with a woman’s line, followed a few years later by one for men.

Over the years, he built an empire that also extends into perfumes, shoes, and designer glasses.

His label was bought in 1996 by the Ferragamo family.

Married and father to a daughter, Ungaro started to distance himself from fashion in 2001, leaving the artistic direction of his ready-to-wear and accessories businesses to his main collaborator, Giambattista Valli.

He continued designing collections for a few more years, but officially retired in 2004 stating the world of haute couture no longer matched "the expectations of today’s women."