A teadust-glazed double-gourd vase, Daoguang impressed six-character seal mark and of the period (1821-1850)

A teadust-glazed double-gourd vase, Daoguang impressed six-character seal mark and of the period (1821-1850) 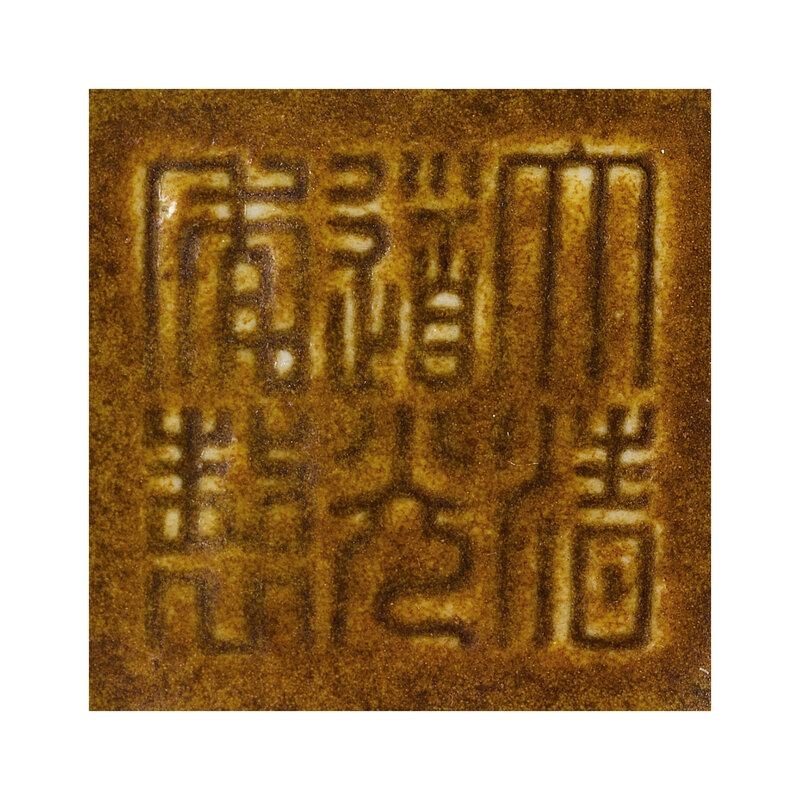 The vase is well potted with a globular lower bulb and a slender, tapering upper bulb, connected by a pair of elegant high loop-handles terminating in ruyi-heads. The waist is moulded with a band of petals divided by a central band. The vase is covered overall in an even, speckled olive-green glaze, the base similarily glazed and the mark covered with a brown wash, stand, box.

Note: Daoguang examples of this form and design are quite rare. A teadust-glazed Daoguang-marked vase of this shape was sold at Christie's London, May 2013, lot 253. Another similar example of smaller size, was exhibited at the Hong Kong Museum of Art, The Splendour of Qing Dynasty, Hong Kong, 1992, Catalogue pl. 218.

The form of the present vase is usually found bearing a Qianlong mark. Compare to two vases of similar shape and size illustrated by R. Krahl, Chinese Ceramics from the Meiyintang Collection, vol. 2, London, 1994, no. 938; and another included in the exhibition, National Treasures - Gems of China's Cultural Relics, Hong Kong Museum of Art, 1997, illustrated in the Catalogue, pp. 352-353.