A fine peachbloom-glazed beehive water pot, Kangxi six-character mark and of the period (1662-1722)

A fine peachbloom-glazed beehive water pot, Kangxi six-character mark and of the period (1662-1722) 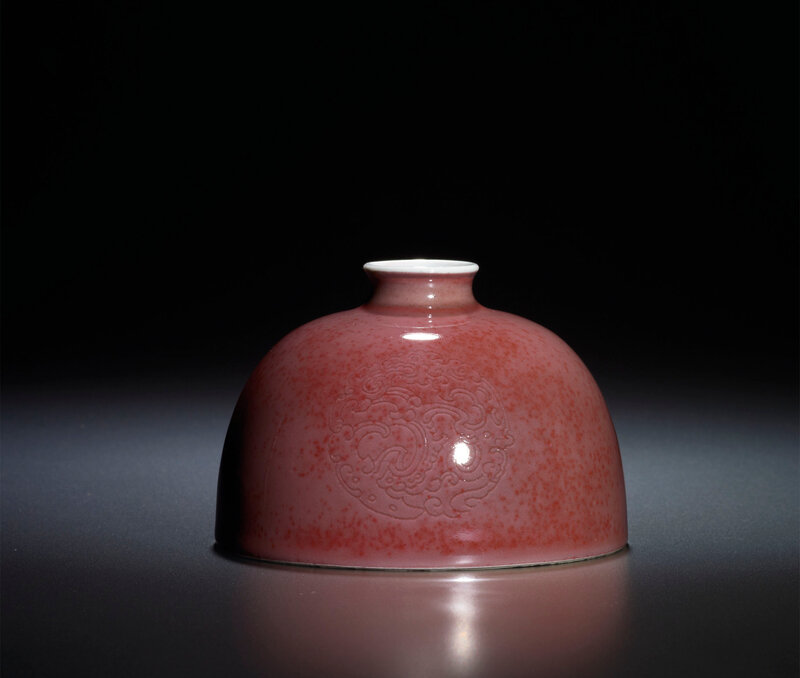 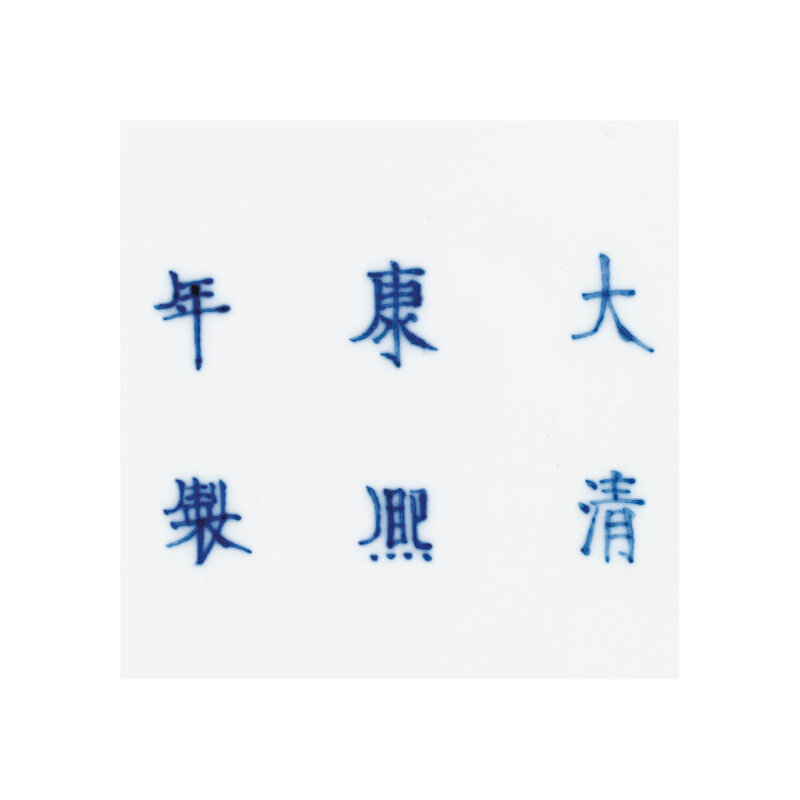 The water pot is well potted with rounded sides rising to a short flaring rim, incised with three archaistic dragon roundels on the body. It is covered with a mushroom-brown coloured glaze suffused with crushed strawberry mottling. The interior and countersunk base are covered in a transparent glaze.

Note: Water pots of this form are known as Taibai zun, after the Tang dynasty poet Li Bai who was also named Li Taibai (701-762). In later imageries Li Bai, a renowned drinker of wine, is often depicted leaning against a large wine vat of this shape. The vessel's shape is also also known as jichao zun because their shape resembles that of a basketwork chicken coop that is woven with a small opening at the top through which the chicks are fed.

Peachbloom-glazed vessels were highly treasured by the Kangxi Emperor, and were primarily fired as small-sized scholar's objects for the Emperor's table. Beehive water pots belong to a group of peachbloom-glazed vessels for the scholar's table known as Badama, 'Eight Great Numbers'. This group was previously thought to comprise a total of eight differing shapes. John Ayers identified a possible ninth form of the Badama by pointing out the existence of two slightly different globular water pots. The first is termed as a pingguo zun, 'apple jar' modelled with a gently inward curving mouth rim; and the other with a raised, low, neck (similar to a stalk) that maybe referred to as a Shi liu, or 'Pomegranate jar'. See, J. Ayers, 'The 'Peachbloom Wares of the Kangxi Period (1662-1722), Transactions of the Oriental Ceramic Society, vol. 64, 1999-2000, p. 49.

The firing of peachbloom-glazed wares involved a complex procedure which required colourants to be blown onto a surface covered with transparent glaze, which was then applied with an additional layer of transparent glaze before being fired in high temperature.

Similar peachbloom-glazed water pots are found in various museums and collections worldwide, including one in the Percival David Foundation of Chinese Art, illustrated in Earth, Fire and Water: Chinese Ceramic Technology, London, 1996, no. 24, p. 34; one in the Baur Collection, Catalogue, vol. III, Geneva, 1999, nos. A305, A310 and A313-A316; a full set of the eight vessels in the Metropolitan Museum of Art, New York, illustrated by S.G. Valenstein, A Handbook of Chinese Ceramics, New York, 1989, p. 237; and one in the British Museum, Oriental Ceramics, The World's Great Collections, vol. 5, Tokyo, 1981, no. 230.

Compare also to a similar water pot of the same size, from the J. Insley Blair Collection and sold at Christie's Hong Kong, 28 November 2012, lot 2112.