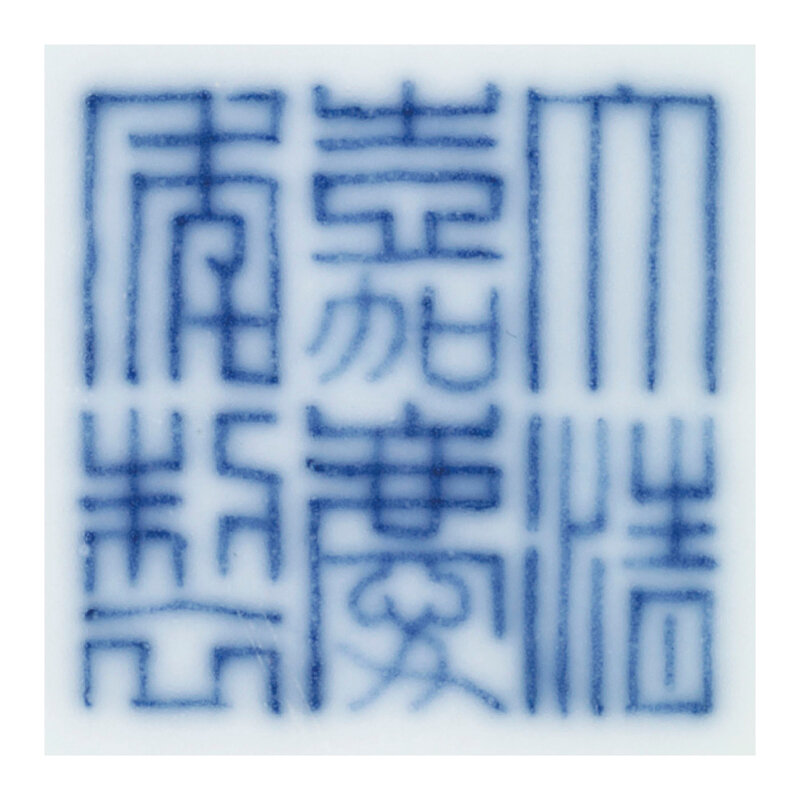 The globular body is painted in vivid blue tones in imitation of 'heaping and piling' with plantain and bamboo growing beside rocks on grassy mounds, below a band of foliate scroll in-between upright leaves and a pendent ruyi collar at the waisted neck, stand.

Note: For a 14th century copper-red example with related decoration in the Palace Museum, which may be the earliest prototype of this design, see Sekai Toji Zenshu, 1981, vol. 13, pl. 78. Another close blue and white example dated to the Yongle period from the Qing Court Collection is illustrated in Blue and White Porcelain with Underglaze Red I, The Complete Collection of Treasures of the Palace Museum, Hong Kong, 2000, p. 35, no. 33. This 'plantain and bamboo' pattern was revived during the Qianlong period and can be seen on a vase included the Special Exhibition of K'ang-hsi, Yung-cheng and Ch'ien-lung Porcelain, National Palace Museum, Taipei, 1968, and illustrated in the Catalogue, no. 72. This type of bottle vase continued to be produced during the reigns of the Jiaqing Emperor (as as with the present example), Daoguang (as exemplified by the following lot), Xianfeng, Tongzhi and Guangxu.