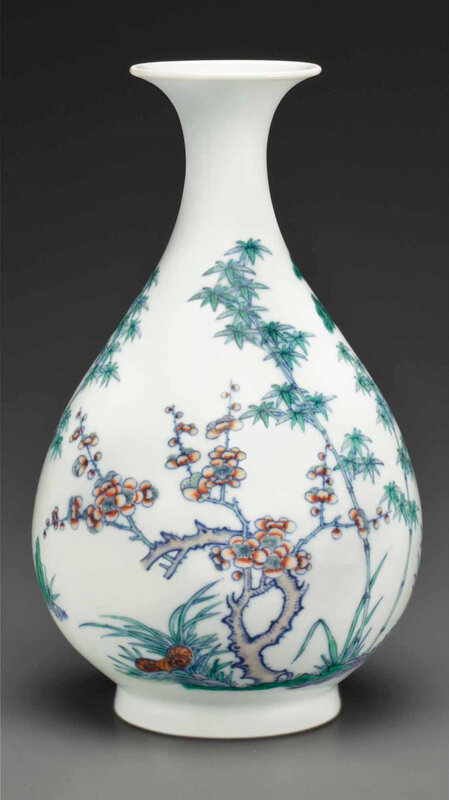 The well-potted body is finely painted with the 'Three Friends of Winter', prunus, pine and bamboo, growing amidst rocks, grasses and iron-red lingzhi. An apocryphal Xuande mark is on the base.

Note: The design on this vase (bamboo, pine and prunus) represents 'The Three Friends of Winter'. The theme of the Three Friends first emerged in poetry of the Song dynasty and then in paintings of the period. Each plant is symbolic in its own right. Bamboo is naturally flexible and is thus associated with immutability or humility. The pine represents longevity, and the prunus perseverance. As they number three, the Three Friends are also equated to the three religions of China (Buddhism, Daoism and Confucianism), and to the three ideal qualities of a gentleman.

A virtually identical vase, also with apocryphal Xuande mark, was sold at Christie's London, 13 May 2008, lot 197.