A gilt-decorated blue-ground bottle vase, Guangxu six-character mark and of the period (1875-1908)

A gilt-decorated blue-ground bottle vase, Guangxu six-character mark and of the period (1875-1908) 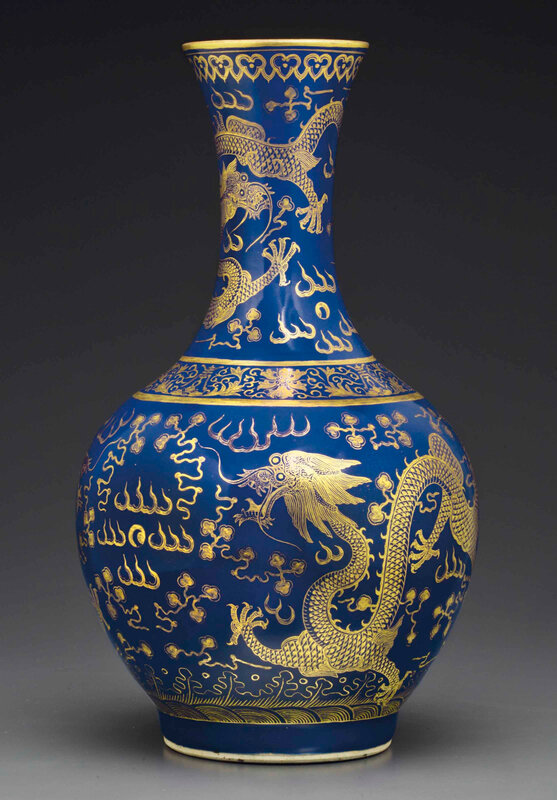 The body is decorated with two five-clawed dragons contesting a flaming pearl amidst flames and clouds above a band of cresting waves and below a shou character and lotus band on the neck and another dragon at similar pursuit on the waisted neck, all in gilding on a blue ground.

Compare, also, the Guangxu-marked vase with similar gilt decoration, but on a mirror-black ground, in the National Palace Museum, illustrated by van Oort, Chinese Porcelain of the 19th and 20th Centuries, The Netherlands, 1977, pl. 93.