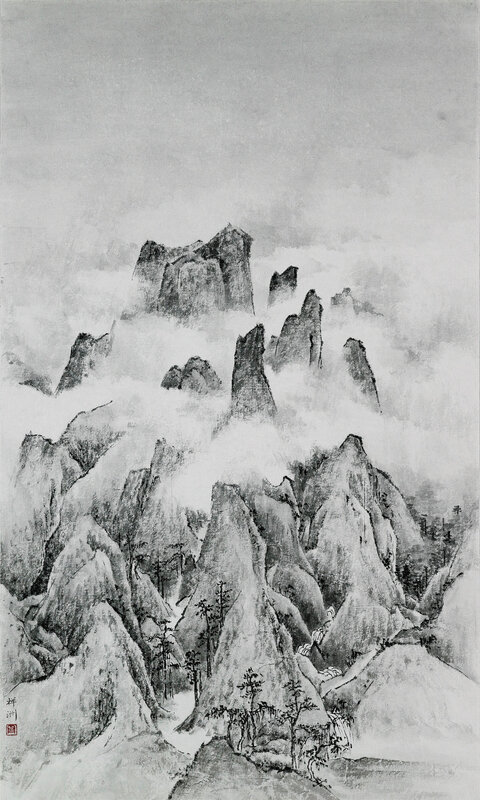 Note: Born in Yinchuan, Ningxia, Tai Xiangzhou has built a solid foundation in the arts and culture of China: calligraphy with his teacher Wenjun and Hu Gongshi; the restoration of ancient Chinese paintings with Cui Yurun and Li Zhenjiang; research in paper-making techniques of Tang, Song, Ming and Qing dynasties at the Archaeology Academy of Beijing; a Doctorate from the Art Academy of Qinghua; and the study of classical Chinese painting under Liu Dan.

Like many in his inner-circle of artists, he embodies the taste and curiosity of the scholar gentleman. In the discipline he applies to his painting, his collecting of ancient bronzes, paintings and rock sculptures, allowing us glimpses of these pursuits in his ever evolving art. His work is in the collections of the Nelson-Atkins Museum of Art, Kansas City; the Sackler Museum, Harvard University and the Sackler Museum of Art and Archaeology, Beijing University and major private collections. He has had solo and group exhibitions worldwide including the Sharijah Calligraphy Museum, U.A.E; the Nelson Atkins Museum of Art, Kansas City; the Today Museum, Beijing; the Civic and Municipal Affairs Bureau, Macau and the Minneapolis Museum of Art, Minnesota.