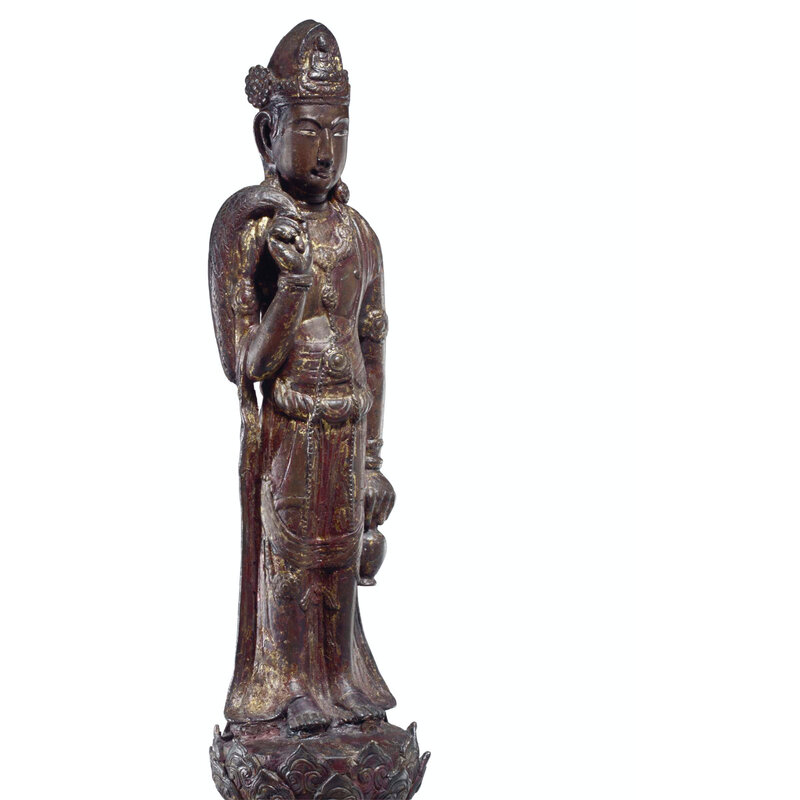 The bodhisattva, Avalokitesvara, who is shown standing on a waisted lotus base holding a willow branch over the right shoulder and a flask pendent in the left hand, wears beaded jewelry, a scarf draped around the torso, a dhoti folded over below the waist, and a circlet centered by the seated figure of Amitabha Buddha and decorated with a flower head above each ear. The face is cast with small mouth, long nose and arched brows cast in relief above the narrow eyes detailed in black and white pigment. There are traces of gilding and red lacquer.

Exhibited: On loan: The Metropolitan Museum of Art, New York, 1965.

Note: Compare the similar gilt-bronze figure ascribed to Yunnan and dated 9th-10th century in the collection of the Walters Art Museum, Baltimore, accession number 54.1345. Another similar gilt-bronze figure of Avalokitesvara from the Dali Kingdom in the Museum für Ostasiatische Kunst, Cologne, Germany, is illustrated in Fojiao Diaosu Mingpin Tulu (Images of Famous Buddhist Sculpture), Beijing, 1997, p. 375, no. 355, where it is dated Five Dynasties period (907-960). 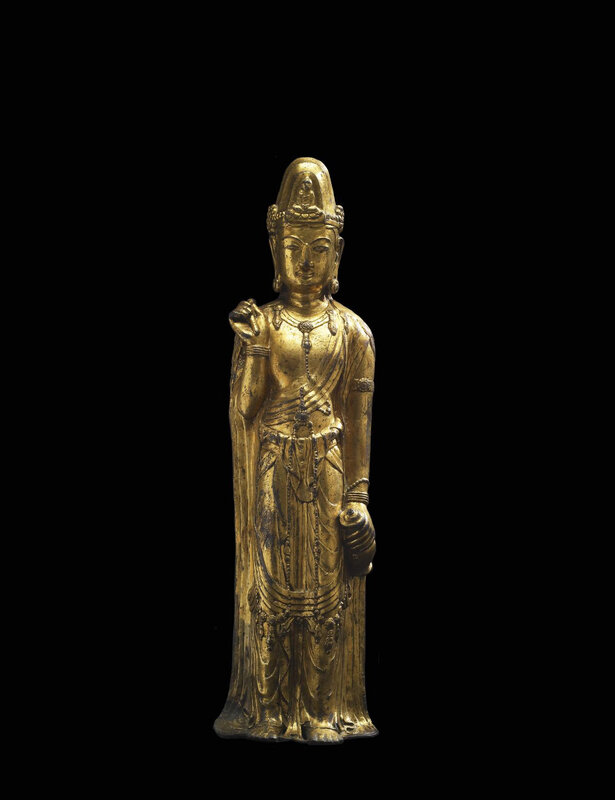