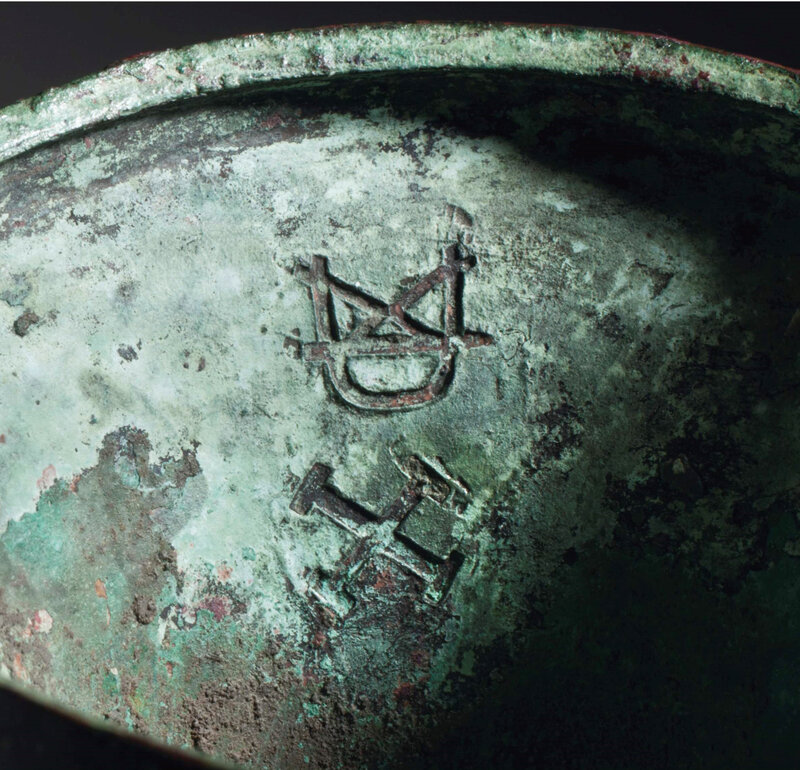 The tall slender vessel is divided into three sections. The trumpet-shaped upper body is crisply cast with four upright cicada blades, and the central section and spreading foot are decorated with a dense leiwen and taotie-pattern band divided by four vertical ribbed flanges, and separated by two bow-string bands. The surface has a pale green-grey patina with areas of malachite encrustation. The interior of the base is cast with an inscription.

Note: The inscription cast on the interior of the base reads Kui Ran, a personal name.

The present gu is associated with the 'mature' style of gu from Anyang (late 13th to early 12th century BC) which all exhibit the same distinctive structure and the same decorative sequence of motifs. A similar example is illustrated by R. W. Bagley, Shang Ritual Bronzes in the Arthur M. Sackler Collections, The Arthur M. Sackler Foundation, Washington D.C., 1987, pp. 239-41, no. 33.