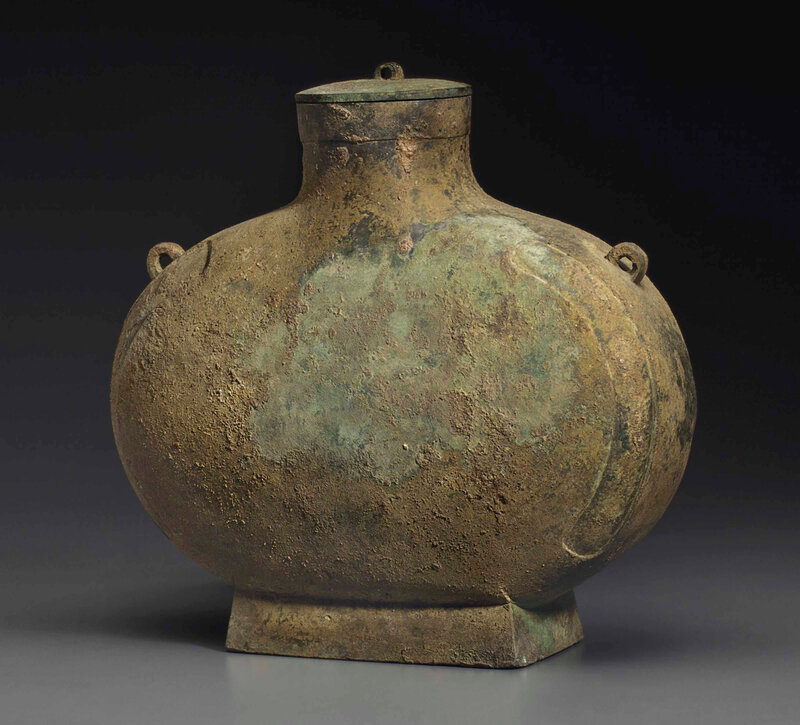 The flattened oval body is raised on a spreading rectangular foot, and the curve of the sides is accentuated by shallow recessed panels that flank the pair of loops applied to the narrow sides. The slightly domed cover has a deep inner rim and a loop in the center. There is mottled pale olive-brown and milky green encrustation.

Note: The bianhu was an innovation of the Eastern Zhou period, introduced around 400 BC, with production continuing into the Han dynasty.