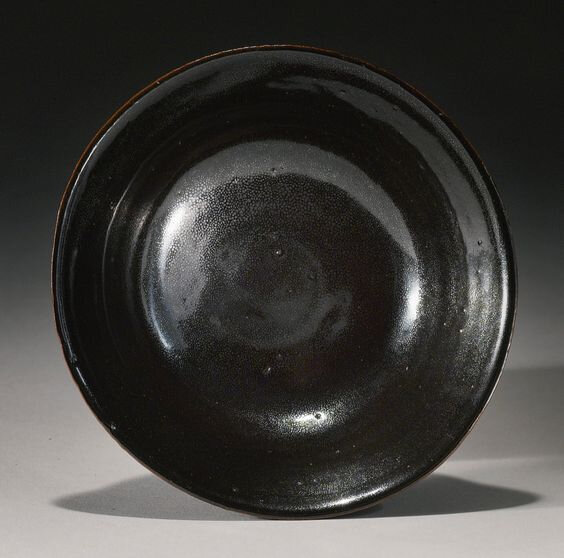 the gently rounded sides with a slightly flared rim supported on a short footring, the interior finished with a thin ridge just below the rim, covered overall with a lustrous black-brown glaze suffused with tiny glittering 'oil-spots' of circular and star shapes.

Note: 'Oil-spot' (yuteki temmoku, in Japanese) teabowls were made at various kilns, both in North and in South China, the present example is of a northern ware of Cizhou-type body. Compare a similar Henan black-glazed 'oil-spot' teabowl, illustrated in Regina Krahl, Chinese Ceramics from the Meiyintang Collection, vol. three (II), London, 2006, no. 1503, p. 498; as well as a pair sold in our London rooms, 17th November 1999, lot 733. A very similar bowl was sold in these rooms, 19th March 2007, lot 130.