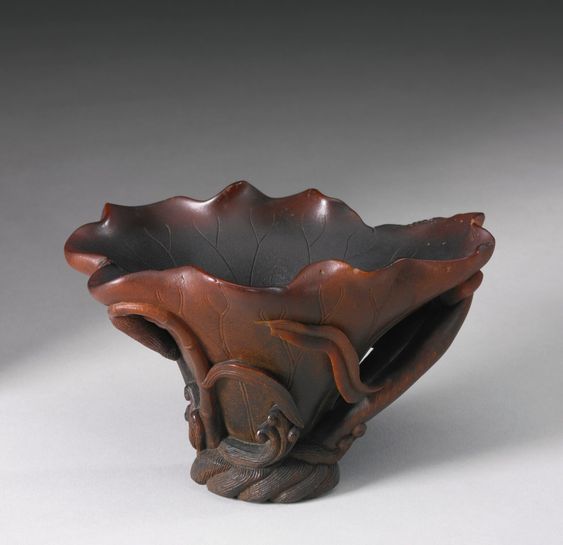 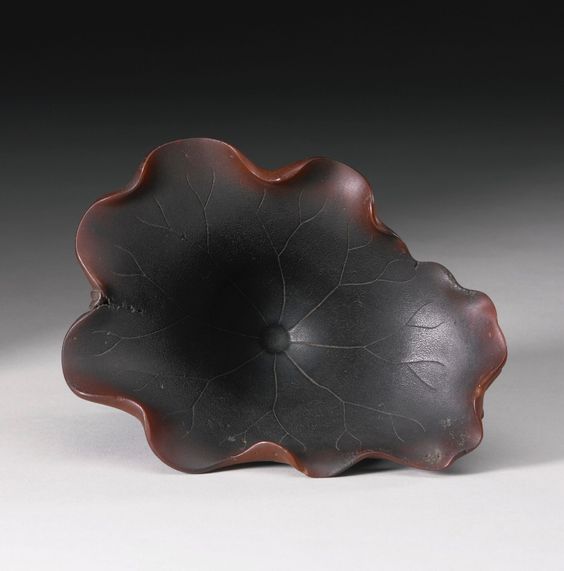 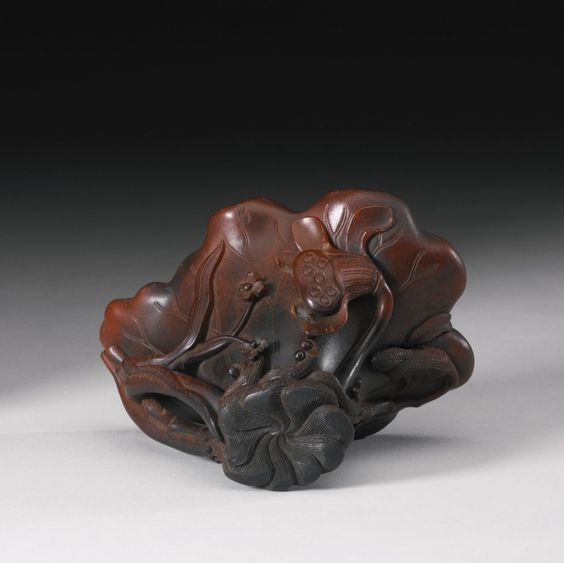 carved in the form of a lotus leaf, the exterior with stalks of calamus, lotus and other aquatic plants, the stems bent upwards to form the handle, all supported on a base of swirling waves, the horn a reddish-brown color.

Provenance: Collection of Dr. Louis Livingston Seaman (1851-1932).
Given by Dr. Seaman to John Karl Moffett and thence by descent.

Note: Dr. Seaman was a military surgeon during the Spanish-American War, the Boxer Rebellion, the Boer wars, the Russo-Japanese War and World War I.