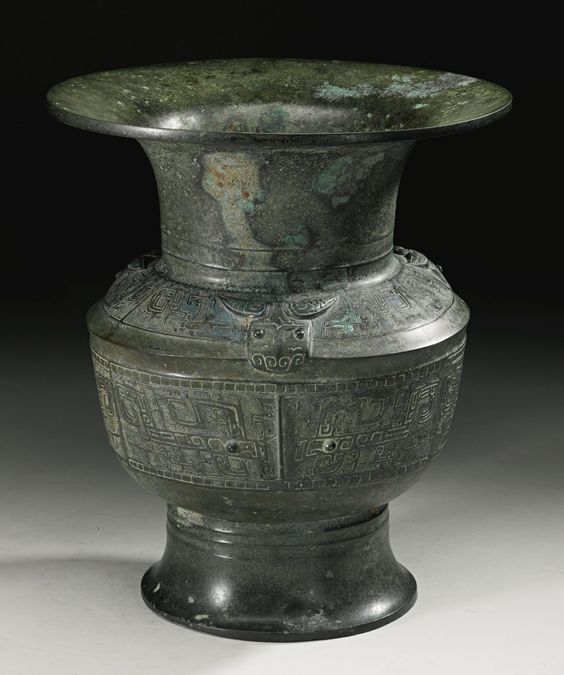 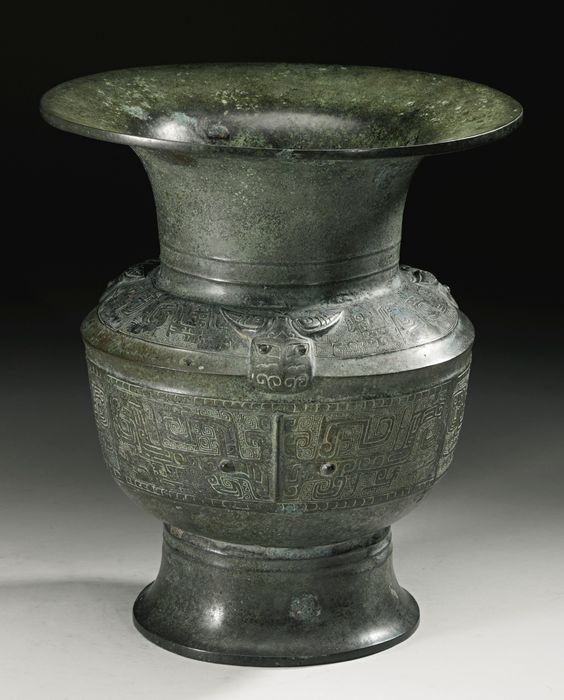 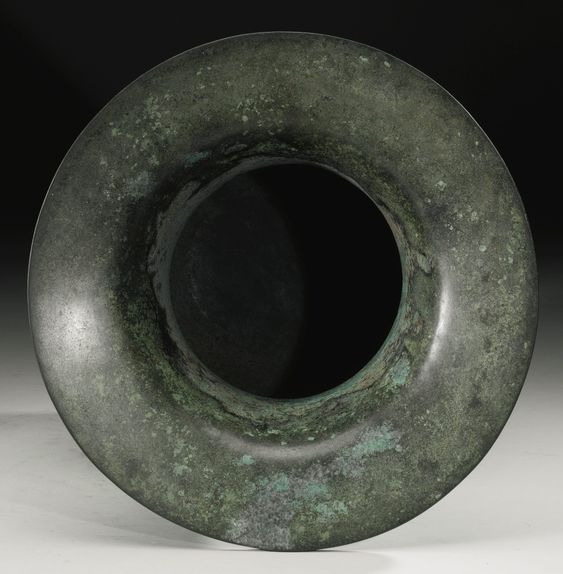 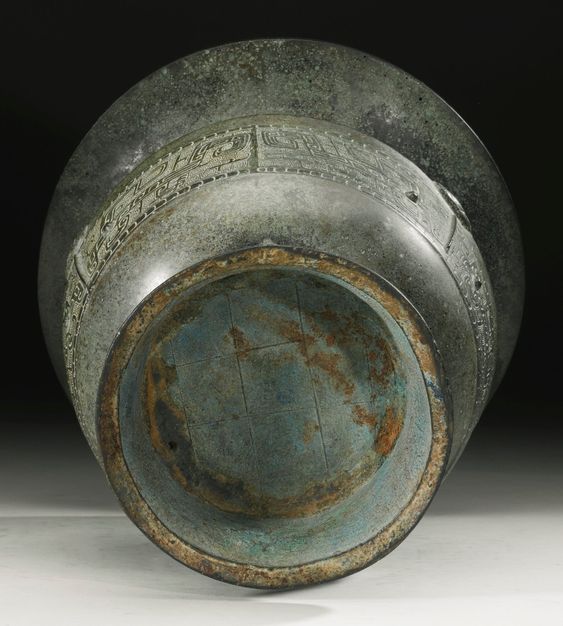 supported on a high splayed foot, the body crisply cast with three taotie with raised eyes in a broad band each bisected by a narrow flange against a leiwen ground, the angled shoulder with a further narrower band interrupted by three bovine masks in high relief, the neck encircled by a pair of bowstrings and rising to the widely flared mouth, the patina a smooth pale green with green and pale blue encrustation, Japanese wood box (2).

Note: In Shang Ritual Bronzes from the Arthur M. Sackler Collections, Washington D.C., 1987, Robert W. Bagley discusses the origin of the zun form, commenting that it seems to have evolved from the earlier lei and that the zun was one of the more popular forms during the first half of the Anyang period.  He mentions ibid p. 265 that of the excavated examples there seems to be a variation of size, placing the present example among the larger of the form, and proportion of the three sections.  A similar example but smaller and not as well cast is illustrated, ibid, no. 45 along with another, in the Brooklyn Museum, New York, fig. 45.1, p. 281.