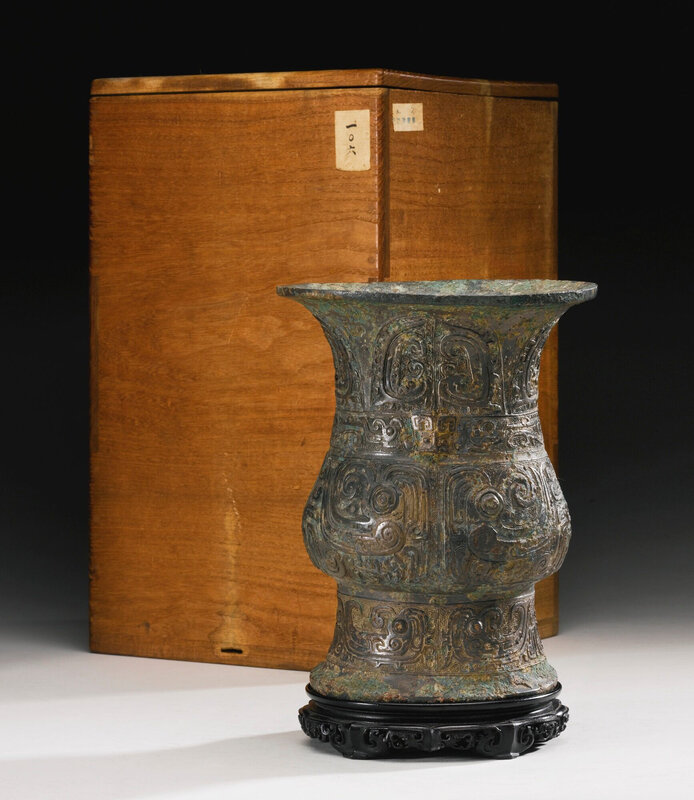 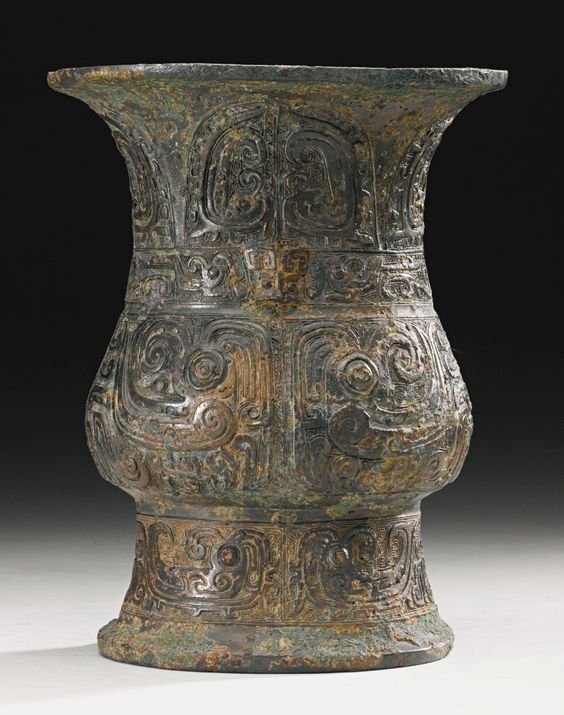 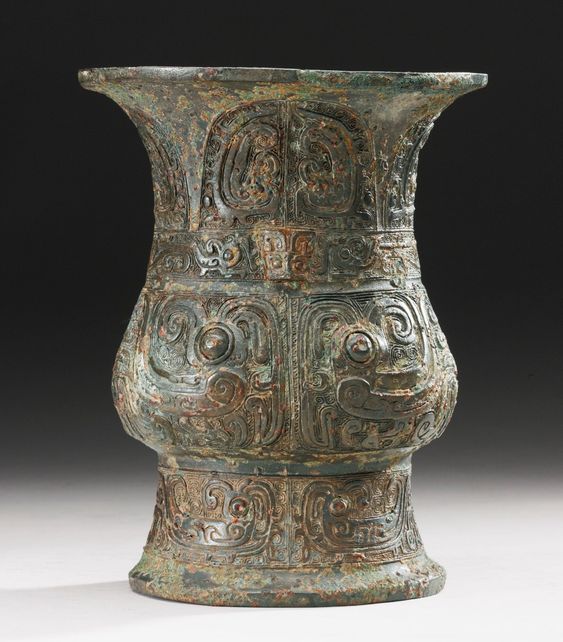 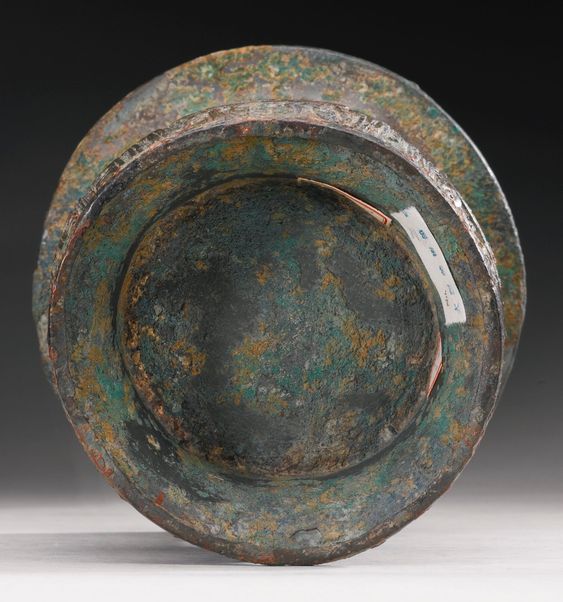 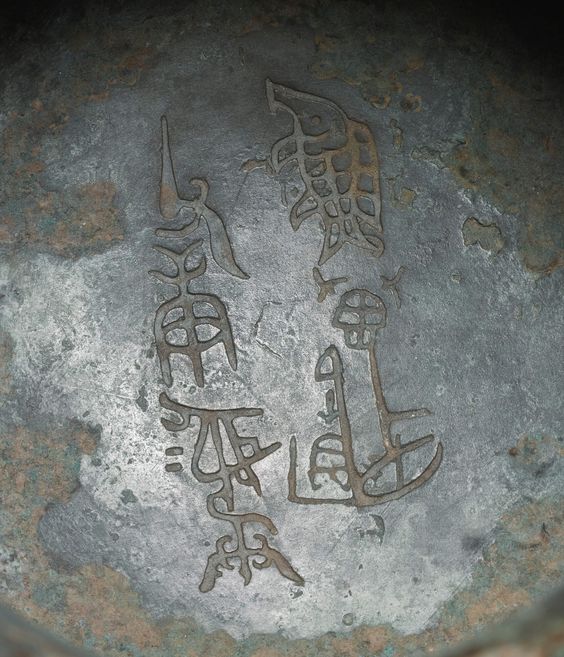 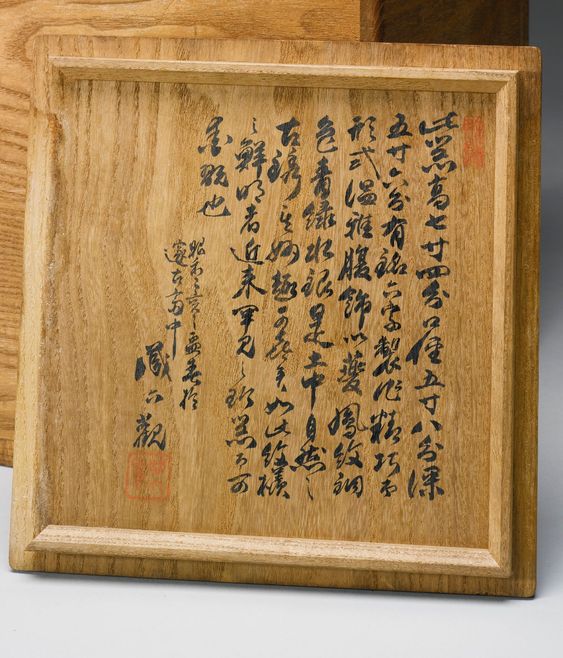 the pear-shaped body crisply cast with a frieze of archaic phoenix, a less elaborate version of the design repeated on the tall splayed foot, the neck decorated with upright lappets enclosing pairs of addorsed kui dragons above a phoenix band bisected by bovine masks, the bottom of the interior cast with an inscription reading Yu  (X) zuo Fu Geng yi, the surface with some malachite and ferrous encrustation, wood stand and boxes (4).

Note: The inscription may be translated as Yu X (personal name) had this vessel made for Father Geng.  Three zun dated to the Middle Western Zhou are illustrated by by Jessica Rawson, Western Zhou Ritual Bronzes from the Arthur M. Sackler Collections, Vol. IIB, Washington D.C., 1990.  The first, with an almost identical design and of similar height is in the collection of the Hakutsuru Bijutsukan, Kobe and is illustrated on p. 591 fig. 90.3. The next  from the collection of the University Museum, University of Pennsylvania, is also similarly decorated except that there is no decoration on the foot, and is illustrated on p. 591, fig. 90.4.  The third example is from the Arthur M. Sackler Gallery, and is illustrated ibid., p. 592.