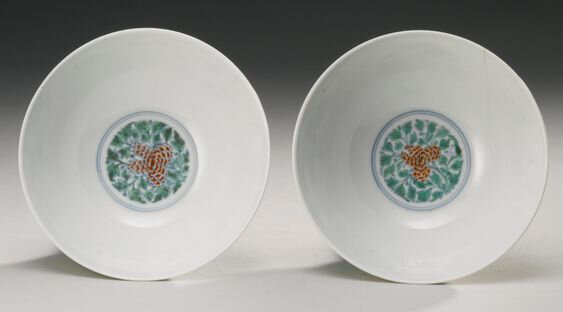 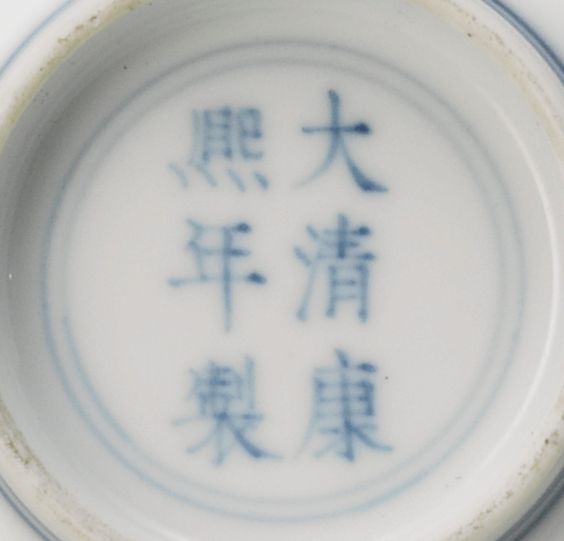 each with gently rounded sides and lipped rim, the exterior delicately painted with five round medallions of flowering peonies in yellow, aubergine, green and iron-red enamels, the interior similarly decorated with a single medallion, six-character mark in underglaze blue within a double circle (2).

Note: Bowls of this simplified, 'Chenghua style' composition are rare, particularly so with a Kangxi reign mark.  A bowl with same decoration and dimension was sold in our Hong Kong rooms 20th May, 1980, lot 137. Other known related examples with Yongzheng marks include one in the National Palace Museum in Taipei, illustrated in Enamelled Ware of the Ch'ing Dynasty, Book I, pls. 3, 3a-c, p. 76. Another similar pair with Yongzheng marks from the T.Y. Chao Collection, Part II was sold in our Hong Kong rooms on 29th November 1978, lot 328 and again on 19th May 1987, lot 297.