BRESCIA.- More than eight hundred works of art, including important paintings by Canaletto, Longhi, Tiepolo, Guardi, Boucher, sculptures by Filippo Parodi, from Genoa and by Della Porta from Rome beside precious baroque and rococo furnishings mostly French and Venetian and extraordinary applied art from XVII and XVIII Century.

Everything will be exhibited from next February 5th when the Casa Museo of the Fondazione Paolo e Carolina Zani per l’arte e la cultura will open in Cellatica (Brescia, Italy), Via Fantasina 8. Young people and adult, thanks to guided tours, will discover this exceptional Collection of sculptures, paintings, furnishings and applied arts collected in more than thirty years of intensive search by the businessman Paolo Zani from Brescia.

Conservation, preservation and promotion of the Casa Museo is the main purpose of the Foundation recently established and entitled to Paolo and Carolina Zani Furthermore the Foundation aims to support culture through the donation of contributions for the formation of young people establishing awards and scholarships. The direction is entrusted to Massimiliano Capella.

The Board of directors comprises seven members: Pierfrancesco Amoroso d'Aragona, Nini Ferrari, Davide Mannatrizio, Patrizia Ondelli, Enrico Zampedri, Anna Zani and Claudia Zola who is the President of the Foundation.

As reported by the President Claudia Zola: «Today this house becomes a museum that wishes to dialogue with his Foundation, a lofty idea that I wish to support as though he were still here with us. And if today collecting art has become practically synonymous with collecting contemporary art, opening this treasure trove reveals another special thing about Paolo, that he loved—he who was so reserved and shy—the splendors of the eighteenth century, elegant in France, explosive in Rome, refined in Venice». In July 2018, Mr Zani himself wrote the introduction to the book (catalogue) (edited by Electa for Italy and by Rizzoli for the international distribution and containing a text written by the Director Massimiliano Capella and an essay by Alvar González-Palacios about the most important pieces of art in Casa Museo) where he defines his moral and spiritual heritage:

«Beauty is truth, truth is beauty - that is all Ye know on Earth, and all Ye need to know". The final words in Keats's Ode "On a Grecian Urn" that welcome the visitor to the entrance of my Casa Museo express better than any others the spirit that has guided me. For the English poet the contemplation of beauty is an inexhaustible source of life and inspiration. And if, as the Greeks would say, that which is beautiful is also true and good, then beauty can only lead us to discover the truth. As I have always said, "I won't be there" the day the Foundation is inaugurated, I am best represented by the works that I loved and gathered in this house. My reservation and idiosyncrasy about appearing has made me look to others like someone who is shy, even fleeting, and at times coarse. Here you will find what I like to refer to as the "tip of the iceberg," beauty that knows how to educate, beauty that can replace the experience of the absolute. What does not appear and what I would like to keep reserved is what the Foundation will do each and every day. Something good and true, that it may accompany my very personal search for the absolute». 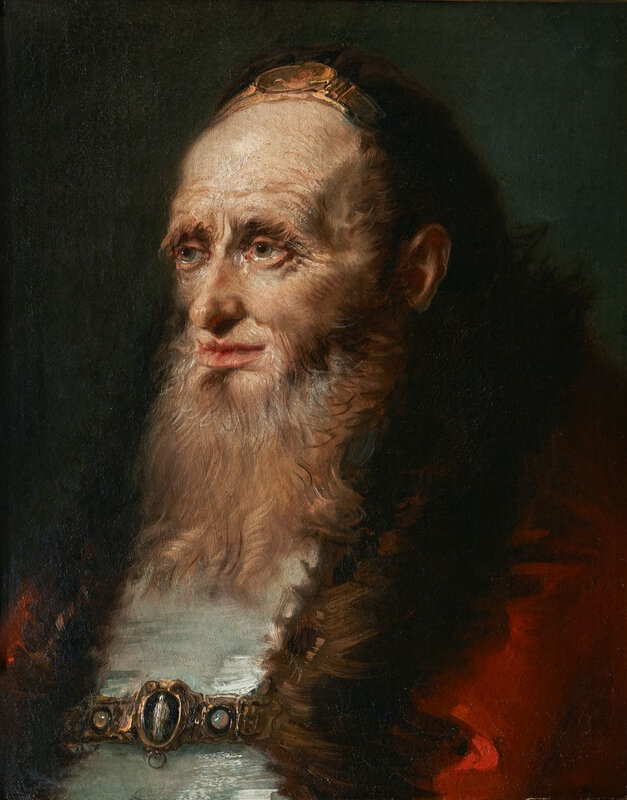 What the Casa Museo is and how it appears is outlined by the Director Massimiliano Capella in his essay of the catalogue a part of which is reported here:

«The Casa Museo preserves the taste, the aesthetic choices of the entrepreneur and collector Paolo Zani, his preferences in style, color, his everyday living needs. And so, even when modern-day museographical criteria would opt for choices that differ from the ones that accompany the visitor, the goal of this particular museum is to preserve the aura of a private residence, the aura of the Zani home. Curiosity and instinct were the sole guides that, in over three decades, oriented the collector in his acquisition of paintings, sculptures, objets d'art, furnishings, flowers and plants that now make up the collection and the garden at Cellatica. Inside his home Zani freely expressed his personal taste, one that described a specific sentiment, a personal path that was often unfathomable, and that changed as the years went by, becoming more refined, mature, but that always depended on an innate force that this collector possessed: instinct. The instinct of feeling, perceiving an object, a material. The same instinct that triggers intense passion and the desire to own "the sought-after piece" right away and whatever the cost!

The evolution of taste and the choices of collecting that have led to the creation of important public and private collections is, undoubtedly, one of the most fascinating themes dealt with in art history, especially that which concerns the twentieth century. Alongside critical junctures between the history of taste, the circulation of artworks and markets, are focused on the individual figures of patrons and modern-day benefactors. It is precisely within this context that the Casa Museo at Cellatica takes its place, an institution that, in its principal forms, preserves the original design of the architect Bruno Fedrigolli (1921-1995), famous for having designed for the nearby major city the Crystal Palace, the Chamber of Commerce building, and the famous Cordusio.

The construction of the villa in Cellatica dates to 1976 and is inspired by the model of the Roman domus, divided by eleven rooms arranged around a quadrangular pool in the middle, originally an impluvium, and later transformed for the purposes of the exhibition of a part of the collections. The house is characterized by a large exterior portico that connects the service areas, now set up as museum services, with a nymphaeum. The architecture is surrounded by an Italian-style garden measuring over three thousand square meters, conceived by Zani himself as the ideal continuation of the way the collection is arranged. House, garden, and objets d'art thus reflect Zani's taste in collecting and decorating; in organizing the transition to a museum, he wanted these elements to be preserved and safeguarded.

Venetian, Roman, and French Baroque art makes up the main corpus of the Zani collection, which comprises a total of about eight hundred and fifty works, especially applied art objects, furniture and furnishings. The other major section of the collection comprises the Venetian painting of Guardi, Canaletto, Longhi, and Tiepolo. The paintings on display number around thirty. 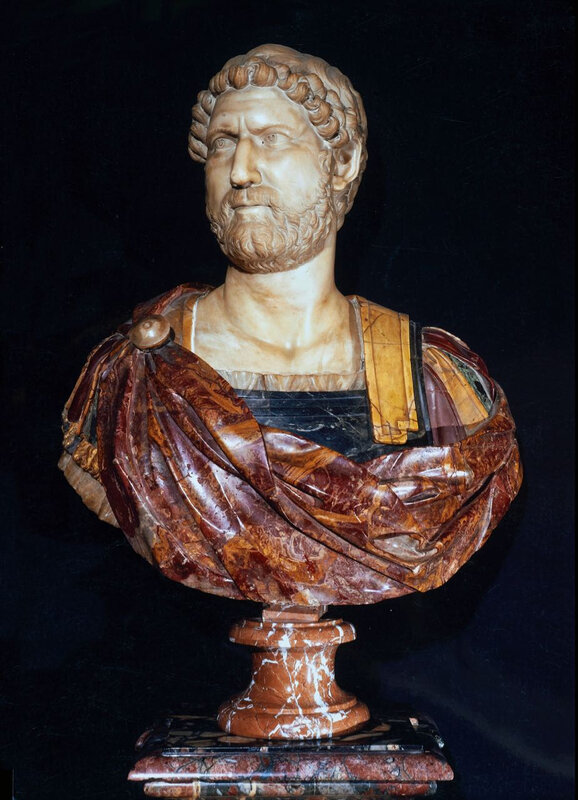 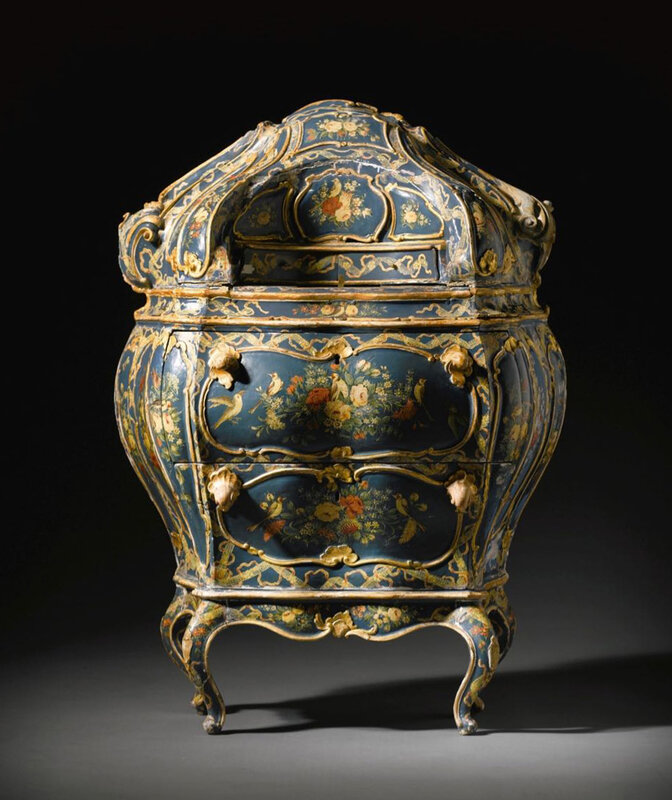 Currently not on display, Paolo Zani's first acquisition in 1988 is, as is often the case, symptomatic of a taste that would be consolidated in over three decades: an eighteenth-century Venetian chest of drawers. An object that instinctively expresses a predilection for Venetian art, and that clarifies both the philosophy behind its collection, and the role played by the work of art which is, for Zani, a piece of decor that is experienced within the everyday context of the home. A collection to be inhabited, to be used on an everyday basis. A collection with no speculative end, nor dictated by art-historical training: in the field of art Zani was self-taught and rarely sought the help of experts and advisers. As Alvar González-Palacios also believes, “anyone who thinks decorating a house is easier if you have an art-historical background is mistaken." What you do need is the courage to express your taste freely, in Zani's case, accompanied by a precise idea about the work of art, which is never either an investment or a trophy to be put on display, but, rather, a simple decorative element for the house. This is also why this collector has never tried to create a storage area, and has always exhibited all the objects he acquired. Hence, for as long as it remained a private residence, the Zani home was an intimate place, secluded, far away from social life. Until the very last day, Paolo lived in the house in Cellatica, the entrepreneur did not share his collection, which was practically unknown even to the scholars and the specialists. González-Palacios himself, who has devoted an essay to a choice of the objects in the Zani collection in the following pages, was aware of some of the objects now on view in the Casa Museo, but only because they came from other prestigious collections that the scholar had the opportunity to see and catalogue over time, before they joined the collection in Cellatica».