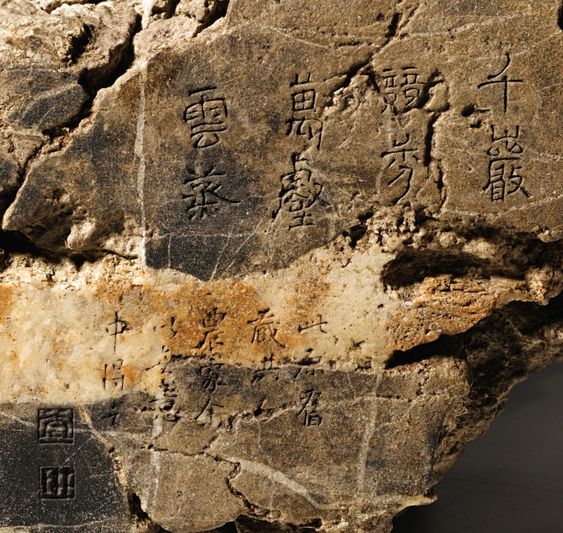 Note: A native of Anhui, Hong Fan (studio name Shinong), served the Qing court and was at one time named the Yan Yi Caodao (‘chief canal officer of Yanzhou and Yizhou’). Hong, also a scholar, excelled in poetry and calligraphy, as well as painting, especially flowers and birds. Following the styles of landscape and bamboo painting masters such as Huang Gongwang (1269-1354) and Su Shi (1037-1101), Hong’s works were recognised to attain the essence of antiquity.

Cha Lin, who also went by the name Shixie, his zi Dongsheng or hao Shaomei, was a native of Haining, Zhejiang and painter active in the late Qing dynasty. Influenced by early Qing masters such as Gao Qipei (1660-1734) and Yun Shouping (1633-1690), his portraits, still life and animal paintings were highly appreciated. Cha was also renowned for his calligraphy in seal and clerical scripts.