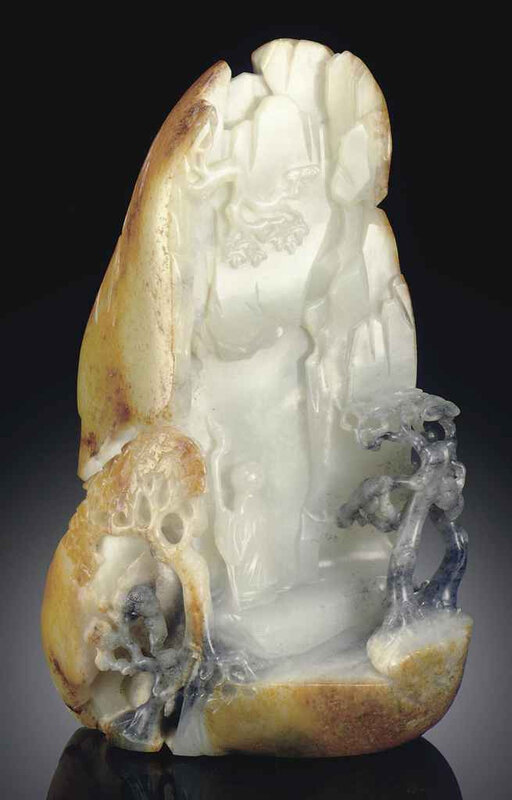 Well carved from a large pebble of rounded triangular section, on one side a sage holding a staff peers upwards at an overhanging tree branch projecting from the rock face of the vertical mountain, the ledge on which he stands flanked by trees carved in openwork, the pine trees carved from the grey areas of the stone, the wutong tree highlighted by russet skin as are other areas of the mountain on the reverse where two cranes stand beneath a pine tree beside a rushing stream, with a whirlpool carved in the countersunk center of the rock-carved base, wood stand, box.

Note: The carver has made superb use of the differing colors in the stone to create a lively composition. The boulder is very deeply carved, resulting in a stage-like platform at the front of the carving which draws the viewer into the intimate setting.

Compare the composition of the present boulder with another of celadon tone, also carved with a lone sage, and with the addition of an inscribed poem describing the scene, from the Seattle Art Museum, illustrated by Geoffrey Wills, Jade of the East, New York, 1972, fig. 58.