NEW YORK, NY.- Opening at Neue Galerie New York on February 20, 2020, “Madame D’Ora” will be the largest museum retrospective on the Austrian photographer ever presented in the United States. Dora Kallmus (1881–1963), who came to be known as Madame d’Ora, was an unusual woman for her time with a spectacular career as one of the leading photographic portraitists of the early 20th century. The exhibition will consist of sections devoted to the different periods of her life, from her early upbringing as the daughter of Jewish intellectuals in Vienna, to her days as a premier society photographer, through her survival during the Holocaust. On view through June 8, 2020, the show will include more than 100 examples of her work, which is distinguished for its extreme elegance, and utter depth and darkness.

Forging a path in a field that was dominated by men, d’Ora enjoyed an illustrious 50-year career, from 1907 until 1957. Known today primarily for her work as a portrait photographer of the artistic and social elite of Europe, she also worked in other genres, in particular fashion. D’Ora was admired for her ability to capture the best features of her sitters, one of whom beseeched her to “Make me beautiful!” Her late work, by contrast, is a testament to her suffering and personal loss in the aftermath of the Holocaust.

VIENNA (1906-24)
Dora Kallmus was born into a privileged background and came of age amidst the creative and intellectual atmosphere of fin-de-siècle Vienna. She was extremely well cultured, and traveled abroad with her parents and governesses. It was on one of these sojourns that the young Dora found herself drawn to photography; at age 23 while on a trip to the Côte d’Azur, she purchased her first camera, a Kodak box camera. She was immediately fascinated by its operation and resolved right then to train in the field. Kallmus might well have become an amateur photographer, a hobby indulged by a few upper-class women of the day, but she always insisted on a fully professional approach, and began her career by taking an apprenticeship with established photographer Nicola Perscheid in Berlin. In May 1906, she was entered as a photographer in the commercial register, self-styled as Madame d’Ora. She took portraits of friends from her circle, and was the first woman photographer in Vienna to open her own studio.

In the autumn of 1909, an exhibition of around 100 photographs by d’Ora received a lively response from the media. The reports not only praised the artistic style of the portraits but also emphasized the prominent figures streaming into the show. Over the course of her lifetime, d’Ora turned her lens on many artists, including Josephine Baker, Colette, Gustav Klimt, Tamara de Lempicka, and Pablo Picasso, among others. Alongside these commissions, she also photographed members of the Habsburg family and Viennese aristocracy, the Rothschild family, and other subjects, such as prominent cultural figures and politicians. D’Ora had close ties to avant-garde artistic circles and captured a number of members of the Expressionist dance movement with her lens, including Anita Berber and Sebastian Droste. Fashion and glamor photographs were another important mainstay of her business and she regularly photographed Wiener Werkstätte fashion models and the designer Emilie Flöge of the Schwestern Flöge salon wearing artistic reform dresses. 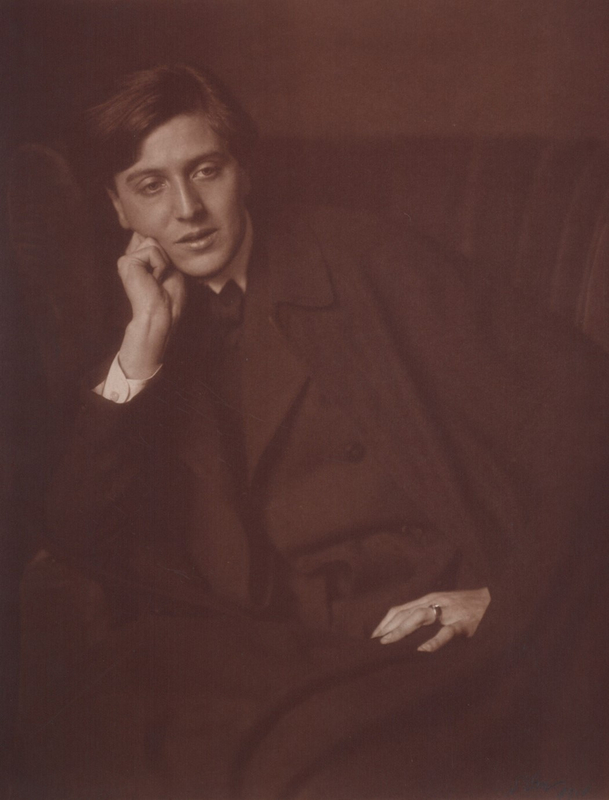 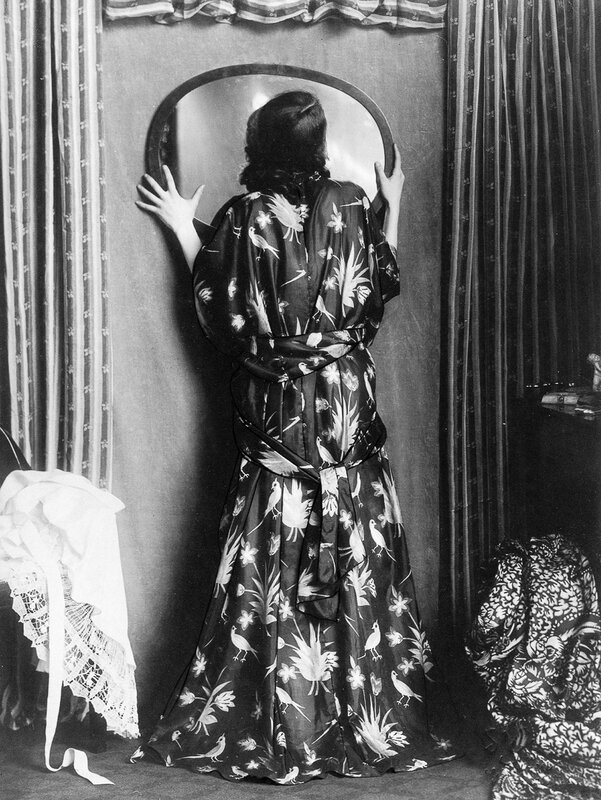 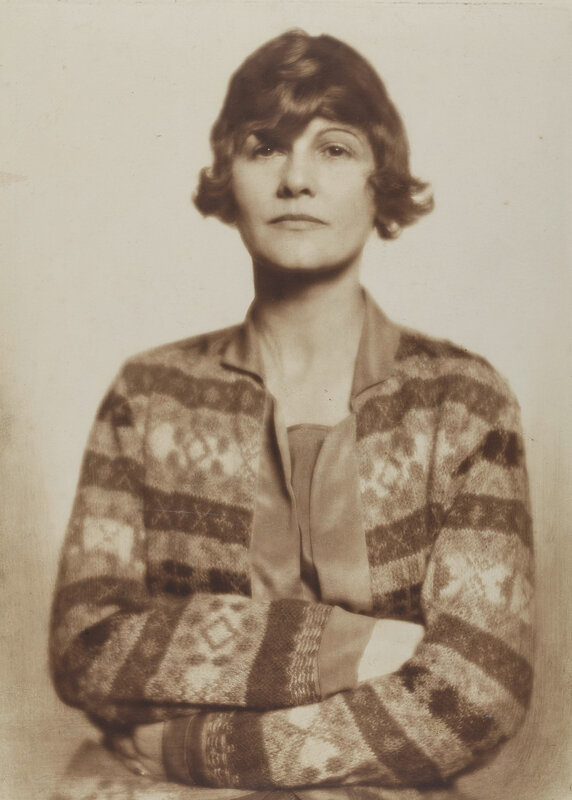 PARIS (1925-38)
In 1922, d’Ora published in French Vogue for the first time and in 1923 in L’officiel de la couture. When she moved to Paris in 1925, she struck out on her own and shifted her focus to fashion, covering the couture scene and leading lights of the period until the mid1930s. She befriended key figures, such as the French milliner Madame Agnès and the Spanish designer Cristóbal Balenciaga, as well as the top fashion magazine editors of her day. She also began to accompany celebrities—Cecil Beaton, Maurice Chevalier, Colette— whose glamorous images she helped create and sustain.

When d’Ora first arrived in Paris, spectacular clothes were published in magazines as illustrations, but the industry was rapidly evolving. By July 1925, her photographs were dominating L’officiel de la couture. The images of dresses and accessories by designers such as Balenciaga, Coco Chanel, Jeanne Lanvin, and Jean Patou served not only promotional purposes but also under French law secured copyright protection for the designs illustrated. This concept explains the simplicity, austerity, and clarity of d’Ora’s photographs from this period.

D’Ora maintained prominent status up until the Nazis seized control of Paris in 1940, at which point she was forced to close her studio and flee. She spent the war years in a semi-underground existence living in Ardèche in the southeast of France. Her sister Anna Kallmus, along with other family and friends, died in the Chełmno concentration camp. 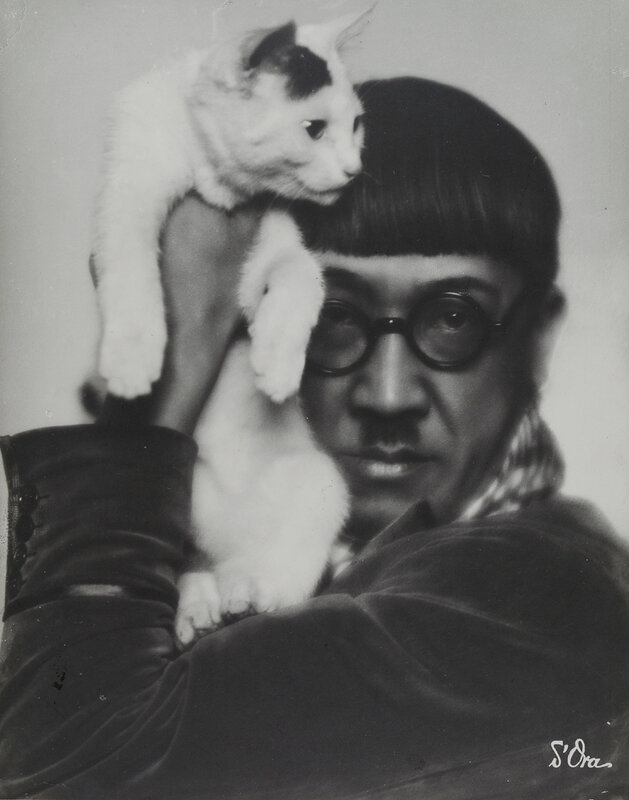 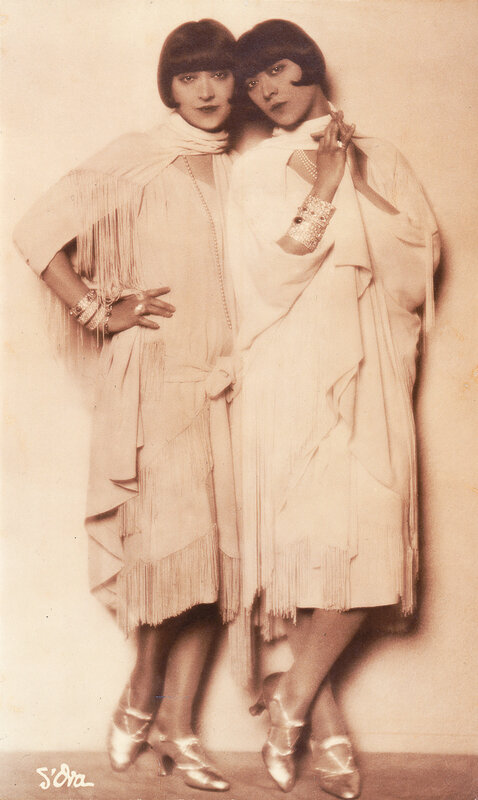 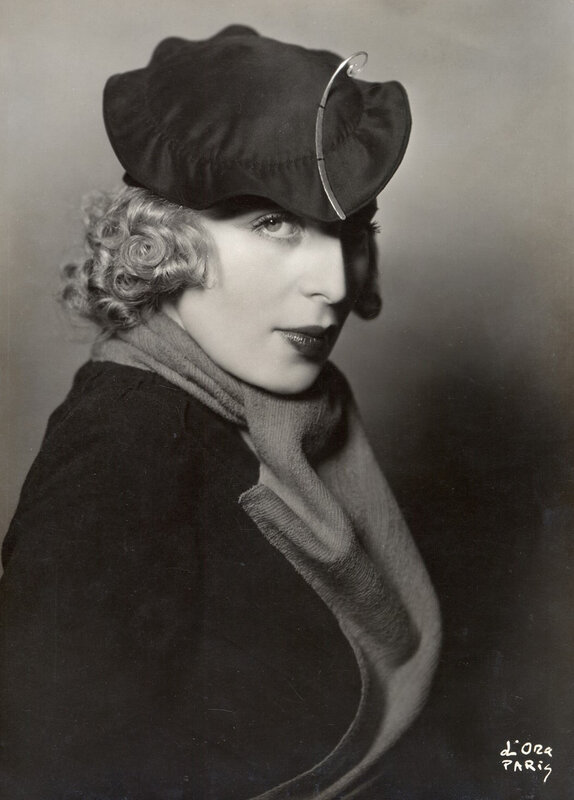 AFTER WORLD WAR II
Upon the conclusion of World War II, d’Ora returned to Paris, profoundly affected by personal losses. Resuming her career, she pushed into new, sometimes darker directions. Around 1948, she embarked on an astonishing series of photographs in displaced persons camps (refugee camps), which was commissioned by the United Nations. She concentrated on old and sick people and defenseless children, portraying them as comrades in suffering. Equipped with a 35-mm camera and a Rolleiflex, she went to Jewish residences in Salzburg and Vienna, documenting the harrowing reality of concentration camp survivors. These photos stand in stark contrast to her earlier glamorous work. Around seven photographs from this series are featured in the exhibition.

D’Ora managed to regain a foothold in Paris despite being over the age of 65. From around 1949 to 1958, d’Ora worked on a project, which she called “my big final work.” She visited numerous slaughterhouses in Paris, and amid the pools of blood and deathly screams, she stood in an elegant suit and a hat photographing the slaughtered animals hundreds of times. She was often presenting the death and mutilation of single animals, focusing on their individual anguish. Despite the gory subject matter, she captured these scenes with dignity and humanity. D’Ora was fascinated by the suffering of voiceless creatures. This was a deeply personal project: she spoke of persecuted Jews as vulnerable animals being slaughtered. The exhibition includes about eight photographs from this haunting series.

While she lacked an elegant studio in Paris, d’Ora’s lasting connections to wealthy and prominent clients remained, and many of them returned to her. She abandoned commercial fashion photography almost entirely and overwhelmingly shot portraits in living rooms or outdoors, in stately palaces, well-kept gardens, and chic summer villas on the Côte d’Azur. D’Ora regarded many of her commissioned portraits of this time as a necessary evil: “I had to return in part to the portrait, solely for the money.” 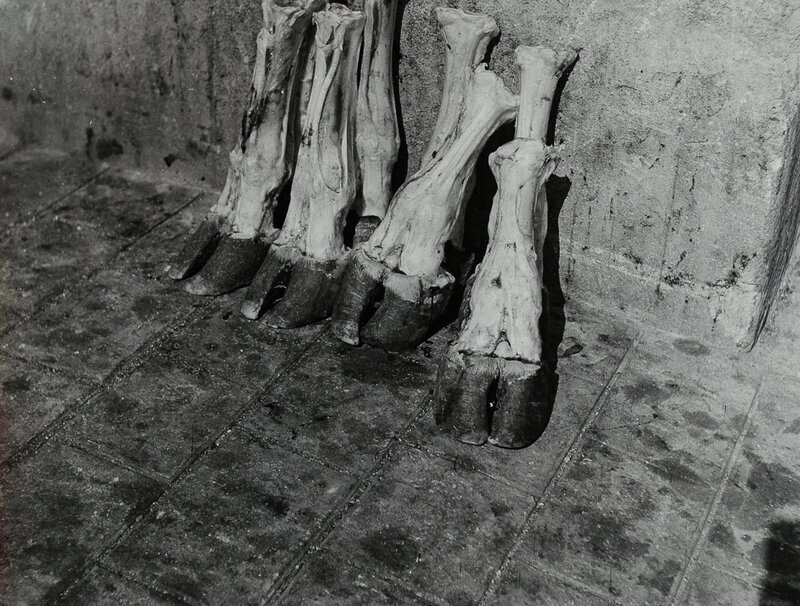 THE SUN KING’S PARTY (1953)
An example of such a commission is d’Ora’s photography of a September 1953 party of epic scale that took place in Biarritz. In the aftermath of the war, spirits were low. To raise morale, Jorge Cuevas Bartholín, better known as George Cuevas or the Marquis de Cuevas, organized a party with around two thousand guests. The theme of the evening was the 18th century, and costumes were strictly required, both for the most elegant guests and for the service personnel, and even for the police who had been hired for security. In order to preserve the memory of this ephemeral pleasure, Cuevas invited camera operators and photographers. D’Ora had also been hired, but she did not attend the evening itself, being no “femme des bals.” Instead, she depicted the lavish and expensive costumes, removed from the context of the actual event, in tasteful, stylistically authentic ambiences. D’Ora photographed the marquis and his daughter, Elizabeth Strong-Cuevas, as well as selected friends and guests, such as the famous hair stylist Alexandre and the dancer Henriette Pascar. She took care to eliminate all props that did not suit the period, and the contact prints show markings to remove buildings “from the wrong period” by retouching. The costumes must have made a strong impression on d’Ora. A year later she asked Elizabeth Strong-Cuevas to pose wearing the Pierre Balmain dress that had been made especially for the party. The exhibition includes a selection of photographs from this majestic series.

This exhibition spans the breadth of d'Ora's oeuvre and shows her remarkable ability to capture both the pinnacle of glamor and the pathos of death and suffering. In 1958, Jean Cocteau commented on d'Ora's versatility remarking: "Madame d’Ora, fanned by the wing of genius, strolls in a labyrinth whose minotaur goes from the Dolly Sisters to the terrible bestiary of the slaughterhouses—where this ageless woman, more lucid than any young man, brushes the killers aside with a gesture and sets up her camera in their stead in front of the daily sacrifice of our carnivorous cult."