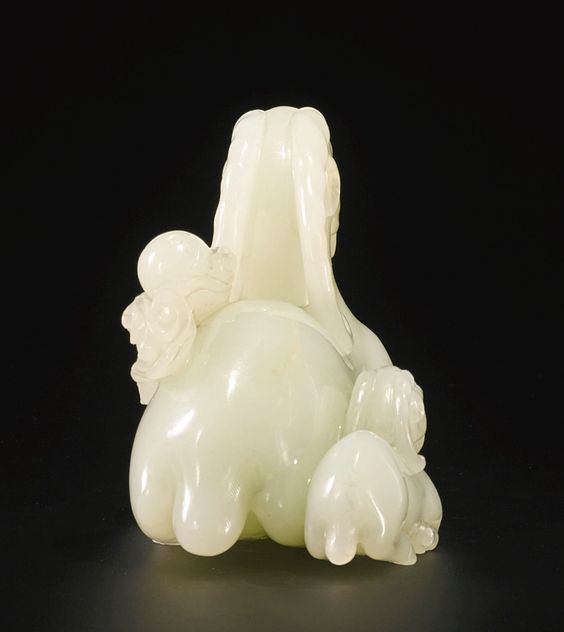 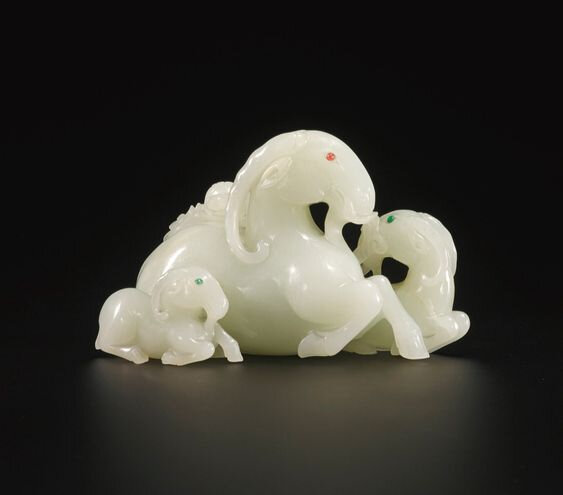 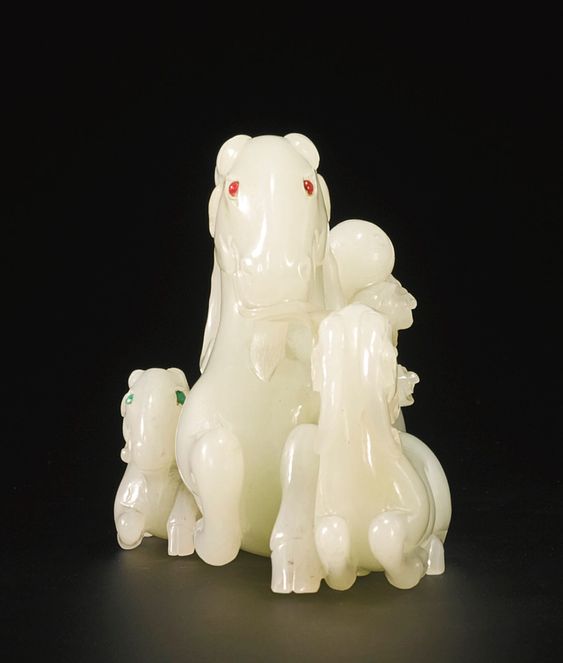 carved as a large ram recumbent with its young, one nestled to the front and another crouching behind, its bearded jaw issuing streams of swirling clouds supporting a taiji symbol, the eyes inlaid with red and green colored stones, the jade of an even white color.

Provenance: Collection of Robert von Hirsch, prior to 1977, thence by descent.

Note: Whilst the subject of 'three rams' is a motif commonly found in jade carvings (see the note to lot 298), this carving appears to have been inspired from Mughal jades.  Shu-Tung Teng from the National Palace Museum, writes in Exquisite Beauty - Islamic Jades, Taipei, 2007, p. 277 that Mughal jades were introduced to the Qing empire during the Qianlong Emperor's reign in 1756, when jade tributes were sent to the Qing court from Uighur chieftains in the Muslim regions.  Qianlong is known to have admired these jades and Chinese craftsman were soon commissioned to fashion wares in a similar style, often merging Chinese and Mughal form and designs.  The Mughal style of embellishment is seen on the present ram group whose eyes are inlaid with colored beads, which are most likely later replacements for original ruby beads, something that is rarely seen on Chinese jade carvings of animals.