Left: Studies of the Upper Body of a Man, and Separate Studies of an Arm, a Hand, and an Ear; Sketch of a tree (detail), 1511–12, Michelangelo Buonarroti, red and black chalk. Right: Seated Male Nude, and a Study of His Right Arm (detail), 1511, Michelangelo Buonarroti, red chalk, heightened with white. Both Images: Teylers Museum, Haarlem. Purchased in 1790. © Teylers Museum, Haarlem.

LOS ANGELES, CA.- Michelangelo: Mind of the Master brings a collection of rare Michelangelo drawings of the highest quality to Los Angeles from February 25 through June 7, 2020, offering visitors the opportunity to see first-hand the genesis of some of the master’s most iconic works.

Michelangelo (1475-1564) is widely acknowledged as one of the most creative and influential artists in the history of western art. Indeed, his most famous works—from the marble David in Florence to the fresco paintings in the Sistine Chapel and the monumental dome of Saint Peter’s in Rome—have come do define the Italian Renaissance. Moreover, Michelangelo was a brilliant draftsman, making the up-close study of his drawings an unparalleled experience. 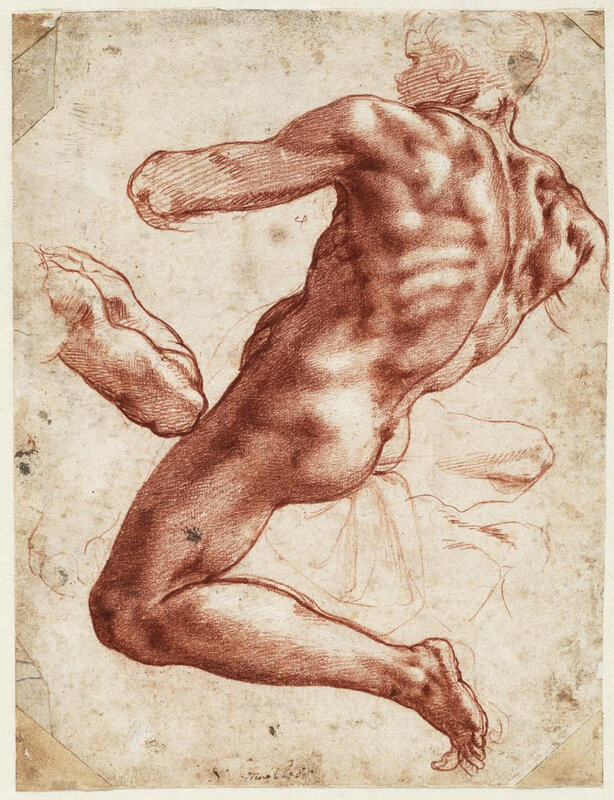 “Every one of Michelangelo’s iconic creations began with a drawing,” said Timothy Potts, director of the Getty Museum. “It is through his masterful drawings that we can witness his creative process at its most spontaneous and expressive. This exhibition presents works from the unrivaled collection of the Teylers Museum in the Netherlands that have never before been exhibited as a group in the United States. This exhibition is truly a once-in-a-lifetime opportunity that cannot fail to make a lasting impression on all who see it.”

Organized by the Cleveland Museum of Art and the Getty Museum in conjunction with the Teylers Museum, Haarlem, the Netherlands, Michelangelo: Mind of the Master brings an important selection of more than 28 exquisite Michelangelo drawings of the highest quality, many of which have never before been shown outside of Europe. Most of the sheets have sketches on both sides of the paper, and will be exhibited on freestanding pedestals so visitors can witness Michelangelo’s use of the entire sheet. 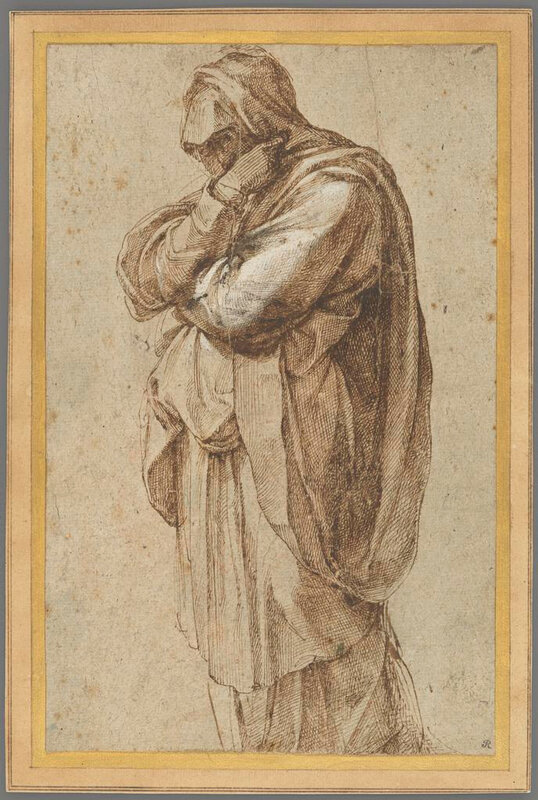 Given that Michelangelo burned large quantities of his drawings, the exhibition provides an unusual opportunity to experience firsthand a key group of surviving sketches, most of which were once in the collection of Queen Christina of Sweden (1626-1689), a fascinating and unconventional art-loving monarch who abdicated the throne and moved to Rome, where she built a famously important art collection.

“Drawing was a key aspect of Michelangelo’s creativity, and arguably no artist has used it more effectively in the expression of the human form,” said Julian Brooks, curator of drawings at Getty Museum. “From preparatory drawings and compositional sketches to detailed figure studies, the drawings in Mind of the Master are a revelation, offering incomparable insight into the fertile imagination and hard work of a titan among Renaissance artists.” The exhibition explores the range of Michelangelo’s work as a painter, sculptor, and architect through his works on paper, including designs for celebrated projects such as the Sistine Chapel ceiling, the Last Judgement, the Medici Chapel tombs, and the cupola of Saint Peter’s basilica, Rome.

For Michelangelo, drawing was a fundamental, lifelong activity. When he was a student, it helped him learn from other artists’ work; thereafter drawing was a tool he used to capture reality and the conceptions of his imagination. Consistently dedicated to drawing the human figure from life, a growing practice in Florentine artists’ studios at the time, Michelangelo took this to a new level of verisimilitude through keen observation, as well as by studying dissected corpses to better understand the underlying muscles. 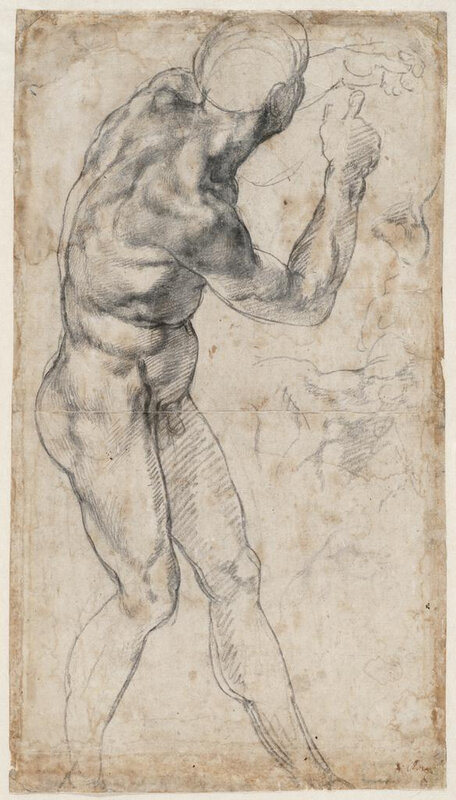 Early in his career, Michelangelo drew mainly in pen and ink, but he soon came to appreciate the convenience and effectiveness of naturally mined chalk. He used both red and black colors, preferring the latter as time went on.

Today, as through history, Michelangelo’s drawings are valued not only as works exhibiting extraordinary skill but also as windows into the mind of the master —an intimate way to explore the creation of some of the greatest works of Renaissance art. 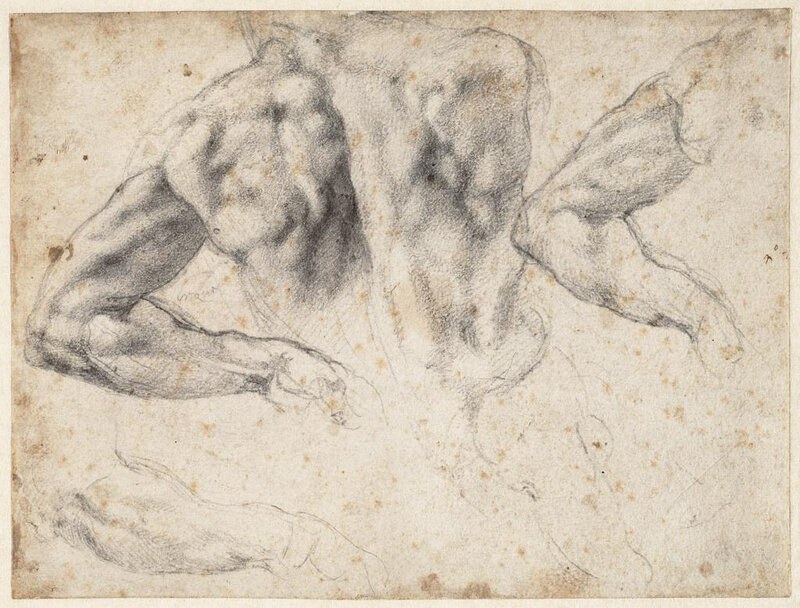 The Teylers Museum opened its doors in 1784 and is known as the oldest museum in the Netherlands, with a collection that is unique in the world. The collection of Michelangelo drawings has been in the museum since 1791 and this is the first time they have left the Teylers Museum as a group. 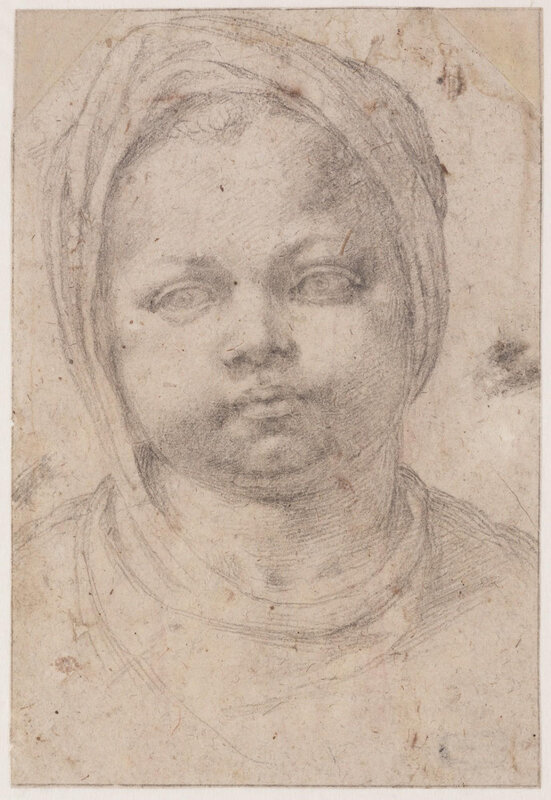 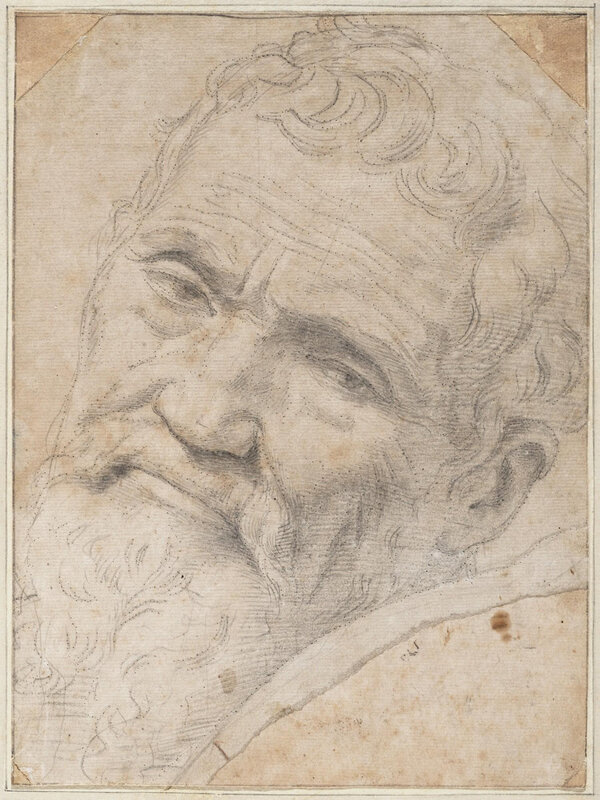