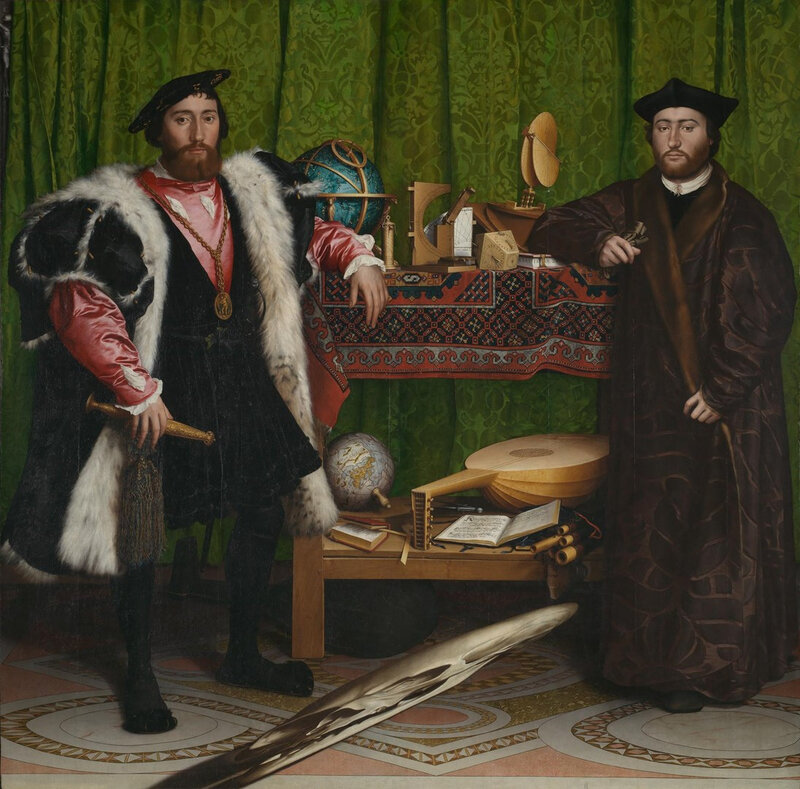 LONDON.- The National Portrait Gallery’s famous Henry VIII cartoon by Hans Holbein the Younger (1536-1537), is now on display for the first time in over twenty years next to the painting that partly inspired it, Holbein’s The Ambassadors, at the National Gallery.

One of the National Portrait Gallery’s most treasured works, this fragment of a preparatory drawing for a now lost painting, has very rarely been loaned since it was acquired by the gallery in 1957.

The portrait is the first in a series of works to be displayed at the National Gallery as part of the National Portrait Gallery’s major programme of activities, supported by Art Fund, which will see hundreds of works from the gallery’s collection shared across the UK when work begins on Inspiring People, the gallery’s biggest ever redevelopment, in July 2020.

The loaned portrait gives visitors to the National Gallery's Room 2, admission free, the exceptional opportunity to see five outstanding works by Holbein together.

The Holbein cartoon, which shows both Henry VIII and his father Henry VII, is the only remaining fragment of a spectacular life-size preparatory drawing of a lost painted group portrait of members of the Tudor royal family.

Destroyed when the royal palace of Whitehall burnt down in 1698, the painting from 1537 (recorded in a small painted copy) featured life-size portraits of Henry VIII, his third wife Jane Seymour (who had just died after giving birth to his long-awaited male heir, the future Edward VI), and his parents Henry VII and Elizabeth of York.

The composition of this destroyed painting was inspired by Holbein’s 1533 portrait of two French ambassadors to the English court. Now the cartoon and the National Gallery’s The Ambassadors can be seen next to each other.

Instead of shelves of objects seen in the National Gallery’s portrait of Jean de Dinteville and Georges de Selve, in the Whitehall finished painting Holbein included a tablet praising the achievements of the new Tudor dynasty.

As well as The Ambassadors, the cartoon can now be seen alongside two other Holbein paintings from the National Gallery’s Collection - Christina of Denmark, Duchess of Milan (1497/8 – 1543), which is another life–size portrait, and Lady with a Squirrel and a Starling (Anne Lovell?) (about 1526-8); and a portrait, on long term loan, of the great Dutch philosopher Erasmus. 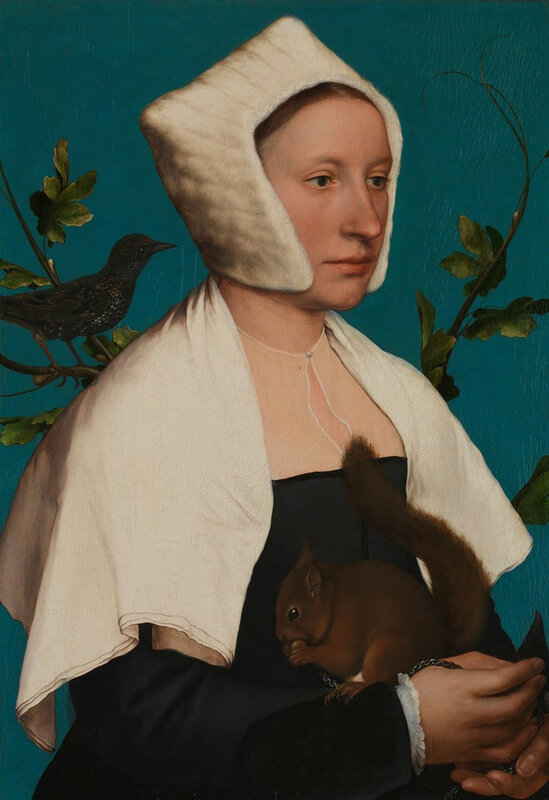 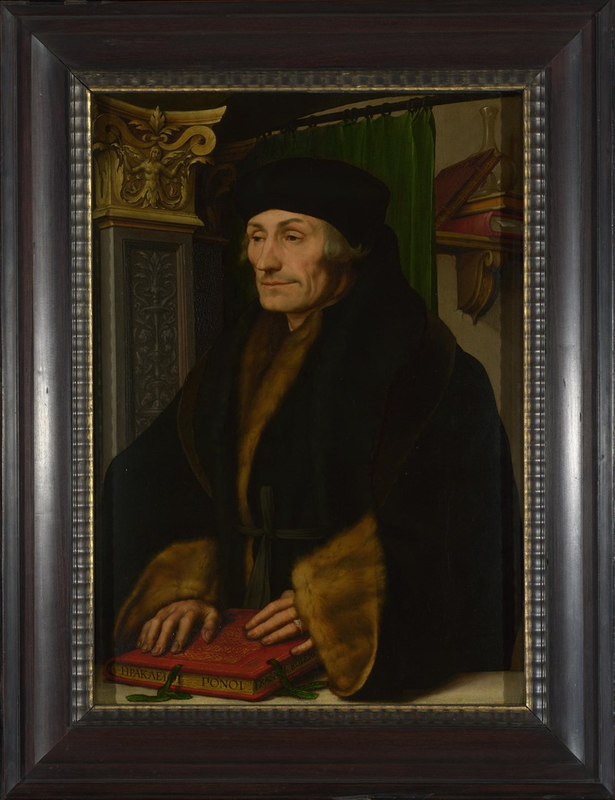 Dr Nicholas Cullinan, Director of the National Portrait Gallery, London, says: 'We are delighted our renowned Holbein cartoon has gone on display at the National Gallery, where it can be seen in an enlightening new context alongside The Ambassadors, which partly inspired it. These two potent images of power and politics are striking examples of the Tudor dynasty and diplomacy. Seen in the flesh and side by side, the parallels are fascinating, while the juxtaposition of preparatory drawing and finished oil painting reveals Holbein’s meticulous process.'

Dr Gabriele Finaldi, Director of the National Gallery, London, says: 'This exceptional juxtaposition of The Ambassadors and the National Portrait Gallery's cartoon of King Henry VIII with his father, Henry VII, provides a unique opportunity to see how Holbein fashioned portraits of power at the Tudor court. Never in England had propagandistic images been elaborated with such compelling force and such sublime artistry. They remain to our modern eyes extraordinarily impressive.'