"I am thrilled to be able to bring these works to Asia Week. The knowledgeable and enthusiastic collectors we see there are the perfect audience for our bamboo artists, both historic and contemporary," states Margo Thoma, Gallery Director. 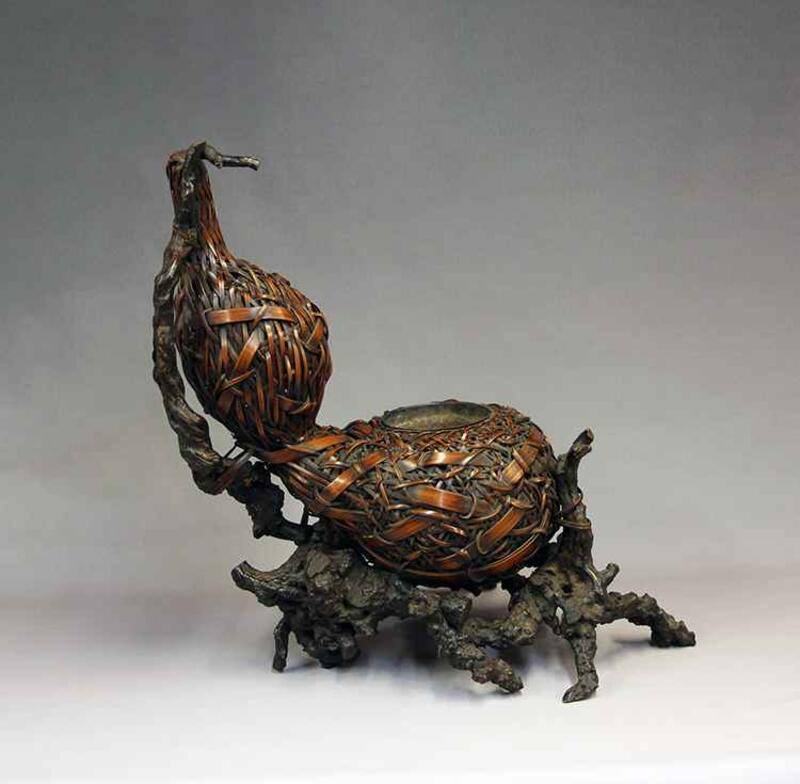 Selected Works of Japanese Bamboo Art features works by bamboo's most notable artists, including members of the historic Hayakawa and Tanabe family lineages and contemporary masters such as Honma Hideaki and Ebana Misaki, one of the medium’s few female artists. This exhibition provides Asia Week visitors the opportunity to see a diverse selection of exceptional bamboo art.

Alongside these works, TAI Modern presents Abe Motoshi’s first solo exhibition in the United States. This master artist is known for his numerous original plaiting techniques and devotion to the art form. A student of the legendary Shono Shounsai, Abe struggled at first. “I felt I was inferior. I hated myself for not being more artistic. It took me well over ten years to get over those feelings. I realized, after all, I can only be myself. Nothing more, nothing less.” Since then, Abe has stubbornly pursued his own style and personal vision of bamboo art. The baskets in this show, dating from 1979 to 2019, represent the full breadth of the artist’s career and creative expression.

TAI Modern was established in 1979. In 2014, Margo Thoma became the owner and Director, and she and longtime Director of Japanese Art, Koichiro Okada, have continued TAI Modern’s mission to support and promote Japanese bamboo art as a living art form. Works by TAI Modern artists have been placed in some of the country's most prestigious institutions, including the Asian Art Museum of San Francisco; the Metropolitan Museum of Art; the Museum of Fine Arts, Boston; and the Art Institute of Chicago.

These exhibitions are on view March 12-21 at COLNAGHI gallery, 38 E 70th Street.