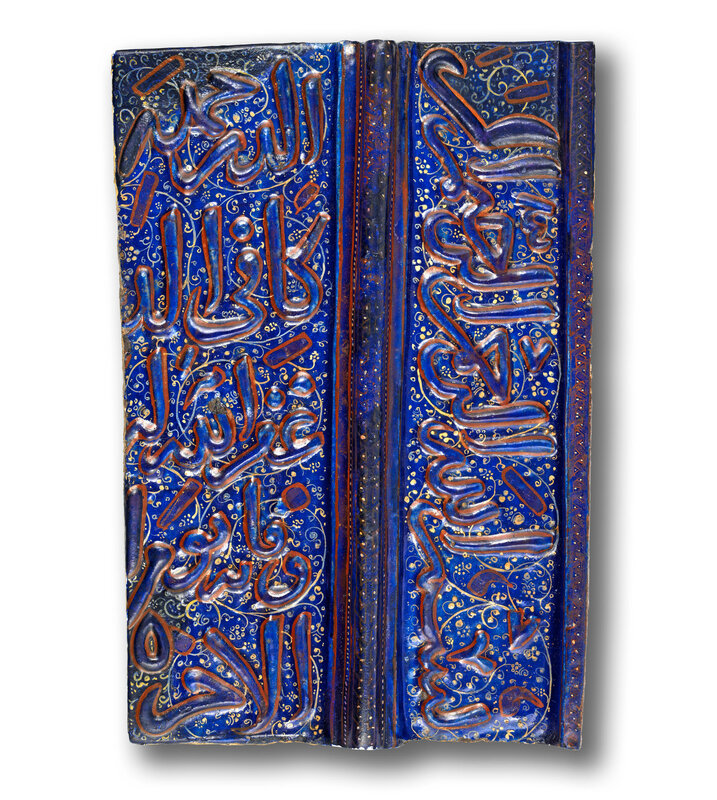 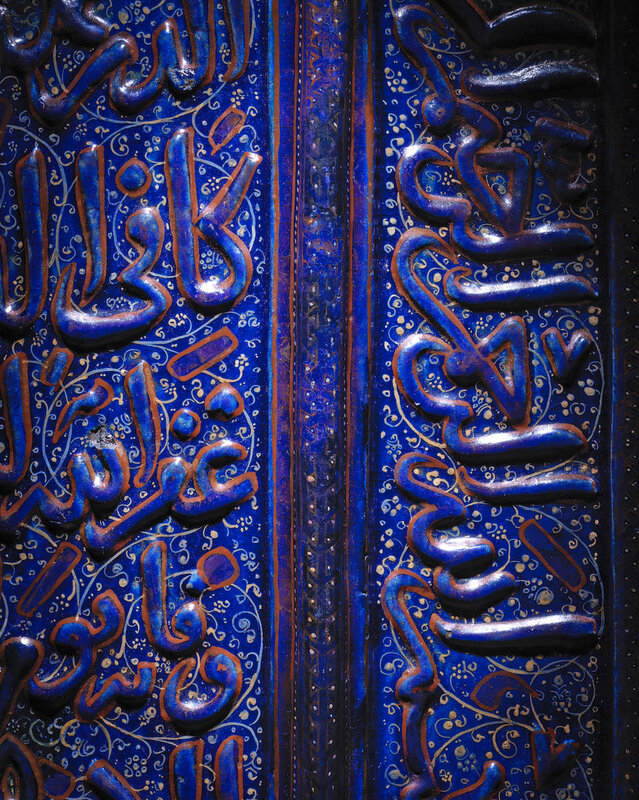 of rectangular form with central ridge and raised border to right, moulded and decorated in red, white and gold leaf on a cobalt blue ground with inscriptions in thuluth on a ground of scrolling vegetal interlace, the raised bands with cable design.

Provenance: Formerly in a Dutch private collection, Amsterdam, acquired in the 1960s.

The tile most probably formed part of a panel marking the death of the person buried in a particular shrine. A comparable tile is in the Art Institute of Chicago, reference no. 1925.198.