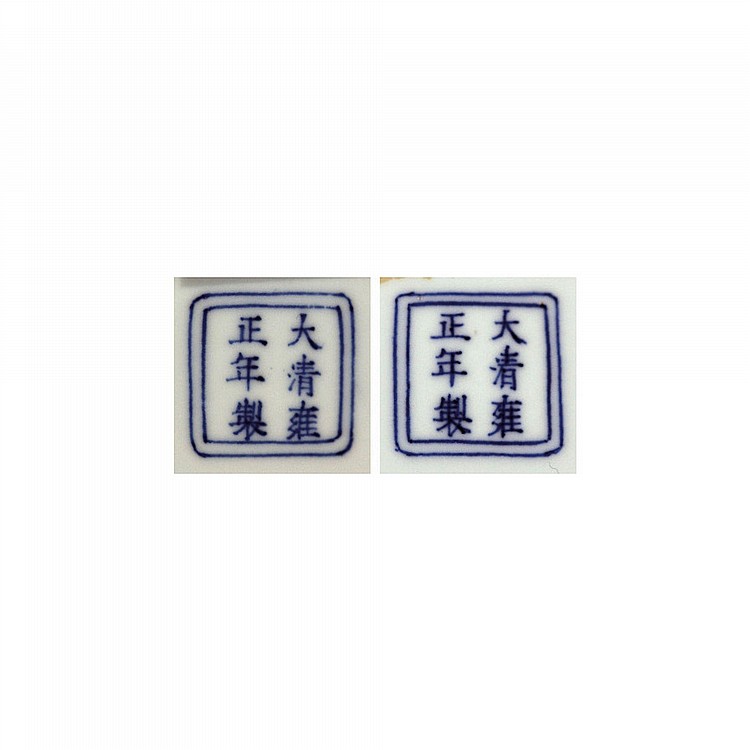 each with gently rounded sides rising from a short tapering foot to an everted rim, covered overall in a soft muted-green glaze, the white-glazed base inscribed with a six-character reign mark within a double-square.

Commentaires sur A pair of celadon-glazed dishes, Marks and period of Yongzheng (1723-1735)